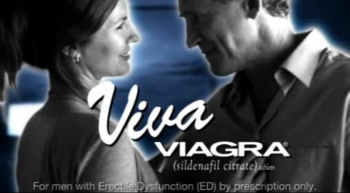 Viagra commercials make the ubiquitous dance=sex equation quite plain. While drug ads occasionally depict dance to represent vitality, Viagra commercials have long used dance as a metaphor for sex. A decade ago, the first Viagra campaign featured the tag line “Let the Dance Begin” for both television and static print advertisements.1 The current campaign — entitled “Viva Viagra” — brings racialized sexuality to the foreground through language, movement and music even as it visually dissociates this connection through its general casting and narrative. Though now a part of the English lexicon, “Viva!” recalls the Mexican /Spanish-language rallying cry as well as the Elvis film Viva Las Vegas! (1964). Both of these references are racialized and sexualized signifiers that evoke the US Southwest and the so-called sin-city of Vegas. If Elvis seems like a stretch as a racial figure, consider how he helped bring rock-n-roll into the mainstream, not to mention his role as the Native American son of Dolores Del Rio’s character in Flaming Star (1960). 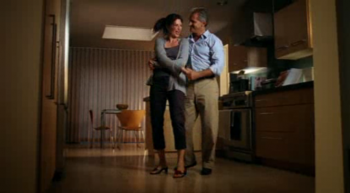 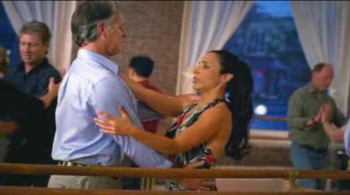 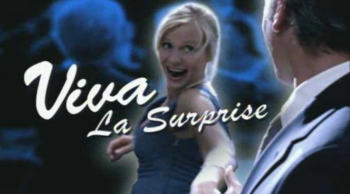