The Daily Show, The Colbert Report, and the Meta-Silly Season in Politics: Agenda Setting in the Contemporary Media Environment
Jennifer Brundidge / University of Texas – Austin 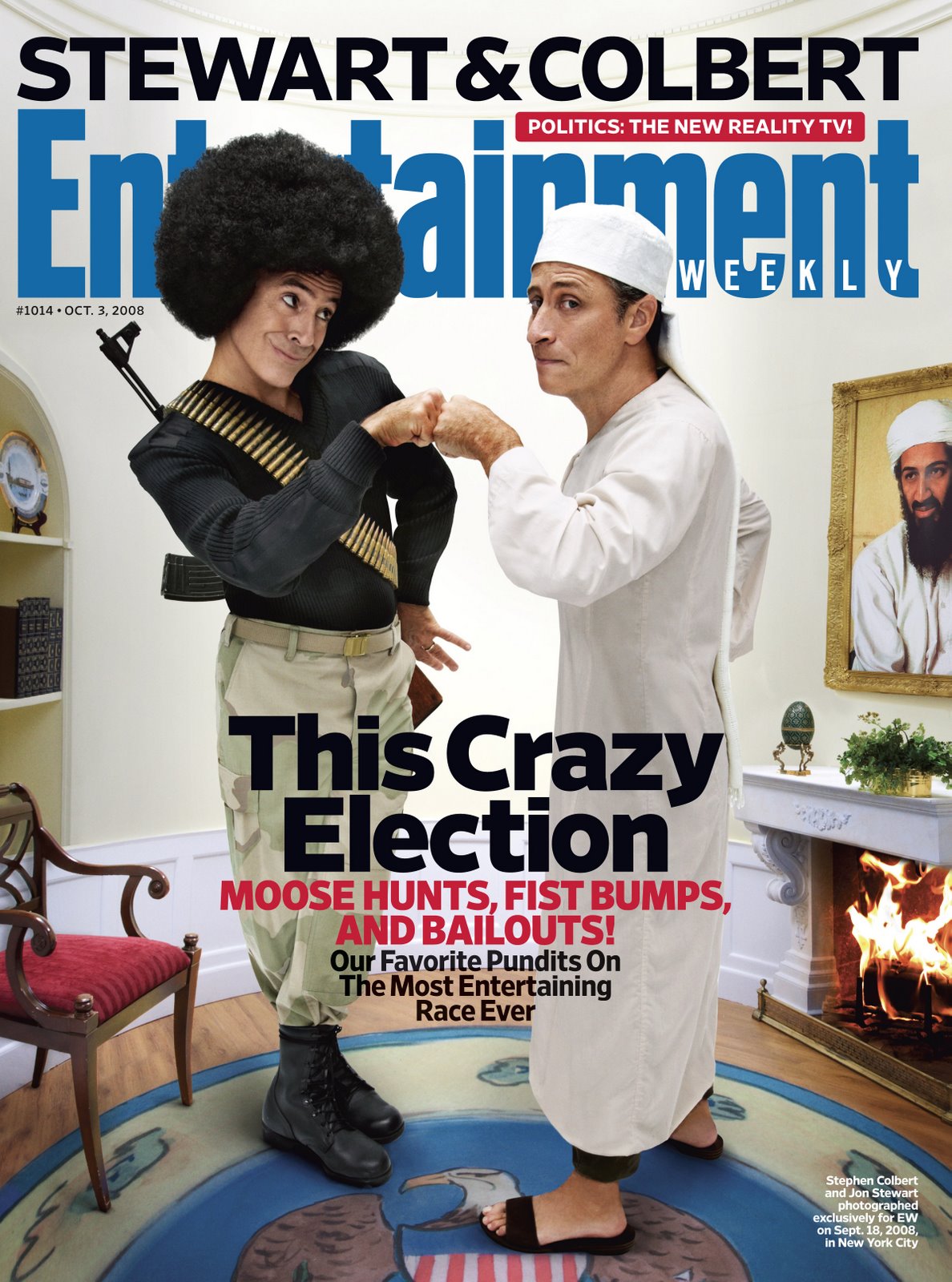 In reaction to the media frenzy created by the now infamous “lipstick on a pig” remark, Barack Obama recently repeated on Letterman what he has said (in one form or another, in reaction to one thing or another) in his stump speech on a number of occasions: “This is sort of silly season in politics, not that there’s a non-silly season in politics, it just gets sillier.” Here, Obama seems to be expressing frustration with the McCain campaign’s distortion of the meaning of his words, but also with the tendency of the news media to focus their agenda around sensationalistic, non-substantive, and indeed, downright “silly” subject matter. Silly season in politics is perhaps by now, politics as usual. What is ironic is that one of the main challenges to this particular media agenda comes from the ostensibly “silly.” or what Jon Stewart labels as “fake” news shows—The Daily Show and The Colbert Report and their particular brand of “meta-silliness.”

The Daily Show and The Colbert Report emerge out of media environment where distinctions between entertainment and serious or “hard news” have become increasingly difficult to make— traditionally authoritative news programming now regularly includes sensationalized, eye-catching content and entertainment oriented programming now regularly includes serious social commentary. Indeed, one of the key features of the contemporary media landscape is the blurring of boundaries between public affairs and popular culture, information and entertainment. This, in part, stems from a societal recognition of the arbitrary nature of such distinctions and a questioning of the structures of power that have defined them.1

This shift in thinking is recently reflected in a growing body of research and analyses suggesting that distinctions between entertainment and information are relatively inconsequential to the formation of political perspectives2. Holbrook and Hill, for example, find that entertainment programming can be instrumental in agenda setting and framing processes.3 Baym furthermore posits that The Daily Show, should not be categorized as “fake news,” but rather an “experiment in journalism,” borrowing from the genres of news, comedy, and talk shows to revitalize critical journalism and to encourage a new brand of deliberative democracy.4 All of this may be considered part of a larger societal shift in which the multiplication of politically relevant media sources and the blurring of the boundaries between entertainment and news have lead to a competition within the media for the role of the gatekeeper—what Delli-Carpini and Williams have labeled, a “multiaxial” agenda setting process.5

More than simply competing with the traditional gatekeepers, however, The Daily Show and The Colbert Show are critical of the agenda setting and framing process itself. In the form of satirical comedy, they highlight and critique the “silliness” of a good deal of news media coverage. This is perhaps not surprising, given that all forms of satire have been described as “pre-generic.”6 This is to say that by definition, satire makes use of pre-existing genres. The Daily Show and The Colbert Report make use of and mock the genre of the national television newscast. In particular, Jon Stewart and Stephen Colbert take on the role of the “anchorman” and the “skeptical and bemused observer” (though in the case of Stephen Colbert, the observer role is somewhat more hidden behind his “character”).7 Nowhere has this sort of challenge to journalism by the “fake” news shows been more apparent and perhaps, useful, than during the 2007-2008 presidential election cycle.

Examples of “meta-silliness” abound. For the purposes of illustration, however, we can point to a few very recent examples from each of the shows. Take for example the Jon Stewart’s critique of a media “character assassination” of Barack Obama and John McCain, which focuses on McCain’s alleged use of the “C” word and Obama being paradoxically framed both as an “elitist” and as a radical who engages in “terrorist fist jabs.”

Stephen Colbert, on the other hand mocks Bill Kristol’s framing of Michelle Obama’s convention speech as “conventional.” Here, Colbert seems to imply that the Kristol frame is purely partisan and possibly disingenuous.

After poking fun of John McCain’s “suspension” of his campaign, Jon Stewart also takes aim at the media focus on “horse race” politics and, in particular, CNN’s employment of cheap gimmicks to attract viewer interest:

Finally, in this next clip, Jon Stewart points to the mainstream media’s role in the perpetuation of falsehoods and smears about Obama. These, of course, include the factually incorrect assertions that he attended a madrassa and refuses to say the pledge of allegiance, as well the undue emphasis placed on a photo posted on the Internet of Obama dressed in traditional Kenyan garb. Stewart attributes this media agenda to “Baracknophobia.”

What all of these example illustrate, is the particular format by which The Daily Show and The Colbert Report are able to pose a challenge to mainstream media agendas and frames. By being “silly,” they are able to effectively challenge “silly season in politics.” Indeed, there is a good deal of evidence to suggest that through this process, The Daily Show and The Colbert Report play an important role in advancing the political sophistication of their audiences. Competition among frames has, for example, been found to stimulate individual deliberation about the merit of alternative interpretations.8 Citizens may, for example, ask themselves, “In what world does Barack Obama being an elitist terrorist fist jabber make sense?”

Author Bio:
Jennifer Brundidge is an Assistant Professor in the Department of Radio-TV-Film at the University of Texas at Austin. Her research and teaching interests lie mainly at the intersection of democratic theory and the empirical study of the contemporary media environment. Her most recent research examines Internet use in context of the “public sphere” and in particular, the extent to which online news use and online political discussion contributes to people’s exposure to political difference.