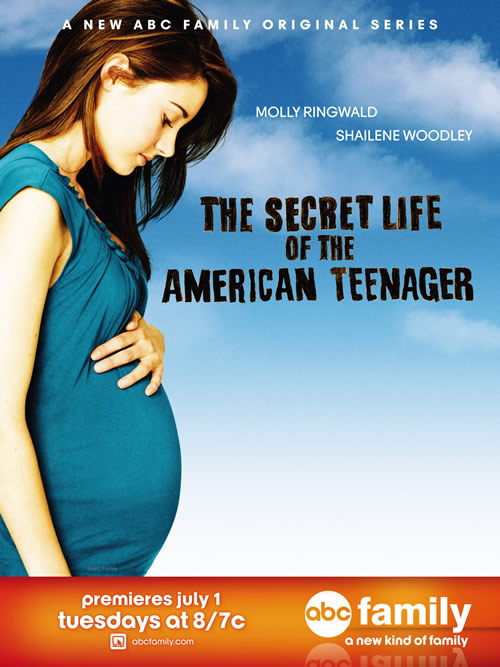 The Secret Life of the American Teenagerposter

Sex meets ABC Family programming. From a channel that started in connection with the Christian Broadcast Network to one that has original fictional programs centered around teenage pregnancy and fraternity parties begs the viewer to ask what has happened to the original conservative values out of which the channel was created. On the surface, these new original programs for ABC Family are out of character for a channel that airs The 700 Club (although recently ABC Family has distanced themselves from the Christian programming). However, after watching a few episodes of the new original ABC Family programming more of the CBN’s focus on the bible and Christianity emerges than one would expect from an ABC channel.

Before I explore how sex on The Secret Life of the American Teenager works with the conservative values under which the channel was first formed, it is important to know the origins of the channel and how it got to be where it is today.

The Family Channel was a creation of the Christian Broadcast Network and called CBN Family Channel (CBN.com). It combined the religious programming of CBN with reruns of older “family” sitcoms and dramas like Bonanza. CBN sold the Family Channel to Fox in 1997 (Enquirer.com). There are two parts of The Family Channel that have continued to be part of the channel, regardless of the owner: the word “family” in the title, and the airing of The 700 Club. I believe that these components from the original channel are being used to reinforce the channel’s original goals of reaching “the world with a message of hope from the Bible”(CBN.com), regardless of who owns it. Fox owned the channel for four years before selling it to ABC in 2001 along with the Fox Kids network and all of its programming. At the start of ABC’s ownership of the ABC Family Channel, the programming was a mix of CBN (The 700 Club), Fox Kids cartoons (like Jetix) and ABC programs that were unsuccessful on ABC (USA Today and Media Life Magazine). In 2007 ABC Family created a new motto “We’re a different kind of family” and new original programming that was more like the popular shows on ABC. It is out of the new face of ABC Family that The Secret Life of the American Teenager emerges. 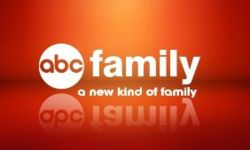 So I want to go back to my original question: how does a channel that started with Christian broadcasting in 1988 morph so drastically that in 2008 it is now airing shows about teenage sex and underage drinking? I propose that while these shows are about sex and alcohol on the surface, if the viewer were to actually sit back and watch The Secret Life of the American Teenager they could get a high school sex education video, weekly lesson in religion, and all the ridiculousness of today’s teen dramas rolled into one show. I will spend the rest of my column looking at the portrayal of teenage pregnancy and sex on Secret Life.

Secret Life revolves around a high school sophomore, Amy, who Ricky gets pregnant. The show plays off of Amy’s perceived “goodness” (she’s a French horn player in the marching band) and Ricky’s deep emotional detachment (he was sexually abused by his father and deals with it by sleeping around). All of the other characters on the show also deal with personal problems that revolve around sex in some way or another. Amy’s parents are dealing with problems of infidelity; the religious, blond cheerleader, Grace, is dealing with the consequences of her boyfriend not being able to handle her purity ring; and Adrienne, Ricky’s girlfriend, uses physical relationships with Ricky and Jack, a football player and Grace’s boyfriend, to cope with her mother’s constant absence. Each character, through his or her relationship with sex, works to reinforce notions of family values and highlight the danger of having sex without total commitment with the other person.

The whole show plays off like a string of statistics about teen sex and what happens when teens do not listen to the advice they are given. Of course, Amy gets pregnant from the first and only time she has sex. There is no dialogue about the actual experience besides that it was over quickly and “it was definitely not like what you see in the movies.” All agency and desire is taken out of the equation and in Ricky’s case, his sexual desire is not about the pleasure he receives from having sex, but the proof that he is in control of the situation (unlike when his father abused him). Amy’s life becomes an example of what could happen when a girl gets pregnant. The focus of the show is on the consequences of having sex rather than the pleasure or happiness it can cause. If the entire show was not doing enough to warn viewers of the danger of having sex before marriage or being “ready,” two characters seen as outsiders, Alice and Ashley, are used to inform the other characters and audience of the “reality” of sex (using condoms and being emotionally ready for sex). Alice spouts off sex statistics every chance she gets, whether it is talking about masturbation (girls enjoy it too) or the amount of teens having sex. 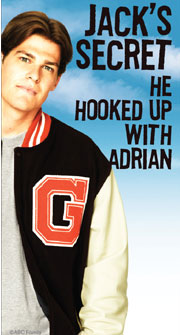 Even the title of the show hints towards an underbelly of teenage life. The show’s title refers to the secret life of teenagers, and since the main character is pregnant someone could make the connection that all teenagers, or at least American ones, are having sex, thinking about it constantly, or are dealing with the ramifications of waiting until they are older. It is hard to take the title of the show, The Secret Life on the American Teenager, and associate it with positive representations of sex. Making sex something that teenagers have to hide or are hiding changes the dynamic of the subject matter with the potential viewer. At the end of each episode, Amy, or the actor that plays Amy (it is ambiguous), makes a PSA about sex and urges all parents to talk with their children about sex before it is too late and they have a pregnant teenager on their hands.

The show’s portrayal of sex, or lack of portrayal because the viewer never actually gets to see anything besides hand-holding or a kiss on the cheek, creates a very sterile and official vibe around the after effects of sex. Whereas teen shows on other networks might show disrobing and passionate moments between two characters, the viewers of Secret Life are left with cold statistics and comments about how things got screwed up by Amy having sex and becoming pregnant. On the surface the show’s main topic, teenage sex, is completely out of sync with the values of the Family Channel, yet the treatment of sex is reinforcing traditional values. Although ABC Family might be aiming for a grittier subject matter, the way they approach sex and what can be learned from watching the show is similar to what a teen would find in a high school health class or listening to someone who focuses on the consequences and negatives of sex without ever mentioning the positives.