Next year marks the fiftieth anniversaries of statehood for the last two of the United States: Alaska, the forty-ninth, and Hawai’i. This year brings both states into the national spotlight, Barack Obama having been born in Hawai’i and Sarah Palin having grown into adulthood and service in Alaska. The road to statehood for both places was long, complicated by the politics of commerce, geography, and race; and so the controversies generated by both candidates’ backgrounds should have been predictable. The difference is that Obama’s roots scatter away from Hawai’i, extending his biracial story into Kenya, Indonesia, Kansas, Illinois, and Washington, DC. Hawai’i is in his past, whereas Alaska is very much in Palin’s present.

Rumors circulated quickly and loudly after Palin was presented as John McCain’s choice for vice president. One of the first asserted Palin’s membership in the Alaskan Independence Party (AIP). Writing in the Los Angeles Times, Rosa Brooks cites a video in which an AIP vice chair states that Palin belonged to the Party before becoming, for the sake of advancing her programs (and probably her career), a Republican.1 The Guardian flatly asserted Palin’s AIP membership before printing a retraction that attributes the assertion to the party itself: “The Alaskan Independence Party subsequently issued a statement saying it had been wrong to claim Sarah Palin was a member.” 2 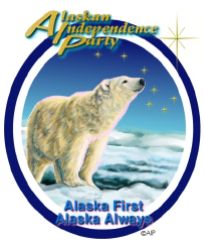 Seal of The Alaska Independence Party

These and other reports characterized the AIP’s goal as secession. The Party itself refers to its “Ultimate Goal” (and the letters “U” and “G” are capped, ominously), but this goal is ostensibly only a statewide vote to determine one of four possible outcomes: continuing statehood, commonwealth status, territorial status, or outright independence. 3 Thus the AIP states it seeks not necessarily independent nationhood but an opportunity for Alaskans to decide whether they want independent nationhood, an opportunity they claim was denied them in the 1950s. Perhaps a more familiar name for this goal is self-determination.

Whether the subject is secession or self-determination, however, it recalls America’s racial past. And it brings Hawai’i back into the story. For Hawai’i has an independence movement too, but its goal is entirely different. Hawaiian sovereignty is all about the return of power to indigenous Hawaiians, the righting of a racial tragedy. “We were forcibly annexed to the United States in 1898,” writes poet and activist Haunani-Kay Trask. “Hawai’i has been an occupied country ever since”4. The narrator of Milton Murayama’s novel All I Asking for Is My Body notices the prewar racial and national hierarchies in Hawai’i plantations: At the top were white owners, “then there were the Portuguese, Spanish, and nisei lunas [second-generation Japanese American supervisors] with their indoor toilets which flushed into the same ditches, then Japanese Camp, and Filipino Camp”5. Today, visitors to Hawai’i notice a hierarchy that pervades the state, with whites and Japanese owning and managing business, politics, and culture, while Filipinos and indigenous Hawaiians serve as laborers. Sovereignty in Hawai’i, then, is all about racial justice. 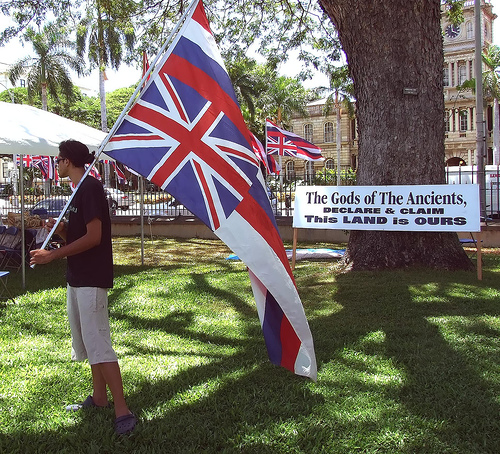 The AIP, with or without Palin’s membership, is relatively indifferent to indigenous Alaskans. Its website ignores their concerns. When the AIP refers to Alaskans, it means whites. An Alaskan nation, then, would be a nation owned and managed by white settlers. Native Alaskans have no reason to believe that their needs would be better served by this nation of Alaska than by the U.S. federal government. In this sense, such a nation could be called secessionist, as it would represent a breaking-away by whites scarcely different from the breaking-away by Southerners in the formation of the Confederate States of America.

At the very least, Sarah Palin is friendly to the AIP. A video of her addressing the AIP convention is all over the internet — she enumerates the goals she shares with the Party, especially the goal of “self-sufficiency,” and exhorts the AIP it to “[k]eep up the good work.” To Rosa Brooks, Palin’s “flirtation” with the AIP is dangerously divisive, the moral and political equal of solidarity with a lunatic white supremacist, survivalist, apocalyptic cult. 6 Twice Brooks quotes AIP founder Joe Vogel’s expression of “hatred for the American government,” and she notes the AIP’s Web link to the Southern Independence Party of Tennessee. Of course Brooks betrays her own conservatism when she aligns such parties with AIP-linked Ulster and Chechen nationalists and with the Reverend Jeremiah Wright. Would she also link the AIP to Trask and Hawaiian indigeneity? There is a basic difference between a sovereignty movement whose goal is a segregation aimed at further empowering the powerful and a sovereignty movement whose goal is the realization of justice for the powerless. For all her righteous and bemused condemnation of the AIP and what she calls Palin’s secessionism, Brooks herself fails to recognize that difference.

But at least her insistence on a rightness of Alaska’s place in the United States is also an assumption that Alaska is not a “foreign” place, for all its being separate from the “lower forty-eight.” In early August, ABC and NPR news commentator Cokie Roberts expressed an opposite assumption about Hawai’i. When Obama vacationed in the state in which he was born, Roberts said, “I know Hawaii is a state, but it has the look of him going off to some sort of foreign, exotic place. He should be in Myrtle Beach.” In a crucial sense, Roberts’s scorn is like Brooks’s. To her, Barack Obama’s vacation in Hawai’i is divisive because it is “foreign” and dark, while for Brooks Sarah Palin’s solidarity with the AIP is divisive because it is extreme and white. The U.S. racial mainstream defines the “foreign” dark and the extreme white as two heads of the same monster. 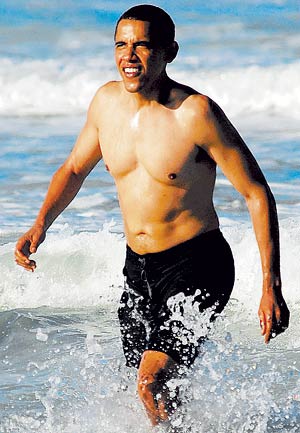 For all the recent ruminations on “chickens coming home to roost”—that is, on the fraught implications of U.S. imperial ventures—perhaps a simple, material lesson may be gleaned from the controversies generated by Obama’s ties to Hawai’i and Palin’s to Alaska. Geographically, Manifest Destiny ended on the West Coast, but politically it stretched into the forty-ninth and fiftieth states. A racial tragedy even at its inception in the 1840s, it became by the middle of the twentieth century a multicultural farce. And yet, with the recent Census announcement that whites in the U.S. will become a minority in 2042, the narrative of rugged individualism that spawned Sarah Palin is fast becoming an old and fading tree that the white-owned media cannot see through a young and darkening forest.