Viacom’s US$1 Billion lawsuit against YouTube has been looming over the online video space since it was announced in March 2007, and with the ruling on discovery handed down by Honorable Louis L. Stanton on July 1, 2008 it has been pushed back into the public eye. In the suit, Viacom accuses YouTube of inducing and profiting from copyright infringement, and of building a successful business — worth US$1.65 billion to Google, who bought the service in 2006 — on the back of content from major media producers. At the centre of Viacom’s complaint is the assertion content from large media producers is what makes the site popular. (Read YouTube’s reply to the complaint.) As YouTube sells advertising on (some) videos across the site, and doesn’t police closely the uploading of copyrighted content without permission from copyright owners, Viacom argues YouTube both draws a profit from, and has legitimated, the uploading of content that infringes upon the copyrights of Viacom and others (This is despite the fact the DMCA clearly places the burden of monitoring possibly infringing materials on the party who claiming copyright ownership.) As the media conglomerate wrote in a press release shortly after filing their original motion:

There is no question that YouTube and Google are continuing to take the fruit of our efforts without permission and destroying enormous value in the process. This is value that rightfully belongs to the writers, directors and talent who create it and companies like Viacom that have invested to make possible this innovation and creativity.

(The press release is now off the web but see the Mashable report on the filing of the suit).

Viacom are not alone; Silvio Berlusconi’s Mediaset has similarly started action against YouTube for 500 million Euros (US$780 million) for copyright infringement, TF1, the largest French broadcaster, has filed suit for 100 million euros, and the English Premier League announced action against YouTube for copyright infringement in 2007.1

Yet there are questions that need to be asked about whether YouTube and Google are profiting on the back of material produced by large media producers, especially as the arguments made by Viacom and others seem so soundly rooted in broadcast-era understandings of what media is and how it operates. There are questions about how we understand what is popular across the site, about how we understand what types of content the site supports, and about the rights of both producers and audiences in a post-broadcast era. 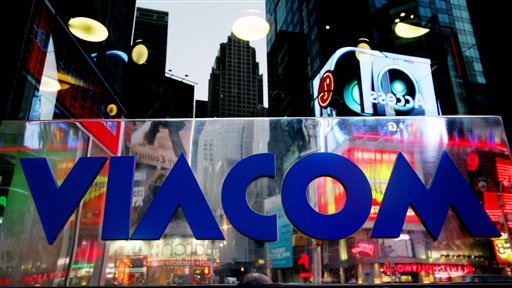 To test their claim programming from large media producers is the most popular content on the site, and the principal draw for users to the service, Viacom was granted access to logs of every video that has ever passed through YouTube, and the IP address of every user who has ever watched a video (they’ve agreed to accept anonymized data in the latter category). With such data in hand they’ll be able to compile a large and long list of the range of videos that appear to infringe copyright and those that don’t, assuming they can accurately determine issues of authority to upload and ownership of the copyrights in question.

The assertion the videos that are ‘Most Viewed’ on the service constitute the most popular content misunderstands, I think, YouTube for a distribution platform. As much as the site supports broadcasting-like activities, for some users the site is as much about discussion, response, and interaction with audiences and friends as it is achieving economies of scale for wide-spread distribution.2 While Viacom’s principal interest is finding the proportion of the overall archive composed of content they claim infringes copyrights, popularity on the service revolves as much around what is “Most Discussed” or “Most Responded” as it does what is “Most Viewed.”3 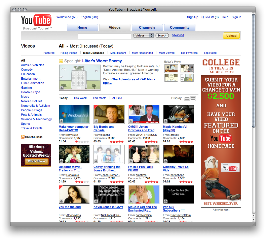 Understanding this is crucial to effectively accounting for YouTube as a diverse media space. This is not to suggest everyone comes to the site to post a video blog, but rather to come to terms with the fact that YouTube is built as much through practices of audience-ing as it is practices of publishing, and to realize the two as intimately linked. As much as the video blog, YouTube is ruled by the clip and the quote — the short grab or edited selection; these videos are evidence or demonstration of active audience-hood. Selecting and editing a particular moment might be seen as acts of what Fiske described as ‘enunciative productivity,’ – ‘the generation and circulation of certain meanings of the object of fandom within a local community.4 Granted, posting to YouTube might spread this material beyond a local community, but that might have much to do with the redundancy in the system, where content hangs around long enough to become searchable. Similarly, as a practice of audience-hood, posting clips or quotes to YouTube more closely resembles what John Hartley describes as ‘redaction’ – ‘the production of new material by the process of editing existing content,5 than it does an act of copyright infringement or ‘piracy.6 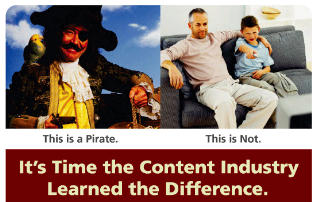 Copyright infringement and piracy are broadcast-era ways to deal with what are essentially audience practices. Both are rooted in an idea of a technologically ill-equipped agent re-distributing materials, a situation that doesn’t even come close to describing modern audience members, and doesn’t describe a great proportion of the content on YouTube. That short snippets of material have now been proven profitable for media companies doesn’t change the fact that editing material now comprises significant audience practice.

Finally, thinking about clips of content as the product of audience-hood rather than unlicensed distribution, raises certain questions about ownership, value and labor. While copyright law may provide Viacom with exclusive license over the valuable content they seek to reign in, the value of this content is not produced by Viacom alone. Success in the commercial media landscape in which Viacom competes seems to be based on the Fiskean (Sorry.) like transformation of cultural commodities into cultural resources; the raiding of the products of companies like Viacom for publicly useful semiotic tools. The successful transformation draws together an audience, producing that second-order commodity that Viacom can and does on-sell. The value of particular cultural commodities then, would seem to be co-created, and as such, not Viacom’s alone to be exploited.

I don’t mean to reduce this to a somewhat simple and idealistic distinction between commodity and culture, nor do I mean to suggest companies such as Viacom get one bite of the cherry and then they’re done. Both of these are untrue and uneconomically viable. Likewise, I don’t want to rehearse here what are becoming well-trodden arguments about the promotional value of YouTube for programming, brands, channels and broadcasters as it seems that part of the challenge Viacom sees is that YouTube is generating advertising revenue Viacom has no control over. But striking out at YouTube Inc. involves also striking out at the YouTube community, and I am struck by the fact that part of the difficulty with Viacom’s (and Berlusconi’s, and TF1’s) approach to YouTube is its refusal or (and?) inability to accept the implications of the labor of the audience in the creation of value around their properties. Even as they seem adept at brand-building and dealing with both audiences and fans, they still cling to the notion they are solely responsible for the value of their creative endeavor, when really, the value they draw is co-created through the efforts of both company and audience. Given such, then, perhaps having content clipped, quoted and posted on YouTube is a cost of business in the current landscape?