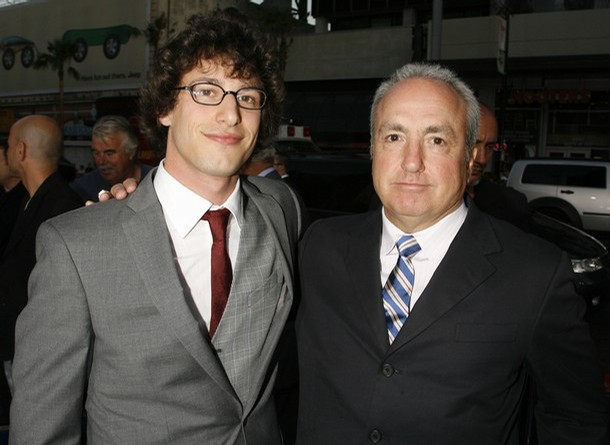 Lorne Michaels has made some lame casting choices at Saturday Night Live over the years, but the addition of Andy Samberg has proven astute. Samberg’s comic persona serves as a point of identification for younger audiences, a break from the residual boomer sensibility that still permeates the show. Perhaps more importantly, his comedy fits the emerging online viewing habits of TV audiences, making a tidy addition to Michaels’ vertically-integrated comedy empire. Samberg provides an interesting case study in the convergence of television and online comedy. On the one hand, he exemplifies the kind of talent network TV must acquire in order to maintain audience share, but making his humor “fit” has meant more than just adding him to the existing staff. Samberg’s success has also come from an “old media” source, evidence of the lack of options for aspiring comedians. Posting videos on YouTube is a great way to find an audience, but as a South Park satire recently noted, “theoretical dollars” based on downloads don’t pay the rent.

SNL cast members typically achieve success through recurring characters or as host of Weekend Update, but Samberg’s has been established through a particular style of televisual presentation: video shorts produced with his longtime collaborators Akiva Schaffer and Jorma Taccone. Though commercial parodies and other recorded pieces have been a mainstay on SNL for many years, Michaels has branded each Samberg video an “SNL Digital Short” complete with a black-screen intertitle separating them from the rest of the show. Audiences are thus cued that the televisual quality of the segments (and therefore their comic sensibility) will be different-more like viral videos than “old school” SNL. 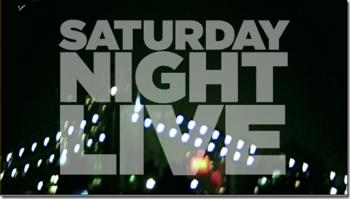 Indeed, Samberg comes from the “new school.” He initially got attention for videos produced with Schaffer and Taccone in the early 2000s as TheLonelyIsland.com. In particular, 2001’s “Stork Patrol” serves as a blueprint for Samberg’s later SNL clips “Lazy Sunday” and “Dick in a Box,” which have done more to revitalize SNL than any appearance by Britney Spears or Hillary Clinton. “Stork Patrol” is a hip-hop parody, not in the sense that it makes fun of hip-hop, but because it uses hip-hop as a mode of comic address, deriving humor from the incongruity between the sexual desire so earnestly “rapped” and the object of that desire, a poorly constructed stork puppet. Samberg’s break-out short on SNL, “Lazy Sunday,” was similar, featuring himself with SNL vet Chris Parnell furiously rapping about The Chronicles of Narnia, Google maps, and Alexander Hamilton.1 Not only did the video make Samberg a star, but in the weeks after “Lazy Sunday” hit, YouTube’s traffic reportedly increased by 83 percent.2

Just how much Samberg would be a deviation from SNL’s past was made evident early on in a Weekend Update “impression off” with Bill Hader. Introduced as new additions to the cast by Amy Poehler, both comedians look young in the segment, sporting shaggy haircuts and track jackets. But when the impression-off begins, a clear distinction is drawn between Hader, who performs adequate if out-dated impressions of Peter Falk and James Mason, and Samberg, who barely attempts an imitation at all, goofily saying “Hey, How’s it going? I’m Jack Nicholson, Whaaaaatt’sss Uuuupp?”

Rather than the studied approach to comedy and depth of cultural capital that Hader’s impressions suggest, Samberg’s cultural knowledge is barely knee-deep played-out beer slogans rather than dead (or at least old) actors. In fact, the skit bore an uncanny resemblance to Samberg’s actual SNL audition. According to an interview in New York magazine, “Every comic has to impersonate three celebrities at their SNL tryout; Samberg, who’s not big on impressions, remembers doing Jimmy Fallon, The Muppet Show’s Swedish Chef, and one line of Alan Rickman’s from Die Hard.”3

Despite the distinction drawn between Hader and Samberg, the two have repeatedly appeared together, notably in the recurring “Laser Cats” skits in which they present a cheaply made Sci-Fi short to Michaels. Apparently shot in and around the SNL offices, the skits feature the duo wielding cats, which have evolved to shoot lasers out of their mouths, as futuristic weapons. Despite their enthusiasm, the production values of the props, special effects, and wardrobes fall terrifically short. That’s the joke, and Michaels doesn’t get it–much like he probably wouldn’t get why anyone would become enamored with a stork. The continued book-ending of the Laser Cats shorts as presentations to Michaels (in the third, he’s eating lunch with Senator Chris Dodd) shows that, rather than relying upon the lousy production values being funny, their deviation from the supposed-SNL norm (and Michaels’ lack of hipness) is made the joke.

Samberg’s digital shorts indeed fit online consumption much better than the standard sitcom. SNL itself is better online, because you can just look up the skits people are talking about around the water cooler (or sending around via email). NBC has aggressively fought to keep viewer-uploaded footage of its shows off YouTube. While that has made sense for shows available commercially, it hasn’t for shows like SNL where uploaded clips could be understood as promotions for the next broadcast. At a time when SNL’s ratings were stumbling, for instance, “Lazy Sunday” was downloaded 5 million times before NBC pulled it.4 Search for a Samberg SNL short on YouTube today, and you will either find somebody’s lame attempt to copy him, or be linked through to the commercially-sponsored Hulu.com, which provides access to a plethora of SNL skits, though not all of them, and no complete episodes.5 Samberg’s new skits thus drive viewers to SNL’s old back catalog, while not undercutting its DVD collections or syndicated episodes.

Samberg got his big-screen debut with 2007’s Hot Rod, a script that had reportedly been languishing at Paramount for years before Michaels convinced the studio to make it (with Schaffer directing) after the success of “Lazy Sunday.”6 The film is not a good fit for the crew’s humor, but at times Samberg shines through in moments more attuned to the aesthetic of the digital short. A prime example is an exchange between Rod (Samberg) and his brother (Taccone) in which a tender moment is made less so by setting their exchange of the phrase “cool beans” to a beat, as if the two are surprise-rapping. Samberg and Taccone reportedly edited the scene themselves, and placed it in the movie just prior to its final test screening.7 Hot Rod was no blockbuster, but as its commercial life continues on DVD, it’s worthwhile to note how scenes such as the “cool beans” exchange not only are more characteristic of online comedy than film comedy, but because of this, as ripped and uploaded by fans on YouTube, they serve as free promotion.8

Samberg reportedly dreamed of being on SNL beginning at age eight, but he has only been successful on the show by doing digital shorts almost indistinguishable from the sort of things he, Schaffer, and Taccone were doing back in their “Lonely Island” days. Surely it would be difficult to persuade an aspiring comedian to say no to the big media co-optation exemplified by Samberg’s career. Will Ferrell may have set up his own comedy site (FunnyOrDie.com), outside the MSM, but he subsidizes it through his successful MSM comedies. Are there any other options for the aspiring convergence comedian? Clearly the posting of home-grown comedy is flourishing and as media scholars we can salute the fact that more people are making media and not just consuming it. (One great example of this is “Lazy Ramadi,” made by GI’s in Iraq.) Then again, we media scholars make a living pointing things like that out. But what do we hope is the payoff for those who make us laugh? Is independent success possible, or is big, old media still the ultimate way to get paid?