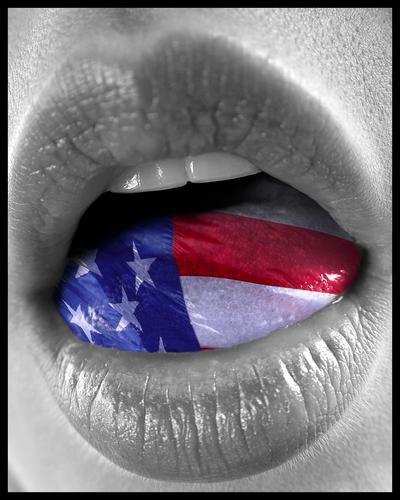 The case of Universal City Studios, Inc. v. Reimerdes illustrates the threat to free speech and technological innovation posed by the Digital Millennium Copyright Act (DMCA), which makes it illegal to traffic in any service or device designed to circumvent digital encryption systems.

In June 2000, the Motion Picture Association of America (MPAA) sued website operator Eric Corley for violating the DMCA by posting online links to DeCSS, a program that “hacks” the anti-copying CSS code incorporated onto many DVDs. The MPAA claimed in Universal City Studios, Inc. v. Reimerdes that maintaining or even linking to a site where the program was posted violated the DMCA.

Under the unfairly wide latitude provided by the DMCA, showing that the defendant actually contributed to the infringement of any copyright or the distribution of any video was not necessary. Instead, the MPAA only had to prove that the DeCSS program decrypted CSS and was thus intended to circumvent an access control system. Invented to enable users of the Linux operating system to play DVDs encoded with CSS, DeCSS was construed by the court as a piracy tool rather than a means of legally widening access to legitimately purchased DVD movies.

In November 2001, a United States Court of Appeals in Manhattan ruled in favor of the MPAA that it was illegal to publish DeCSS or even online links to the software. The court determined that the ease of disseminating the code itself threatened to produce virtually unstoppable copyright infringement, even though CSS does not prevent piracy, DeCSS does not enable it, and no piracy was alleged. The court nonetheless acknowledged that DeCSS has substantial non-infringing uses, including the development of competing DVD players.

The DMCA represents the media conglomerates’ greatest victory in their quest to control content in the digital age. The greatest consequence of the law is that it makes the mere circumvention of any copy protection technology a crime in itself. While the fair use doctrine makes it legal to make a backup copy of a movie, it is illegal to defeat copy protection technology in order to make that copy.

The political gamesmanship involved in the formulation of the DMCA exemplifies how government policy favors the interests of copyright owners over those of authors and media consumers. Supporters of the DMCA included the motion picture industry, the music recording industry, and book and software publishers, among others. Opponents of the bill included the Home Recording Rights Coalition (a lobby composed of consumer electronics manufacturers, wholesalers, and retailers), libraries, and consumer groups.

A key objective of the communications industry lobby was the erosion of the first sale law and fair use doctrine. Copyright owners contended that breaking into technological protection was like breaking into a house, and was therefore not permitted by the fair use doctrine. The housebreaking metaphor proved effective, but was misleading because the protections afforded by property rights do not apply to technological protection measures designed to prevent uses that don’t invade anyone’s property rights. The United States Department of Commerce attempted to strike a compromise by making it illegal to impose criminal liability for circumvention on individuals who use a device or service to circumvent technological protection on a copy of a work to which the circumventer was entitled to gain access.

However, the department also argued it was necessary to prohibit the making or selling of devices or services designed to facilitate this kind of circumvention, in order to prevent the widespread marketing of piracy devices under the pretext that they had non-infringing purposes. Incumbent in this “compromise” was a contradiction: how can consumers circumvent copyright controls for non-infringing purposes, if all devices and services to facilitate that circumvention are illegal?

The DMCA acknowledges fair use by allowing law enforcement, computer software publishers, and librarians to circumvent copyright protection programs for the respective purposes of investigating criminal activity, creating a competing product, and deciding whether to purchase a work for a library. Ironically, the section of the bill imposing civil and criminal penalties for trafficking in technology designed to aid in circumvention includes no provisions for supplying legal users with that technology in order to enable them to take advantage of their statutory privileges. The software designers working for the firms whose purposes the DMCA served were the only group likely to have the expertise to develop circumvention technology without outside help.

The case of the movie industry’s Content Scramble System (CSS) thus offers an instructive example of how the DMCA serves as a useful tool for the studios’ attempt to control the digital reproduction and alteration of their copyrighted movies. The system limited DVDs to being played on machines that could descramble the CSS code – such as MacIntosh and Windows computers. CSS did not allow for other types of machines, namely Linux-based computers, to play DVDs encoded with it.

A group of hackers wrote DeCSS, a code that disables CSS and enables the DVD to be used in any machine. Through the MPAA, the industry immediately sued, even though the distributors of DeCSS were not in the business of selling pirated movies, and at no time in the case did the plaintiffs prove that any movies had been pirated because of DeCSS. Nonetheless, the MPAA prevailed in federal district court without ever showing that DeCSS or any of the defendants had actually contributed to the infringement of any copyright or the distribution of any video. Under the DMCA, the plaintiffs merely had to show that the code decrypted CSS and was thus a device intended to circumvent an access control system.

Most troubling about the case is its erosion of the first sale doctrine. Because the DMCA allows content providers to regulate DVD use and access, they can set all the terms of use. The duration of protection under the DMCA is also potentially infinite. Copyright law currently protects any work created today for the life of the author plus 70 years or 90 years in the case of works for hire. However, electronic copyright devices protected by the DMCA do not expire.

Just as troubling is the endangerment of free speech under the DMCA. The website managed by Universal City Studios, Inc. v. Reimerdes defendant Eric Corley ran articles about DeCSS and the code involved and almost immediately received an injunction from a federal judge at the request of the MPAA. The website then removed the article and code and instead posted hyperlinks to where readers could find the information. This won the site an injunction, too. The MPAA’s next move was to try to bar the press from attending depositions in the case or public hearings, claiming the need to protect confidential sources and the methods involved in its anti-piracy efforts. After the 2001 ruling that Congress had a compelling interest in preventing piracy, Corley announced in 2002 that he would not seek U.S. Supreme Court review of the court order.

The outcome of Universal City Studios, Inc. v. Reimerdes exemplifies how the interests of capital increasingly erode the right of consumers and citizens to access information under first sale and fair use laws. Although Hollywood has successfully tapped new markets and banked record profits by welcoming new technologies rather than suppressing them, the case illustrates how the filmed entertainment industry’s ceaseless quest to control digital technology engenders myopia.