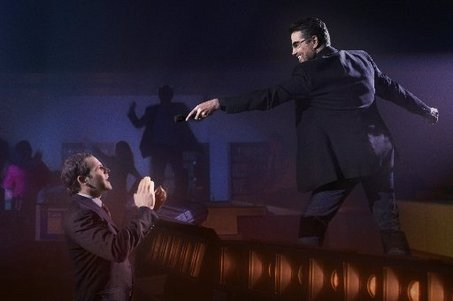 The recent Thursday ABC primetime lineup might be dubbed “paranormal night.” If, like me, you’ve become captivated by Lost, you’ve very likely experienced not only the supernatural marvels of “The Island,” but also of Eli Stone—a quirky big city attorney who bears an uncanny resemblance to the prophets of the Old Testament, in name and narrative contexts.

The lawyer-based dramedy Eli Stone made its heavily promoted debut in January 2008, immediately following Lost. The executive producers of the lawyer program brought with them broad experience with other fictional television lawyers, including, in the case of writer/producer Marc Guggenheim, work on David E. Kelly’s The Practice.

The stylistic and narrative similarities between some of Kelly’s lawyer shows and Eli Stone are readily apparent. Viewers have come to expect almost as convention nattily dressed city attorneys with quick wits, troubled personal lives, a wide array of vices, personal flaws and funny eccentricities, extraordinary abilities to deliver dramatic closing arguments in court—and, in the case of Ally McBeal and Stone, attractive professionals who regularly experience bizarre visions unseen and unappreciated by most around them.

Stone is a character self-described at the outset of the series as “having it all—Armani, accessories and ambition.” He is an amoral, successful corporate attorney willing to do what it takes to win for his clients and firm, and is engaged to the gorgeous lawyer-daughter of one of the firm’s managing partners. His personal and career paths seem neatly set. In short, he is a character ripe for conversion.

While making love to his fiancé, Stone experiences his first revelation and begins down the road of change. In this first episode, he cuts short coitus with the women he loves to follow the music that no one else can hear, and begins his spiritual journey with pop idol George Michael, who sings “I Gotta Have Faith.” In each subsequent episode, Eli experiences visions that are jarring, unexpected, and most often, publicly embarrassing, as he reacts physically around others to what only he can see.

Whereas Ally McBeal’s visions of dancing babies and the like seemed like a peek into Ally’s interior life and psyche, and early episodes of Stone suggested that Eli’s visions might be caused by a brain aneurysm, as the Stone series progresses it has become increasingly clear that Eli’s visions come from somewhere external to himself. He does not seek or want visions, and in the series’ first episodes pronounces himself an atheist who has no need or desire for God or things spiritual.

Prophets are often reluctant, and struggle with the “gifts” and responsibilities given, or imposed upon, them (e.g., see Moses and Jonah). Show co-creators Guggenheim and Berlani have remarked that they examined how almost all prophets have “a very similar evolution, wrestling with things like doubt, disbelief, acceptance, regret, etc. We plotted out the first season with this evolution in mind…. These are the ordinary ups and downs of a prophet.”1 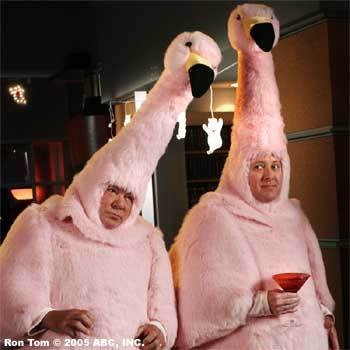 Alongside shows like Ally McBeal and Boston Legal—programs routinely mocking contemporary legal practices as farce and façade—a program defining its central player as a modern day prophet seems almost like a wistful throwback to attorneys akin to Perry Mason or Lawrence Preston of The Defenders. But the popular defense attorneys of the mid-century consistently emphasized the “rational statesman” approach to resolving legal dilemmas, rather than the inspiration of the mystical or spiritual.2

So why introduce the spiritual lawyer-prophet now? Of course, first and foremost because the program producers and distributors believe the character will have significant audience appeal. While discussing their inspiration and creative catalysts for Eli Stone, Guggenheim and Berlani point out that “spirituality really seems to be in the zeitgeist these days,” particularly given the popularity of books like The Secret, and the prominence of Oprah-endorsed new age religious gurus. At least here in L.A., one need not look far to find these emerging cultural leaders, beliefs and faith practices. 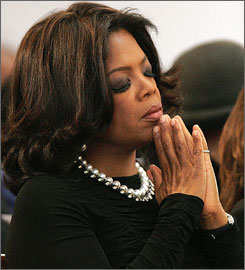 But cultural analysts should also recognize these attorney-centered shows serve as popular mediators of larger social anxieties regarding justice, and more precisely, the enduring opposition between law and justice. The relationship of law to justice—the antagonism of law’s formalism to just desires for human compassion and mercy—persists as a problem central to legal liberalism and everyday legal practice in the United States (and elsewhere). Legal scholar Mark Tushnet writes that this tension is “a persistent trope in the discourse on law,” and observes that the regulation “by rules not men” celebrated within legal liberalism has a “rigidity [which] must be tempered from the outside, by mercy and a case-specific particularism associated with justice.”3

So while contemporary television lawyers may often be quirky and cynical, they are also most often respectful of legal proceduralism and institutions, while powerfully hailed by the demands of justice. This frequently requires that they be representatives of justice rather than law, marked by a moral character, activism and wisdom pertaining to the public sphere that requires exceptional, heroic actors who take action “outside” of law. Who better to name the injustices born of existing legal institutions and practices, and take up formally marginalized demands for social justice than the prophet? 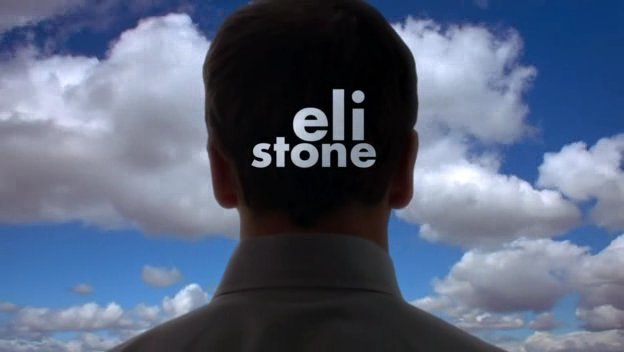 With Eli Stone, the prophet becomes yet another lawyer character type who is sensitive to current cultural sensibilities—in this case, renewed interest in human spirituality and the paranormal—alongside the gentlemen statesmen type of an earlier television decade. These lawyers are advocates who take up the cause of justice for the legally marginalized, willing to fight even against their own attorney friends and employers along the way. In such lawyer types we see the reflected hope that agents of mercy and true vision will temper the liberal embrace of a society governed “by rules not men.” Living in times when the irresolvable tensions and incoherencies of contemporary law are readily apparent (and dramatically in evidence in the case of the Bush administration), we are reassured that such tensions might be successfully mediated, if only the right lawyer-prophets might be found. You just gotta have faith.