Has the DTV Tsunami Arrived? 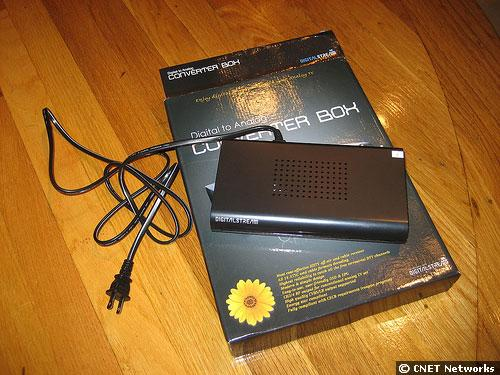 In a pair of previous columns for FlowTV.org, I’ve outlined the concerns over the conversion of television across the United States to an all-digital format, required by law to occur on February 18, 2009. While many of the benefits of the conversion have been touted, many of the growing concerns and problems involved with the conversion and its aftermath for perhaps 50 million American analog TV viewers have seen little light. While publicity and awareness have been increasing, that has not translated into improved actions. Indeed, we are now less than one year until the time the conversion is to take place and we stand well shy of the effort needed for a smooth conversion. Instead we are seeing the makings of a perfect storm on the DTV front, which like other perfect storms could leave a trail of ruin in its wake.

Countdown to education, or to disaster?

The media business press is reporting that the FCC is telling TV broadcasters to significantly escalate awareness of the digital conversion, which includes the following:

–Setting minimum requirements of public service announcements at all times of the broadcast day, and increasing the number of announcements as we get closer to February 18.

–Having broadcasters display a “crawl” (as it’s called) scroll at the bottom of TV screens, along with a “countdown clock” in the days before February 18.

If broadcasters abide by these mandates – and that’s not a given, since commercial broadcasters have a history of fiercely fighting public service mandates – it could rank as a coordinated awareness campaign without parallel in American television broadcasting history. (By comparison, the commercial blackout on TV lasted for a couple of weeks at most; the DTV awareness campaign stands to last three months long.) But publicity and awareness don’t necessarily translate into informed decision-making power, which surveys say more than anything is what consumers want most out of this, and which surveys also say consumers are not getting amid the DTV conversion.

Panic at the voucher program for converter boxes?

There had been a long-touted voucher program, with more than a billion dollars allotted to fund coupons that would offset the costs of digital-to-analog converter boxes for eligible households. But among the very problems with this program, one very frightening problem has come to light: the coupons have an expiration date in May.

Consumers Union reported that the coupons in the voucher program have a 90-day expiration date from the date when the first coupons are mailed out by the National Telecommunications and Information Administration (NTIA), the government agency tasked with administering the voucher program. With the first coupons going out in late February 2009, all of the coupons expire sometime in late May. Why Congress included an expiration date on the coupon program remains unclear, but what could be very clear is that the program that’s the lynchpin for helping consumers most could prove utterly useless in late 2008 and early 2009 when it’s most pressingly needed.

Incidentally, the head of the NTIA, Meredith Baker, has left the NTIA, and became the second NTIA head to leave the agency in five months (previous head John Kneuer left right before Thanksgiving 2007). 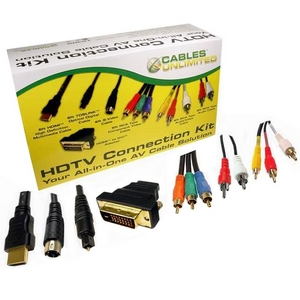 Meanwhile, the National Association of Broadcasters (NAB), the trade lobby of commercial broadcasters, has been calling for digital converters to be sold in grocery stores to make digital converter box access easier for consumers. Whether or not this proposal will translate into tangible action remains to be seen.

And the entire voucher program is facing a lawsuit, curiously enough, by broadcasters themselves. The Community Broadcasters Association (CBA) – an organization representing some 2,600 low-power TV stations – is suing the Federal Communications Commission (FCC) over a ban of convertor boxes that don’t also allow for analog signals.

CBA member stations aren’t affected by the 2009 conversion; small broadcasters don’t have to convert to digital until the year 2012. But consumers who receive CBA-member TV signals may not realize that installing the converter boxes would have the unintended effect of blocking analog signals from still-analog low-power TV stations.

In other words, the entire converter box program, which was intended to help those people, might well have the ironic and unintended effect of shutting off television for millions of Americans. And while many people justifiably criticize TV as being a “vast wasteland” (to borrow Newton Minow’s famous phrase), most Americans still rely on TV as their main source of news, weather, and emergency information.

This is a particularly acute concern since CBA’s member stations address those audiences most likely to lose TV access as a result of the DTV conversion – rural communities, underserved urban communities, the elderly, and those communities that don’t speak English. A catch-22 thus ensues: If you get a convertor, you might lose TV by blocking your nearby small-power analog stations. If you don’t participate, you lose TV by not getting the big boys who will go all digital in 2009.

Calls for a DTV test market finally win muster, but is it too late?

For years, there had been calls, including by FCC Commissioner Michael Copps, for a small-scale test of the DTV conversion to better understand the likely impact of the DTV conversion as currently set up. The calls went little heeded, but in early March 2008, FCC chair Kevin Martin – who previously dismissed requests for such a test as not having enough time to prove effective — has announced his willingness to pursue a test.

The calls are also being echoed in Congress on a bipartisan basis. In mid-March 2008, Florida Republican representative Cliff Stearns, a member of the House Telecommunications & Internet Subcommittee, has also gone on record saying he would like to see an advance test in place.

While it is heartening to see such calls for a test finally gain some serious momentum, one has to wonder: Why wait until 11 months before the nationwide DTV conversion is scheduled to take place to hold a test? And moreover, even if a test can be held, and reveals gaps in the implementation of the conversion, can action be taken in time to remedy those gaps?

All of the developments in this article have come to light just in the last two months. Few of them have been positive.

With ten months to remain before perhaps the most impactful technical change in the history of American television, and the conversion in the U.S. itself resembling a Keystone Kops film, what other surprises lie in wait? And, most crucially of all, can Americans respond in time?