What (Public?) Television Was Meant To Be?

As I suggested in my previous piece for Flow, the way television networks construct themselves, indeed what a television network might be thought to be, is being challenged by the emergence of new platforms for content distribution. Non-broadcast (and indeed, non-narrowcast) distribution options challenge medium- or technology-specific understandings of television. They force a rethinking of ideas of scheduling, contexts of consumption, and the relationship between consumption and the experience of “television”.

With the news the Australian Broadcast Corporation is set to follow the BBC model and rebrand itself as a suite of services, and amidst the din of the re-configuration of US television networks into something that may resemble multi-platform, and perhaps medium agnostic, content providers, I thought it might be an opportune moment to look at the object of television as constructed by the American Public Broadcasting System. As seems true of many public service broadcasters, PBS represents something of a unique system. Even as it maintains some common carriage, local specificity seems a core part of the PBS experience. As a result then, PBS, like television, is not a singular object, and the image it constructs of what television is, and what PBS is, is multiplicitous and sometimes contradictory. 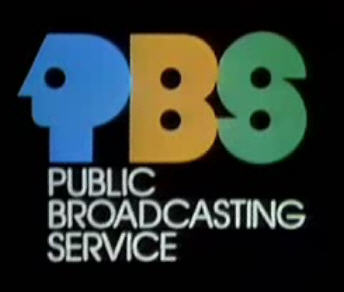 My particular interest in PBS is not so much motivated by questions of whether and how the service might be meeting its public service obligations or the opportunities new media provide PBS, as it is how the service represents itself and its viewers. As such, what I would like to do is take a particularly cursory glance at some of the manifestations of the service presented by PBS to at least start to build a picture of the constructions of television PBS has produced. Such an exploration is motivated especially by the discovery of this 1995 promo for public broadcasting that provides a sweeping vision of not just the nature of the public broadcasting service but also ideals about what television could be.

Appealing to the ideals of public broadcasting as a service for civic engagement, this ident is as much a short film about the grand model of television as public sphere as it is a promo for PBS. Public television is constructed as the “storyteller of a nation, guide to the world”, driven to share and compelled to follow stories of significance from around the world. Television, and especially public television, is “A vital source of information; An electronic gathering place for all Americans; A national town hall where all our values can be heard, all our stories can be told, where we come to know ourselves and our world.” The promo trades on well practiced notions of television as a device to navigate the world on behalf of viewers, an agent that connects nationally bound viewers and internationally significant events; this is what television, and indeed “public” television, was “meant to be”.

While such a description is fraught with issues of access, participation and representation which public television and PBS have long encountered, I am more interested for the moment in the role of the network as intermediary or representative for the citizen consumer. Positioning itself as the vital link, the authoritative voice and the educated eye, PBS stands-in for both the television service and the viewer. Like a corporate citizen, this promo constructs public television itself as the active agent. This is an alternative to the appeal to the audience PBS employed at the beginning of the decade when the jingle-tastic “Just Watch Us Now” argued for the significance of the service on the grounds its suite of content represented a clever alternative to the commercial system.

At the same time, however, petitioning that what television is “meant to be” is a site for the navigation of significant international events at a national level by a representative agent, this promo absents both the viewer and their locality from the experience of television. Such a construction strains when compared against the other stalwart of the PBS system, the pledge drive. Here, television seems “meant to be” an especially local experience, where civic duty and audience participation are drawn as equivalent through a duty to support programming you enjoy.

There is perhaps something unfair, however, in establishing at the outset that the PBS experience is a complex negotiation of nationalism and localism and then contrasting the two as if distinct. Indeed, it is inherent to the PBS experience that somewhat nationalistic goals of civic duty (the construction of an electronic public sphere for Americans to communicate across) and hyperlocal notions of civic participation (especially through direct support for the local ‘chapter’) should collide. So perhaps the place to consider the status of the television experience as constructed by PBS is not the individual ident itself, but by considering a block of branding material as a single unit. Looking then to Boston’s WGBH, one of the larger producing stations, we get a taste of both a more contemporary idea of the PBS television experience, and a more holistic sense of the way “television” is constructed.

Once again the spots construct the service along relatively traditional public service broadcasting lines. Programming is promoted as a source of civic enlightenment in broad terms, emphasizing education, worldliness, nationalism, curiosity and quality. The spots raise questions about the class bias of the values promoted, especially through the proposition education and “quality” are equivalent, but these questions are far from exceptional in the Service’s history. So too the perhaps unintentional contrast between equating the PBS audience with a multi-ethnic and multi-generational female constituency and the local station with the science oriented “2-guy”. On the whole, however, this group of spots works to demonstrate the ties between the local viewing experience and the national “electronic public sphere”. What we’re left with is local distinctness directly abutting national significance without reducing the local to the obviously specific. In doing so, the role of “the service” as the active representative of the audience is softened. Television is still constructed primarily as the development of civic enlightenment, but at least it acknowledges people as some sort of agents in this process.