Is it Religion or is it Entertainment?

In the sociology of religion, the secularization theory – the concept that as nations become more industrialized they will become increasingly more secular – has fallen out of favor at least in part due to the religious statistics in the United States. We are the most religious industrialized nation in the world. The prevailing statistics say that 90% of Americans believe in a higher power. (According to Harris Interactive, it is also true that only 26% of Americans attend a religious institution on a weekly basis. Therefore the vast majority of Americans practice their spirituality outside of an established institution and much of that consists of interacting with media whether it is books or television or, increasingly, the Internet, but that topic is part of a later discussion).

Even with its loss of favor, however, secularization theory has not disappeared because in addition to suggesting that religious institutions would decline it also suggested that there would be a blending of the sacred and the secular in industrialized cultures and that in fact has happened in the United States. Not only has this occurred in the past, but also now we continue to see a blur between these two spheres. 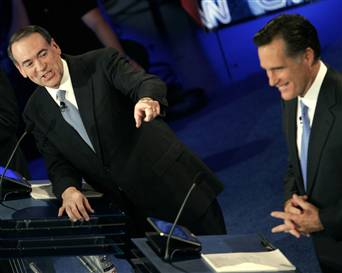 Certainly we have seen this in the interaction between religion and politics. CNN produced a series sponsored by the progressive journal Sojourners which allowed each of the presidential candidates to talk about their faith. We had the Huckabee versus Romney faith-off. For Huckabee, faith was a win because his Baptist minister roots provided an immediate signal, particularly to evangelical voters, that he had the same values. For Romney, religion was a negative because the electorate can’t seem to figure out what Mormonism is beyond knowing that they used to allow polygamy and they no longer exclude African Americans. More recently, we had the brouhaha over the candidates’ holiday commercials. Did Huckabee really intend for the bookcase to look like a cross? Should the candidates say “Merry Christmas” or “Happy Holidays?” Isn’t the more important question why religion got so important to the political process in the first place? 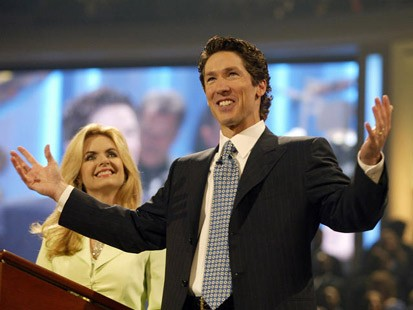 Outside of politics, religion is also popular. A great example of the secular becoming more sacred and the sacred becoming more secular is Joel Osteen versus Oprah Winfrey. Joel Osteen, always called Joel, is the pastor of the country’s largest megachurch, the Lakewood church in Houston, Texas. In addition to serving more than 40,000 congregates on a weekly basis, Joel Osteen Ministries reaches 7 million people weekly through their top-rated spiritual television show. I like to call the show a blend between Dr. Phil and an infomercial. Joel preaches a prosperity gospel of feel good religion while simultaneously selling products throughout the program with messages coming up on the screen imploring viewers to “Buy Joel Osteen’s latest New York Times bestseller” or sign up for daily email inspirations or podcasts or go to the web site for more information, including information on products such as CDs, DVDs and more books. 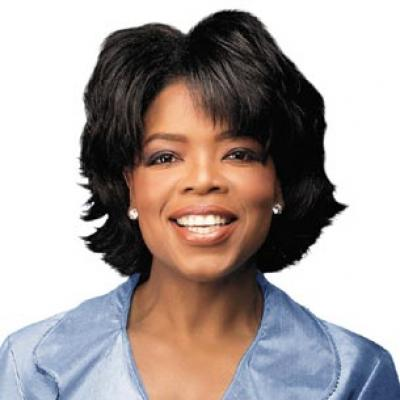 As for the secular becoming more sacred, Oprah Winfrey has created a daytime talk show that she has called “her ministry.” Oprah, who like Joel is on a first-name basis with her audience, says that her guests’ appearances are their testimony. It is not unusual for Oprah to talk of God and spirituality and she provides parables to contextualize her guests’ appearances. Admittedly, she cannot go too far with this and she has had to pull back from being telegraphically spiritual. For example, in the mid-1990s she had a segment on her show called “Remembering your spirit.” This segment presented practical spiritual advice such as ways to meditate, but it was presented in such a way as to suggest you should do this in order to be more patient with your children not necessarily to interact with the divine. Oprah was widely criticized for this blatantly spiritual segment and it was pulled shortly thereafter. Now, the content is more coded, but her segment is still repeated called “The Church of O.”

The similarities between Joel and Oprah are stunning:

Joel and Oprah are faith brands, products that sell spirituality using sophisticated marketing and branding tools. Specific among those tools are: creating a name and recognizable logo and creating a mythology around the brand. Here, too, Joel and Oprah are similar in that they present a rags-to-riches story that suggests if you follow what they present you too can be like Joel or Oprah.

Another example of the blending of the sacred and secular was when Fox News aired the Christmas Eve service from Saddleback Church, the country’s second largest megachurch located in Lake Forest, California. While we expect to see the Christmas mass from St. Patrick’s Cathedral in New York — a broadcast that has a long-standing tradition — there was something jarring about the broadcast from Saddleback. One has to ask “why that church? Why not one of the hundreds of other Protestant churches around the country?”

There are two likely explanations for this and you can choose which you prefer depending on how cynical you feel. The first is that Rick Warren is incredibly conservative and has reportedly been known to rally pastors from his 100,000-strong database in support of the Republican Party. This provides a nice connection between Fox and Pastor Rick. The other explanation is that this is flat out corporate promotion. Rick Warren’s best selling (in fact it’s the bestselling non-fiction book) The Purpose-Driven Life is publishing by Zondervan, a division of Newscorp.

Religion and spirituality as practiced in the 21st century has changed significantly in light of the blending of the sacred and secular realms. Faith is less likely to be practiced within the walls of a religious institution and instead connection with the divine is found through more secular pursuits. Religion has entered the political field with a vengeance – another area where the two spheres come together. The blending of spheres has led to a blurring in some media content leading us to wonder who is more of a televangelist: Oprah or Osteen? Secularization theory may help us to understand why religions are not in a culture war with popular media, but rather in a state of osmosis.