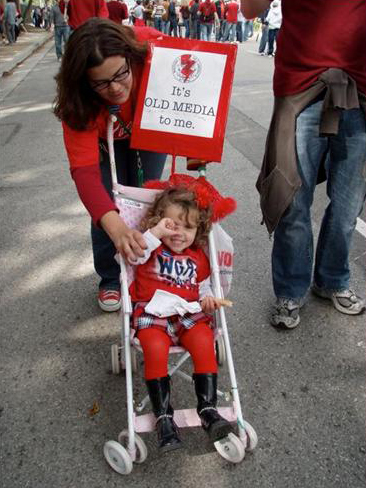 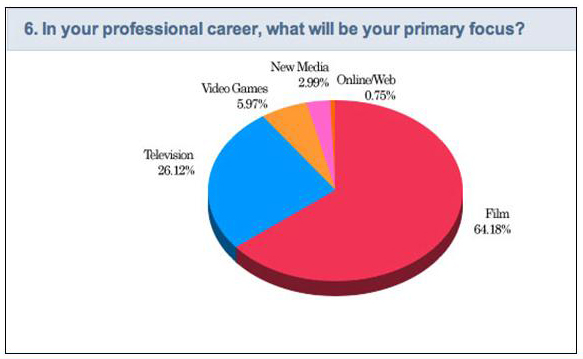 Of course, for decades the young have headed to Hollywood with dreams of making it. For this reason alone, it is astonishing that creative workers in film/TV enjoy collective bargaining and union representation, when union membership nationwide is at an all-time low and white collar professionals in all lines of work are an extremely difficult group to organize. The issue in the WGA strike revolves around compensation for work distributed online—which implicates the young in two important ways. First of all, the generation currently in film school eagerly gives their work away for free in hopes of being discovered. Student complaints at all the major film schools—where copyright for creative work produced in classes is held by the school, not the student—center on restrictions about posting creative work online. Second, students are accustomed to using the Internet for entertainment to such an extent that no one is sure they will miss (especially network) television if it goes away. As one showrunner put it “Kids today, you take TV away, they’ll say, ‘Big deal,’ and they’ll click on the computer.”1 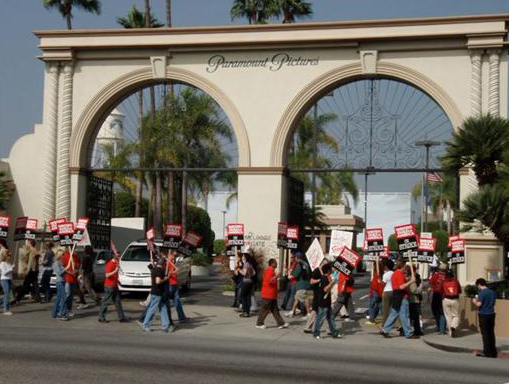 Calculating appropriate compensation amid the proliferation of new media outlets is far trickier than the math put forth by studio heads to the investors and the press about the booming financial success of their digital platforms. Entertainment attorney Jonathan Handel recently crunched the numbers in, “Reflections on Residuals,” but divining the future of digital entertainment—let alone calculating the bottom line on present-day media—is a complicated task.2 Marc Andreessen, founder of Netscape, suggested in his blog that writers turn to the Silicon Valley model: talent attracts venture capital, artists shares ownership with venture capital shareholders, everyone makes a fortune, and the quality of the media created is better than before. In this scenario, unions are an inconvenient feature of an anachronistic system where talent must band together and “engage in adversarial collective bargaining to try to extract a share of the ongoing economics of their output.”3 Presumably the adversarial nature of labor management relations vanished in Silicon Valley, when all “talent” became “owners.” In the Los Angeles Times, Patrick Goldstein criticized the WGA for not understanding that classic union organizing no longer works in the digital age:

“The WGA is fighting the good fight. But the glory days of Norma Rae are gone. Real change in today’s world comes from the energy and ideas of entrepreneurs, not from labor negotiations. To take control of their work, writers have to cut out the middleman.”4

Andrew Ross’s study of creative workers in new media, No Collar, has elucidated how risky, hyper-competitive, and ultimately exploitative working conditions are under the model of “entrepreneurial labor” common to Internet start-ups and advertising firms specializing in the online environment.5 The brutal workday at video game leaders like Electronic Arts is also receiving some publicity, and it is likely that unionizing efforts will be directed there.6 The young and the ambitious in the world of Web 2.0 do not need old-fashioned things like collective bargaining and unions—they will just slow you down. 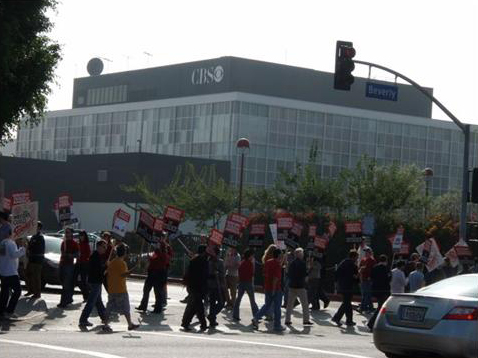 Digital utopianism threatens decades of union struggles by film/TV practitioners who have fought the endless lines of eager young people (especially those with parents who can support them indefinitely) who are willing to do anything to make it.7 The WGA radically threatens the cybertarian view of new media that has dominated the discourse of DIY, user-generated content, blogging and all things Web 2.0., by pointing out that all this media production for the Internet is unremunerated—all the videos, photos, and blogs posted on the web (and thereafter the property of the website owners). Of course, Silicon Valley could learn a thing or two from the WGA. Jaron Lanier argued in an editorial for the New York Times, “Pay Me For My Content,” that designing the Internet so that content is always free was a mistake. A computer scientist, Lanier has defected from the “Internet idealist” position because, he argues, business opportunities for writers and artists have decreased and “the only business plan in sight is ever more advertising. One might ask what will be left to advertise once everyone is aggregated.”8 Lanier plainly critiqued the YouTube model in December 2006: “The Web 2.0 notion is that an entrepreneur comes up with some scheme that attracts huge numbers of people to participate in an activity online….What is amazing about this idea is that the people are the value—and they also pay for the value they provide instead of being paid for it.”9 Maybe giving it away isn’t such a good idea after all. It brings the concerns of the middle aged, health insurance, mortgages, etc., to spoil the party of convergence media as a dazzling route to self-expression unfettered by material or economic constraints.

To investigate the extent to which the “entrepreneurial labor” model of the Internet has been embraced by film students, we conducted a pilot survey to assess how Los Angeles film students picture their future careers in Hollywood and the desirability of professional unions.10 The WGA strike provides an occasion to assess what young aspirants to these industries understand about labor and how much digital utopianism influences their career plans and willingness to work for free. Our preliminary research has shown that while students learn about their craft in film school, there is little explicit teaching about labor struggles for creative workers or the history of the labor movement in Hollywood. Ninety percent of the students surveyed stated that they know “little” about the entertainment guilds, even though 87% of them plan to join one of them during their career. 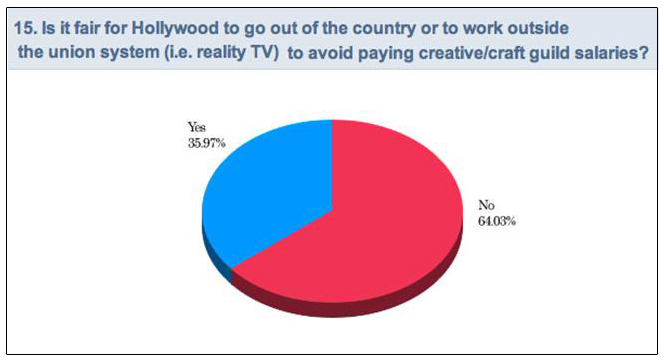 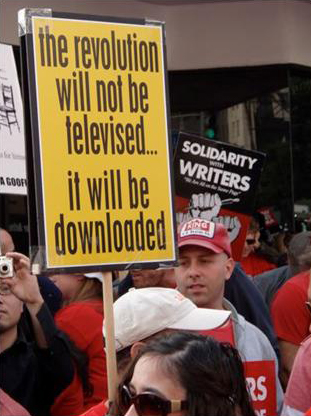