As US networks adjust to the shifting paradigms of control that govern the space in which television is produced, distributed, and consumed, the nature of the television network is being re-written. The industry focus on ‘engagement’ across platforms requires a re-imagining of what a television network looks like, how it behaves, and how it constructs its audience. Though not completely dead yet, the network ident, historically crucial to the construction of network identity, has been stretched by these new conditions.

Network idents themselves seem to have been absent from US television for a while now. Alhough the networks feature Fall line-up promos advertising the highlights of the coming season, ongoing promotional material selling the network itself is, in the words of ABC marketing chief Michael Benson, “fairly low on the totem pole.” (McPherson 2006). Indeed, ABC’s Yellow “I Like TV” campaign of the 1990s is still popularly remembered as the last network-wide branding campaign that had any real impact (Friedman 2007) and the current emphasis seems to be on promoting programs as sub-brands rather than focusing on network “cheer” (McPherson 2006). This approach resonates with current discussions about the changing nature of television’s form, particularly the decoupling of television programming from the television schedule and advertising modes (Carlson 2006), and the increasing disconnect between content and the broadcast medium (Dawson 2007; Hills 2007; Kompare 2006). 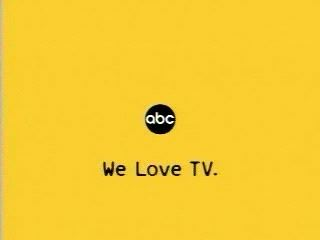 The absence of overarching branding campaigns articulating the nature of the television network – advertising, consequently, its appeal to audiences – raises a question, however, about what a television network looks like in the current climate. Television branding, Benson told Broadcasting and Cable in 2003, “is not simply graphic packaging, it is developing a voice, personality and feel for a network and its programming.” (“Brand Builders”, Broadcasting and Cable June 2, 2003). Reflecting on his time at VH1 in the 1980s, Benson remarked “it dawned on me that we needed to take more of a packaged-goods approach to branding [television] – to create our ‘Coke can’ or ‘Cheerios box,’ – and then prove to our audiences who and what VH1 was about.” (“Brand Builders”, Broadcasting and Cable June 2, 2003). While a little blunt, the ‘packaged-goods’ metaphor seems a useful one to describe some of the work television idents have traditionally played.

In the US cable market this description would still seem apt (consider USA’s “Characters Welcome” or Bravo’s “Watch What Happens” campaigns), and though it doesn’t account for the community forming role idents play, it would also seem to describe to some extent the role of ident campaigns in places such as the UK and Australia.US networks, however, have progressively eschewed this model of television branding, moving further towards program specific promotion at the expense of network identity campaigns. The germ of this movement might be traced to the watermarking of content in the early 1990s in response to the increased mobility of viewers in a multi-channel environment. ABC introduced watermarks as part of their 1993 attempt to position the network as a ‘superbrand’ (Mandese 1993), promoting programs rather than the season’s lineup and marking their programming with the now standard visual reminder of the content’s origin to make apparent the link between program and network.

The emphasis on program brands as opposed to network identity makes a certain degree of sense given the declining role of the schedule as a way to structure audience engagement, increasing personalization of both content streams and sites of consumption (Carlson 2006; Dawson 2007), and move further toward first-order-commodity relationships with viewers (Hills 2007; Johnson 2007). And yet, the Networks have not fully transitioned to a status as program producers or content providers. The organizational form of television still relies on individual programs contributing to the cumulative success of the network, meaning there may still be some value in promoting the network brand. This brand, however, is one that now stretches across not only multiple content types but also multiple sites of consumption or engagement, and this requires a shift in the way the network is constructed through ident material.

Despite the current elusiveness of network identity material on American television, ABC’s “Start Here” provides an insight into the way US networks are adjusting to the challenges of representing the network in the current market. Rolled out with their Fall 2007 line-up, “Start Here” presents ABC as the launching point for engaging with their content regardless of platform. Built around a graphics package featuring revolving icons representing a TV, computer, iPod, and cell phone, it features a prominent “play button” on the flip-side of the ABC medallion and a reminder to viewers the network is the official source for accessing content. Expressly offering viewers the promise of content available “anytime, anywhere,” the campaign attempts to establish the significance of the network in an era of textual and viewer mobility.

As Dawson (2007) argues, ‘mobility’ as it pertains to the current television moment needs to refer not only to the physical mobility of viewers but also to the mobility of television texts, available and portable across platforms. Having traditionally only made limited offerings available through official or sanctioned sites, the networks are yet to ascend to a status as the predominant sites beyond television through which viewers can access content. ABC’s approach, then, attempts to establish the network not only as the party responsible for the production of content, but also as the site responsible for the distribution of this content across platforms. This campaign represents a determined shift away from network branding strategies of old which positioned the Networks as sources for the experience of television. Consider, for instance, NBC’s “Come Home to NBC” or “Be There” (see below) campaigns from the 1980s where the Network was actively constructed as not only domestic but the site itself through which the television experience took place.

If anything, “Start Here” serves to drive viewers away from the television set, responding to the fact that the consumption of television content is no longer medium or temporally specific. Similar tendencies are present in the break bumpers NBC uses during commercial pods to remind viewers they can consume more – additional content, encores, two-minute recaps and the like – over at NBC.com. These break bumpers play with the feathers of the NBC peacock, using one feather each spot as a substitute for a mouse pointer while the content available online is promoted (a similar strategy is employed by NBC owned cable channel Bravo). What is significant about ABC’s campaign, however, particularly in comparison to NBC’s break bumpers, is the way it constructs the television network itself as a multi-platform object. “Start Here” portrays ABC as a network that exists across multiple platforms, rather than emphasizing (as NBC does) that the television experience is supported by extra-medium materials. Referring to ABC in the first person (suggesting viewers “start with us”) and presenting the platforms as virtually equivalent or interchangeable as sites for consumption (which in practice is untrue), the campaign re-imagines the television network as a network oriented around television content, rather than one organized around the television medium or the shared experience of consumption.

Carlson, Matt. (2006) “Tapping into TiVo: Digital video recorders and the transition from schedules to surveillance in television,” New Media and Society, 8 (1): 97-114.

Image Credits:
Image can be found along with evolution of the ABC logo.