While trying to define science fiction (SF) in Foundation’s Profession of SF series, author Robert Sawyer claimed that science fiction “will have to change if it is to survive…it will be much more common for serious SF novels to have contemporary settings” (16). Accepting this claim begs the question of what we might consider new SF, specifically new SF television, and how we will recognize it as such. More specifically, can we consider the highly technologically fetishized murder/mystery dramas like the various CSIs [1], Bones, and the Canadian show ReGenesis as SF television. 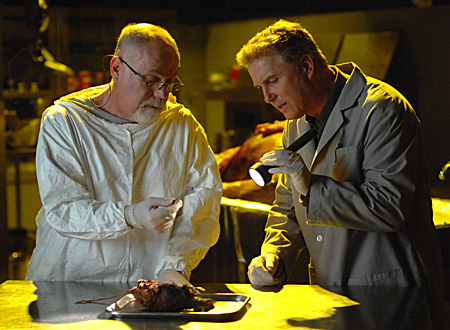 Dr. Roberts and Grissom working in the CSI lab

In the various CSI shows we get scenes that glorify various technologies as they are used in the pursuit of justice. For example, towards the end of the CSI: Miami episode “Rio,” viewers watch a montage of Natalie’s DNA analysis of miniscule skin scrapings from a cell phone. The montage is structured like a MTV music video from the 80s or early 90s with quick editing, contrasting colors, and background music that would be at home in a dance club. However, whereas the 80s MTV music videos usually festishized the human body, beautiful women, or sexy rock stars, this video montage clip focuses on the technological tools used to analyze the evidence. We see close up images of all of the equipment used to analyze the DNA, ending with a close up of the monitor showing the results of the analysis. This type of scene is standard viewing across all three CSI shows, as are scenes where the genetic scientists in ReGenesis conduct lab analysis of infected blood. 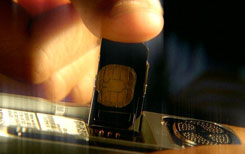 Almost every episode of Bones includes a scene where one of the scientists, Angela, either reconstructs the face of the murder victim or reconstructs the crime scene itself. Although Angela can easily draw the faces, most of the time she reconstructs them digitally and shows the results to both the team and the show’s audience, using a three-dimensional holographic monitor. The audience is sucked into these scenes, wowed by the technology in the same way we oohed, aahed, and “whoad” in scenes about “advanced” technologies from films like The Matrix. With these scenes that focus on technologies in a fetishized manner, these shows begin to associate themselves with a long line of science fiction film and television narratives that build themselves around the concept of an advanced technology.

In all five of these shows, the CSIs, Bones, and ReGenesis, the narratives promote the message that science and technology will find the “truth” behind the murder or illness. But why do the shows want, or need, science to find the truth? Or more importantly, why is it so important to the viewers that science and technology prevail? Again, the “Rio” episode gives us some insight. Natalie, the character who conducts the DNA test, was reprimanded earlier in the episode for allowing her emotions to impact her actions while working on a different case. In other words, the narrative sets up Natalie as human, emotional, fallible—she can’t be trusted. However, we can trust science! Although it is Natalie who runs the DNA testing, her face is either completed covered, like at the beginning of the montage, or relegated to a small portion of the screen during a three part split screen in the montage. 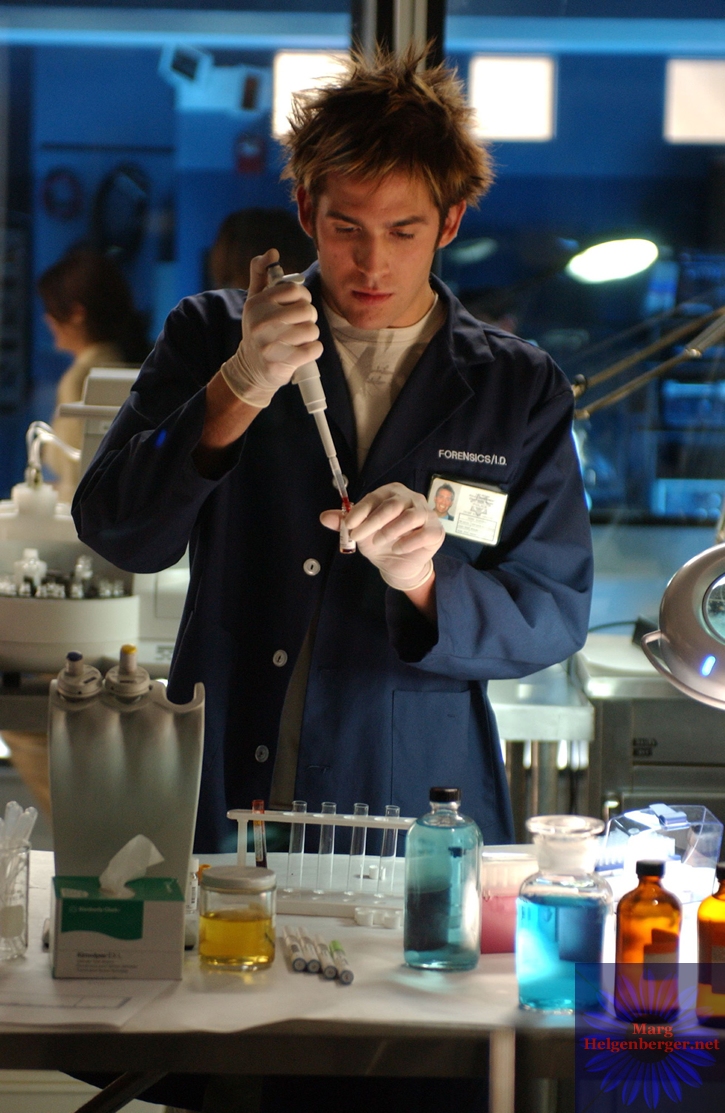 In A Genealogy of Technical Culture: The Value of Convenience, Thomas Tierney’s theorizes how technology functions as a way to overcome the temporal and spatial limits of the body, using technology to promote the Cartesian mind/body split and even overcome death. Obviously in these shows the technologies begin to also overcome the emotional and mental limits of being human. These technofetishized scenes in the CSIs, Bones, and ReGenesis also reenact typical Mulvey [2] moments, with the close-ups of the technology standing in for the close-ups of female body parts; both objectifying, disavowing, and displacing dangerously emotional humanity. In many of these episodes female characters conduct the scientific analyses seeking the truth. The women who play these roles have their “Hollywood beautiful” bodies erased by the lab coat wardrobes they wear; nothing must distract the viewer from focusing on the beautiful infallible technology. 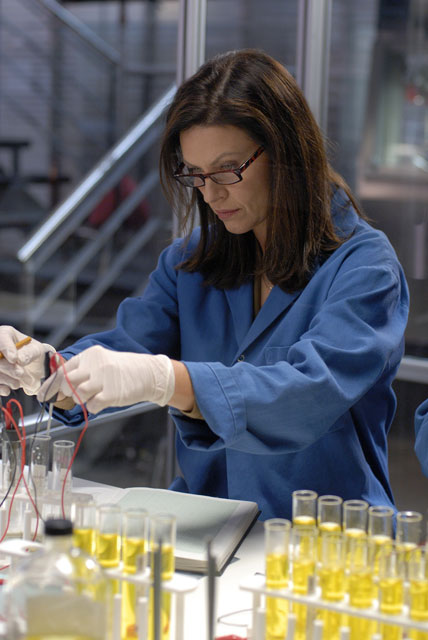 In the same 2000 article that Sawyer claimed science fiction will have to change, he also argued that “The days when you could tell the public that a microwave oven would replace the traditional stove are long gone; we all know that new technologies aren’t going to live up to the hype” (11). Maybe Sawyer is focusing on the public that reads science fiction, because the “we” in this statement clearly are not the primary viewers of the various technofetishized murder/mystery dramas. In these shows the technologies do live up to the hype. They are not emotional fallible humans; they can remain “objective” to find “the truth” so that “justice” prevails.

Sawyer stakes the claim that “the central message of science fiction is this: ‘Look with a skeptical eye at new technologies’” (6). He compares his definition to one of William Gibson’s, “‘the job of the science-fiction writer is to be profoundly ambivalent about changes in technology’” (6). To contrast, Sawyer discusses the success of Michael Crichton: “Crichton isn’t a prophet; rather, he panders to the fear of technology so rampant in our society…The writers of real sf refuse to sink to fear-mongering” (7). Clearly shows like the CSIs, Bones, and ReGenesis do sink to fear mongering. Crime is out of control; we can’t trust the human-run “system” to administer justice and save us. Therefore, we need infallible technologies to succeed. Although these shows focus on science and technology, do they fetishize the technology too much? Are they not critical enough to be true science fiction?

Maybe the idea that we must be skeptical of technology is being recognized. In newer shows like Heroes the narrative only depends on the emotional people; all of the characters are constructed as fallible. And at the end of season one, it’s the most fallible character, the unethical politician, who saves the day. And although Heroes seems more fantastic as a genre, with characters that have magical abilities, the narrative situates these advanced abilities within the realm of evolutionary science (fiction).

[1] When referring to the CSIs, I’m mean all three television shows: CSI: Crime Scene Investigation, CSI: Miami, and CSI: NY.
[2] I am specifically referring to the objectification of the female body through the spectator’s gaze that Laura Mulvey discusses in her article “Visual Pleasure in Narrative Cinema.”