I watch TV, and sometimes quickly push the buttons on my remote, but don’t really surf. Mostly I wade—recognizing my limitations and lack of necessary zeal. Years ago, when a faculty colleague made a good-natured jibe about me as a coastal town “surfer boy,” I took no offense or effort to correct him. But the fact is, despite my great love of water, sand, and all things beachy, I have never, in the local parlance, actually “picked up the stick.” I’m convinced that the sport of surfing ocean waves, as opposed to surfing television channels, is an activity for only the athletic, practiced and very dedicated. As Los Angeles Times columnist Dan Neil writes, “ It takes years before anyone appears less than ridiculous. If you don’t believe me, seek out the pictures of hyper-jock Matthew McConaughey floundering in the shore break at Malibu.” 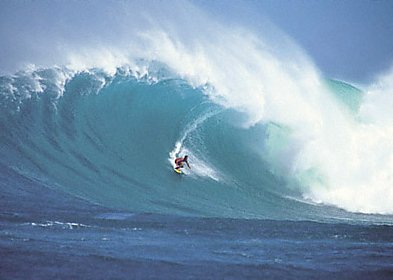 The sport of ocean surfing, with its innate difficulty, intimations of mystical spirituality and evocation of nature’s power and dynamism, offers compelling narratives and has held substantial appeal within popular storytelling. For example, this past summer Surf’s Up offered moviegoers—including my entranced daughter and I—an animated tale of “Cody,” the adolescent surfing penguin finding the pure joys of oneness with the ocean and the surfing community. And in the adult premium cable category, the short-lived magical realist series John From Cincinnati placed an abusive, broken family within surfing culture in the often-malevolent Mexico—US borderlands. In such narratives, surfing is defined as a quest for freedom from all that corrupts terra firma—factionalism, commerce, violence, and other varieties of social dysfunction. 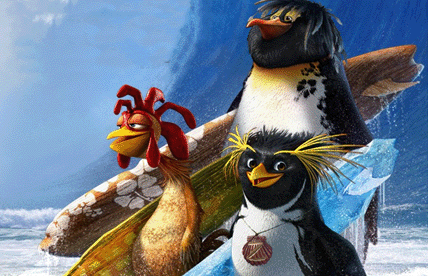 While surfers and critics have worried out loud about how such commercial vehicles might diminish or pollute the sublimity of an activity that is “the most fragile, the most vulnerable to ruination by mass consumerism,” watching John From Cincinnati and the salt-washed surfers in action at local beaches has prompted me to again think about how prominently the themes of freedom and transcendence have run through the metaphors for, and texts of, popular television. 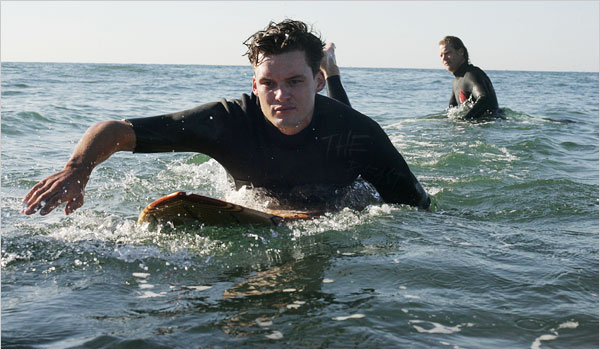 In John From Cincinnati (JFC), generations of the Yost family work out their personal and familial demons, a seeming grab bag of all manners of abuse, against the backdrop of a surfing community and its interactions with crooks and charlatans. The opaque, elliptical dialogue of the series, combined with its eccentric characters and repeated invocations of higher power, prompted significant reviewer criticism, including Variety television critic Brian Lowry’s comment that John From Cincinnati “might be the strangest show ever produced for American television—an HBO drama that makes Twin Peaks look like Mayberry RFD.”

It was a strange show, and that’s certainly not all bad. But what caught my attention was the way the series—and particularly the title character and cipher John Monad (he of the interesting last name)—define digital video technologies as the means of human redemption. The messiah/apostle/alien John speaks cryptically yet consistently throughout the episodes about the importance of the “zeros and ones” and the small video camera of Cass, a young women who works for a surf promoter and seems always “on scene” to record the goings-on. And visually, viewers very frequently review filmed scenes through the medium of Cass’s video camera. Cass’s camera more than once seems to have magical abilities to give other characters access to images that seem impossible. Referring often to his unseen “Father,” John states that his Father “freelances in Cass’s camera,” and that “the zeros and ones make the Word in Cass’s camera.” And in the series finale John underlines the point that his “Father’s words”–a frequently banal and disjointed collection of utterances mediated by John throughout the series—will be “heard” and understood more clearly through Cass’s camera than in the present moment. John is unusually clear in the final episode in stating that without the camera that digitally encodes their lives, nothing much else will matter. Transcendent beings have chosen digital visual technologies as the means for human redemption. 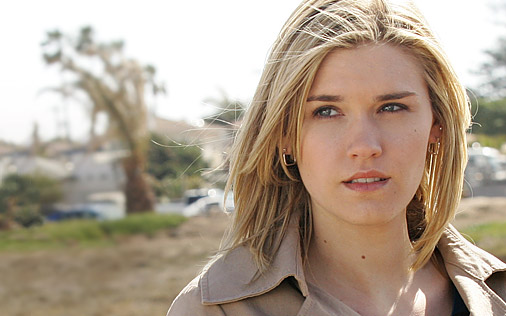 Cass on John From Cincinnati

Such myths, connecting human redemption and transcendence to electronic media transmission are, as Jeffrey Sconce has skillfully demonstrated in Haunted Media, well-documented historical and evolving cultural phenomena. Sometimes employed playfully as a self-reflexive commentary on the relationship between the auteur/god and audiences (as is likely the case in JFC), and other times less mischievously, such story-telling offers opportunities for students of popular culture to eschew technological essentialisms (common for example in the scholarly address of “new media”) in favor of investigations of the historical contexts, dynamics and concerns which produce popular understandings, practices and metaphors—such as the “channel surfing” television spectator. As Sconce argues, the fantastic, paranormal media tales all around us are important “not as a timeless expression of some undying electronic superstition, but as a permeable language in which to express a culture’s changing and social relationship to a historical sequence of technologies.”

Which brings me back to where I began—to television and surfing. I know that the phrase “channel surfing” dates to the mid-1980s, and refers to the practice of quickly scanning media content. But why does the metaphor enjoy such cultural purchase? Why is it that we “surf” television channels and the Internet? Why do we not channel/site skim, skip, zip, walk or hop (I know some of us zap.)? Or, as I suggested of myself earlier, speak of ourselves as viewers that “channel wade” in the televisual flow? Perhaps wading lacks the connotations of speed that seem so essential in description of postmodernity? Sconce seems to get at part of the answer in his criticism of the determinist scaffolding that supports ideas regarding television technology, television spectatorship and the medium’s “fragmented, channel-surfing schizos.” Certainly modern metaphors of television spectatorship have been powerfully informed by, and thus contrasted with, precedent visual technologies—primarily film. But metaphors of surfing also bring connotations of athleticism, spirituality, and adeptness in maneuvering through, and becoming a part of, an incessant “flow.” Such are well chronicled in surf novels, films and magazines.

In West of Jesus: Surfing, Science and the Origins of Belief, Steven Kotler, a young man who writes that before surfing he “never, not once, achieved a mystical anything,” finds a regenerative sense of spirituality in the sport, and describes some qualities of surfing and their culminating manifestation when he goes into big waves off New Zealand:I paddled fast to my left, angling toward the next wave, stroked and stood and felt the board accelerate and pumped once and into my bottom turn, and then the world vanished. There was no self, no other. For an instant, I don’t know where I ended and the wave began. This was an instant beyond the redemption I had hoped to find. Surfing is a game of such instants. The Japanese use the word aware to mean “transitory beauty,” describing things that are staggeringly impactful and simultaneously vanishing. There are dozens of surf terms that all fail at capturing this moment. Of course, words and metaphors always fail at capturing such instants, whether transcendent, mystical or mundane. But they productively offer a glimpse into the myths of the moment. What are we saying about ourselves and the time in which we live when we talk of “channel surfing” or “surfing the net”? I’m still not sure. But I do know that the more we think, write and teach about popular genres such as magical realism, and seriously engage the challenge of offering better understandings of the myths and social meaningfulness of transcendence, spirituality and religion, the better students we are of contemporary TV.