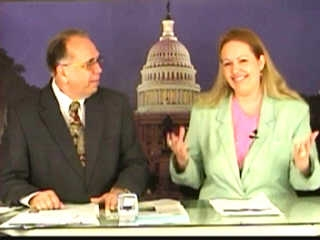 Approximately eight years ago, a racially motivated murder on the campus where I teach led me to research white supremacist websites.[1] Recently, I thought that I should revisit those sites and check for new developments. But this is demoralizing work and I wasn’t exactly anxious to log on to Aryan-nations.org. Then I tuned into Democracy Now’s extended coverage of the Jena 6 case and heard a snippet from one of David Duke’s radio broadcasts.[2] So, last week I bit the bullet, bought a quadruple-shot, 12-ounce cappuccino, opened my laptop and began surfing the web for “European” sites.

Membership in white supremacist groups is difficult to track. During the 1980s, the Anti-Defamation League of B’nai B’rith estimated that total U.S. membership fluctuated between approximately 11,500 people in 1981 to 5,000 in 1987.[3] The Southern Poverty Law Center, which monitors organizations rather than individuals, claims that the number of hate groups in the U.S. is on the rise, currently totaling 844.[4] These numbers, however, can be misleading, since some of the “groups” have only two or three members, and an increased number of groups does not necessarily signal an increased number of participants. White supremacists tend to be a contentious lot, and groups often feud and splinter. 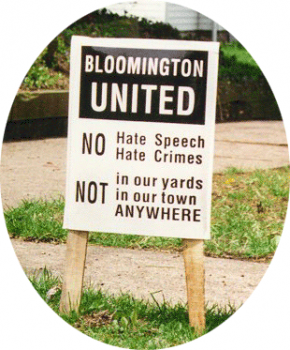 Since the 1990s, many scholars have preferred to rely on government hate crime statistics rather than on guesstimates of group membership, in part because they provide a more meaningful picture of actual activity and in part because they give a more accurate portrait of the real impact these groups have on people’s lives. In November 2005, the US Department of Justice chronicled 7,649 criminal incidents that law enforcement agencies reported “as motivated by a bias against race, religion, disability, ethnicity or sexual orientation” (total crime figures for the period were approximately 5.4 million offenses). The number of hate-crime victims was estimated to be 9,528; the number of offenders: 7,145.[5] While the actual number of hate crimes remains proportionately low (relative to other violent crime), its impact on a community can be enormous. Eight years after the Won-Joon Yoon murder in Bloomington, many businesses and homes still display the Bloomington United “No Hate” signs that date from that era.

Not all hate crime is perpetrated by members of supremacist groups, and not all perpetrators of hate crimes have visited “nationalist” websites. But racialist sites do continue to advocate violence, and often provide information that makes it easy for people to act. On September 21, 2007, for example, Bill White, Commander of the American National Socialist Worker’s Party, listed the home addresses of the Jena 6 on the American Nazi Party’s website. “Get in touch,” he urged. “Let them know justice is coming.”[6]

The way in which the websites conceptualize race has not substantially changed in the past eight years. But the target of essentialist race hatred has shifted; Anti-Semitic “news” items have increased significantly. Aryan Nations has always featured dramatically anti-Semitic reports on its site, and did so again this week. But most of the other major white nationalist sites led with Anti-Semitic items, as well. David Duke posted a radio broadcast on the Jena 6, but the majority of his site exposes what he considers to be “Jewish hate crimes” perpetrated by the State of Israel and American Zionists.[7] Even the official Klan website was more concerned with Mexicans and Jews this week than it was with the Jena 6 trial. Illegal Immigration—a plot fostered by illegal Mexicans and Jews to challenge the white Christian way of life—was the hot topic on both the Klan site and its weekly post of White Pride TV. 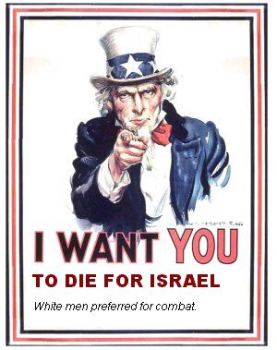 The Iraq war as a “war for Israel”

If the Jew did not exist, French philosopher Jean-Paul Sartre famously wrote, it would be necessary to invent him.[8] That certainly seems to be the case here. The immediate cause motivating the increase in onsite anti-Semitism appears to be white nationalist opposition to the Iraq War. Duke’s site is the most explicit in this regard. “No war for Israel” reads one sidebar and the lead story for October 1, 2007 stresses “the threat that the Jewish lobby poses to national security.”[9] Aryan Nations and the Klan similarly blame Israel for a war that is killing white Europeans. “Support our Troops! Bring them home!” reads a sidebar on the KKK website. “Put them on OUR border.”

Throughout this column I have mentioned radio broadcasts and television transmissions; the most striking change on the websites involves technology. Most sites now feature mediacasts and post links to other media. And it is the possibility of wider “knowledge” dissemination—through media—that currently drives many of the sites. While white supremacist broadcasts are not as professionally polished as evangelical broadcasts, nationalist groups seem to aspire to the same media success that Conservative Christians have enjoyed.[10] And it is important to note that white nationalists often have strong ties to fundamentalist Christian organizations.

Media outreach on the sites also translates into increased outreach to women. When I first looked at supremacist sites eight years ago, they had a distinctly masculinist appeal; the few articles addressed directly to women had mainly to do with home schooling. That has changed. The Klan site now has a special link, “woman-to-woman” with “articles, news, and views of interest to women—about religion, politics, family and more.”[11] Duke’s ex-wife Chloë Hardin is one of the co-founders of Stormfront; she has maintained close ideological ties with her ex-husband and frequently interviews him for the bulletin board. Duke himself sponsors a special page supporting Cindy Sheehan.[12] Even Aryan Nations, the most unapologetically violent of the groups (“Our Motto: Violence Solves Everything”) recently ran a spate of non-racialist pro-life videos, designed as media outreach to young pregnant European women. These seemed to be designed with possible Church use in mind. The Klan and Aryan Nations also link to an adoption service which offers support to young, pregnant, white women.

The Simon Weisenthal Center has identified “close to 7,000 ‘problematic’ websites, blogs, youtube [postings]and other on-demand sites.”[13] So the sites covered here are just a small smattering of what’s available. Many webpages exploit historical ignorance and healthy skepticism about received ideas. Often, postings (especially on youtube) can skate under the radar, since they don’t necessarily identify their sources as racialist. All of them claim to have uncovered part of the suppressed “Truth”—about history, about current events. Unfortunately, we have no reliable figures to measure how successfully they spread disinformation.

2. Signs that appeared in Bloomington during the time that Won-Joon Yoon was murdered