Getting to know you: reasons why when Kevin Martin speaks, people should listen

Last July, the Federal Communications Commission and the upcoming 700 MHz spectrum auction made front-page news, in the New York Times. Typically, stories covering telecommunications’ complex economic and regulatory issues are fifth-page Business or Technology section news items, if they get mentioned at all. In the current starlet rehab news culture, telecommunication spectrum policy gets little notice. However, when Google weighs in on an issue, the news media perks up, in full out EF Hutton style. In this case, the King of the Frenemy Hill announced their willingness to pay as much as US$4.6 billion on the band of spectrum that will be freed when television station stop broadcasting analog television signals, and go solely digital. Google released four requirements for openness to the eventual winners of the auction. With that, the media attention turned to Kevin Martin, the current Chairperson of the FCC. 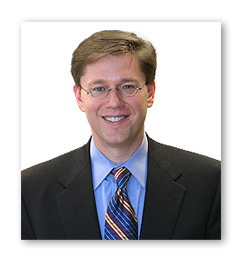 As compared to the heads of the Cabinet offices or independent federal bodies, such as the Department of Defense and the Federal Reserve System, Martin exists in moderate obscurity despite the vital role telecommunication plays in our society. (How could either the government or the banking system do their jobs without a functioning telecommunication system?) Dubbed “Harry Potter” by telecom insiders for his glasses and youthful appearance, Martin receives the media spotlight semi-frequently. Usually, the coverage involves indecency, which with be explained further shortly in this column. In the end, in response to Google’s requests, the FCC agreed on two of their four points for the upcoming auction, which mandated the interoperability and openness of applications and devices, but not for services and networks.

Building up to his current position, Martin studied law at Harvard and public policy at Duke. Upon graduating from law school, he went to work for the FCC. It is certainly worth noting, that he served as Deputy General Counsel to the Bush/Cheney campaign in the infamous 2000 election. After being selected as one of five FCC Commissioners in 2001, Martin was confirmed as Chairperson in 2005 to replace Michael Powell.

Where as his predecessor aggressively pushed a libertarian, free market, anti-regulation agenda, Martin does not have as a single-minded philosophical approach to telecom. During his tenure as Commissioner and now Chairperson, he has notably has taken stances on state rights and indecency. In 2003, as Commissioner, he voted against Powell to allow state regulators to continue to have more control of over their regional telecommunication rates and services. On the other hand, he is not afraid of allowing big telecom mergers to take place, as seen in his approval of the merging of AT&T and SBC as well as Verizon and MCI, under his watch.

Martin is also far more concerned with what is broadcast and more specifically indecency, than his predecessor. As Commissioner, he proposed over US$4 million in fines to broadcasters with charges of indecency, more then the combined total of the four other commisioners. He also dissented against the decision to allow the network broadcast of Saving Private Ryan without editing.

Today, he is not alone in the FCC in the quest to “clean up” television. Last June, media insider Shelly Palmer heard FCC Commissioner Deborah Taylor Tate speak. He relays that Tate cited the biggest issue she is dealing with is “sex and violence” on television. When put into context of all the pressing of telecommunication policy issues the FCC considers, her statement that her focus is on monitoring content is striking.

The landscape of increased scrutiny leaves television broadcasters in a challenging position. On Friday, August 31st, the Washington Post reports that PBS will distribute two version of Ken Burn’s latest 14-hour documentary “The War” due to concerns of fines by the FCC for the use of four words spoken by soldiers.

Further, the time and resources spend on policing content results in the lack of attention that is paid to other concerns. The previously mentioned spectrum auction exists because the FCC forced television to begin broadcasting digital television, which made the analog portion of the spectrum (that is, the 700MHz band) free to be resold. On February 18, 2009, television broadcasters will terminate their analog signal, and analog televisions will go dark. These viewers will have to switch to new digital signal enabled sets. However a survey this year by the Assn. of Public Television Stations shows that 61% of those surveyed did not know about the upcoming switch to digital or what it meant. 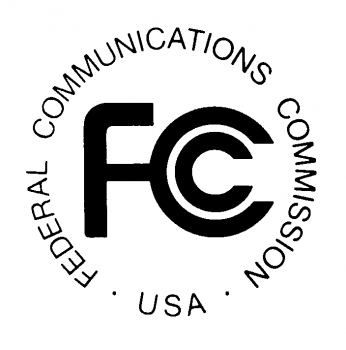 While most people in the US, watch television via cable, satellite and now over the Internet, 20% of viewers still rely on an over-the-air signal to receive their television programming. Move over, the people most at risk of being caught unaware are the poor, the elderly, and non-English speakers. In response to the outcry of several Senators, Martin requested an additional $1.5 million from the US Congress to communicate the upcoming changes to those who will be effected, and a coupon program run by the Commerce Department to upgrade sets.

How Martin spends the remaining of his tenure as Chairperson will affect his legacy at the FCC. The Telecommunications Act of 1996 is in need of an overhaul by Congress. This historic piece of legislation laid down the groundwork for allowing the local Baby Bells and long distance carriers like AT&T to enter into each other’s traditional markets. Its focus was clearly on telephony and does not account for the dramatic changes in the last decade with the rise of the Internet. New legislation is required to reflect telecommunications for the 21st century, where Verizon and Time Warner are competing for broadband users at the same time as Sprint and AT&T sell mobile video services. Martin has an opportunity to shepherd Congress through this new terrain that will redefine both the telecommunication regulation as well as the FCC, yet he has not yet taken a public role in this endeavor.

Kevin Martin and the FCC oversee telecommunications from end to end, from towers and wires to screens. The regulation of this industry has direct impact on our daily lives. As communication services and technology being engrained more deeply in our personal and work interactions, we are behooved to keep careful watch on their goings-on.