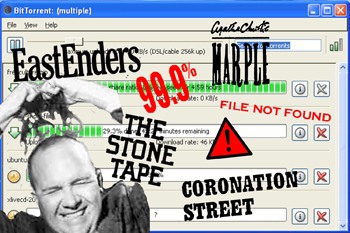 And so we hear that convergence technologies such as BitTorrent are going to change television. Marketing Week, for example, tells me that ‘viewers are rejecting the schedules created for them by channels in favour of constructing their own via BitTorrent’ (2007, 20). It all sounds very exciting. Well, I’ve finally begun to BitTorrent, among the last of my peer group to do so. I’m a Luddite, a late-adopter of new communications technologies – not proudly so, but without any particular shame. I don’t yet own an iPod, although I’m reliably informed that it will change my life when I finally get around to it.

My move to BitTorrenting was driven by two factors. Firstly, I run an undergraduate degree in Television. And if the media reports are to be believed, BitTorrenting is already changing the face of television, and will only continue to do so in the future. I need to know what’s going on, so that my students don’t embarrass me in class. 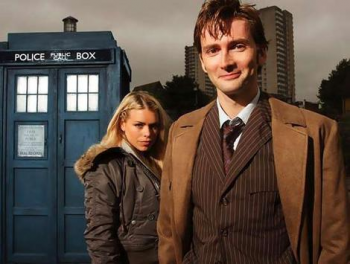 And secondly, I’m a little bit addicted to a British television show called Doctor Who, which has been an embarrassingly large part of my life since I was seven years old, and shows no sign of abating. New episodes play in the UK about three months before they reach my homeland of Australia, and the wait was quite frankly becoming unbearable. Besides which, it was silly getting my parents to video every episode and post them out to me by airmail. (which is what I’d been reduced to).

So now I BitTorrent. Two important points about me as I explain this experience.

1. I am old. 36 at last count, and too old to be truly part of a digital generation, although we did get ‘computer studies’ when I was at school and I learned to write basic computer programs as part of my secondary education.
2. I am a tertiary-educated, middle class male, and thus have resources both financial and cultural that allow me to have privileged access to computers.

So I am both less well fitted, and better fitted to engage with this new digital world than other citizens in Australia and similar developed countries.

And so – BitTorrent. Will it change television?

I am very happy to have new episodes of Doctor Who mere hours after they broadcast in the UK. And, following the model of consumer awareness and value adding, I still buy the official DVDs when they’re released, for the commentaries and extras, as well as the nice packaging, so it’s not disadvantaging the BBC.

As I say, I am a Luddite, and so I expect that many of the people moving into BitTorrent won’t have the same technical nightmares that I faced setting it up. I’ve never bought a laptop before. The whole process – getting the laptop; getting the Internet connection; getting the program for downloading the files; finding the website with the Torrent details; getting the program for burning the files onto disc; then getting another program for burning the files onto disc when the first one didn’t work – took several weeks, and lead to much crying. How on earth do people cope if they don’t have my financial and cultural capital, not to mention my lovely, computer-loving friends who are willing to put up with late-night, teary phone calls trying to work out why the hell the file I’ve just downloaded won’t even play?

And when I actually got the thing set up … I had vague dreams, as a late-adopting Luddite, that BitTorrent would open up a whole world of television programs to me. There are a number of shows that I have been seeking for years for my teaching and research. Finally, I thought – finally I would be able to find them.

Well, no. That was the first surprise – just how little material is available on the Internet. I was particularly keen on The Good Old Days, a British variety show recreating music hall acts, which ran from the 1950s to the 1980s. It would be perfect for teaching students about the continuities between Victorian popular entertainment and television.

It doesn’t exist on the Internet. I had this idea that it would only need one other keen viewer in the world who had posted an episode on the Internet for me to be able to find it. There exists, it appears, not a single one. The utopian promise of so many millions of people around the world, engaged in this community of sharing a passion for films and television – failed me at the first hurdle. I am, it appears, the only person in the BitTorrenting world interested in this show.

There were a number of current shows I was desperate to get hold of, which currently haven’t been released on DVD in Australia. One was Agatha Christie’s Marple. Guess what? Not a single Torrent available. How about my other favourite shows from my years in the UK, the soap operas EastEnders and Coronation Street? They get up to 10 million viewers an episode. Surely there would be some enterprising soul among those millions uploading it to the Internet so I could indulge my fantasy of keeping up with these programs on a five times a week basis? 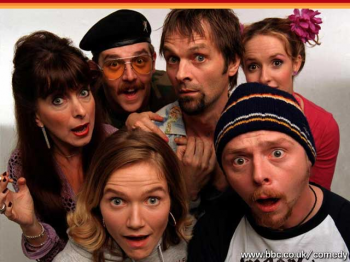 Other shows were also limited. Even the ones that have already been released on DVD, which I could get from Amazon and ebay. Spaced is only easily available as complete season files of over 4GB – that’s a good part of my monthly download. I can’t get the single episodes I want. The Stone Tape is only available from a single seeder, who then went offline after two days of downloading 95.57% of the file, and never reappeared. It’s a frustrating mess.

In short, there’s a limitation on the kinds of programs that you want to BitTorrent. Basically, we’re looking at two main parameters. Firstly, it should be programs that have a large pre-existing cult following. Secondly, you’ve got the best chance of finding a decent number of seeders (and thus getting the download in a reasonable amount of time) if you are looking for recent episodes. Because of course, people don’t keep the material stored and accessible for posterity. Things vanish fairly quickly.

Which means that BitTorrent is currently – for those who can get in there (and as I say, even for a well educated and well off middle aged man, it’s not easy) – great for building cult communities around cult television shows. But it’s still a very limiting experience if you try to go outside of those shows. I can’t build my own schedule. And this isn’t just about technology. Even as that develops and becomes easier, cheaper, more accessible, the problem will remain: the content of BitTorrent relies on a pre-existing community of fans. And it is ephemeral. The purpose of BitTorrent might most accurately be described as globalising the release dates of new episodes of cult television series. That’s about it.

Overall, it’s been a frustrating experience. As I say, I’m delighted that I’ve been able to see Doctor Who season 3 (it’s a corker. The final episode had me crying with delight, which is always a good thing). But I’m reducing the download limit on my Internet account now the season is finished. I really don’t feel like there’s any need to keep it. It’s quicker for me to get a bus into town and buy a DVD box set of a show I want to see than to download a season by BitTorrent (I can get there and back in 30 minutes). And for DVDs that aren’t available in town – I’m more likely to get them from Amazon than from through BitTorrent.

As I say, the only really use for BitTorrent is in globalising the schedules of new cult shows. And there aren’t any other shows around at the moment that I’m passionate enough about to need to see them as soon as they’re broadcast (I still love My Name is Earl and Drawn Together and Trinny and Susannah Undress, and many, many others, but I don’t need to keep up to date with every new episode in the same way). (And, in passing, I’ve gone off Battlestar Galactica. I kept waiting for a happy ending, and it never seemed to come. Also, I never liked The Sopranos. The only word I could think of to describe the single episode that I watched was ‘nasty’). 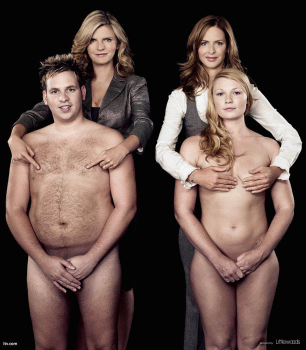 It’s a difficult, frustrating experience. And as I say, I can’t imagine that I’m the least competent person to be engaging with it. I’m on the right side of the digital divide, at least.

All of which makes me think that broadcast television is here to stay. Maybe not unchanged, but certainly with the basics still in place – a schedule of broadcast programs, aimed at a cross-demographic, national audience, presented on a cheap, accessible and easily navigated piece of technology. There is no ‘television divide’ in developed countries – or, to the extent that there is, it is exact reverse of the digital divide. The only people in a society who don’t have television (about 2% of the UK population in 2003 – Bailey, 2003) are those with the highest levels of formal education – intellectuals, artists and knowledge workers, mostly. Television is an incredibly accessible device. And accessibility is a grand thing.

I’ll return to BitTorrent on December 25th, when the Doctor Who Christmas special (starring Kylie Minogue – hurrah!) is broadcast. But until then, it’s back to the television set. We’re reaching the end of season 7 of Big Brother in Australia, and the gay corsetier is still in with a chance. I don’t have to wait for two hours to download the episode, and I don’t have to spend weeks setting up the technology to view it. I just switch the telly on, and there it is.