The Empty Archive: Canadian Television and the Erasure of History 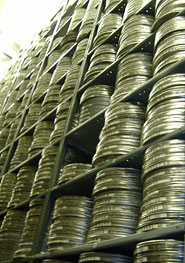 Canadian television texts, for a variety of reasons, appear to be enjoying a surge of development and visibility. There has been a recent surge as well in scholarship in the field of Canadian television studies. As someone who studies such texts, there is one major stumbling block to this work, and I am certainly not the first to make note of it… there is no archive of Canadian television. Sure, there are spotty repositories here and there, but no systematic cataloguing of series, or spaces in which such archival materials could be made available to the public, scholarly or otherwise.

The particularly astounding thing about this resides in the nature of Canadian television, or more specifically, the system of laws (CanCon), acts (CBA), commissions (CRTC), and funding structures (CTF) that exist for the purpose of its creation; much of this funding is consolidated through the public purse.[i] This is necessary because, as, for example, Peter Grant and Chris Wood have chronicled, our small population makes it impossible for Canadian television broadcasters to make money off their own productions, even if they are relatively cheap to produce compared to the average American production cost. Left to their own devices, it is argued, Canadian broadcasters would likely stock their networks with (primarily) American fare, which they can buy for a fraction of the cost of paying for local produce (so to speak). Even successful Canadian shows like Degrassi, the lynchpin example in Grant and Wood’s book, probably wouldn’t get made without the rules that explicitly state that Canadian broadcasters have to set aside a certain portion of their roster for Canadian content,[ii] as well as the financial means to help independent producers get their products to those broadcasters.[iii]

Well, all those things are in place, for now anyway. Canadian shows get made (who sees them is a different question, perhaps one to be taken up in another column). These are my tax dollars at work, and on some days this makes me happy. Except that nowhere in all of the complex and highly bureaucratic orchestrations to get these domestic televisual productions to broadcast is there a mechanism to ensure that they will be kept around in case anyone might want to watch them in the future, whether out of a scholarly desire to understand something about television or Canadian culture, or simply a keen interest in Canadian esoterica.[iv] That such an archival structure is not built into the granting of funds to producers says a great deal about how television, especially that which is produced nationally, is seen in Canada, and the resistance to accepting television texts as cultural products whose value is on par with that of literature, for example, for which a national archive exists.[v] 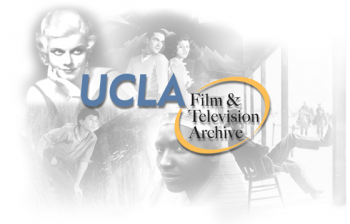 Mary Jane Miller, a preeminent scholar of Canadian television and a great mentor of mine, has been writing and talking about these issues for almost two decades. In a paper entitled “Archives from the Point of View of the Scholarly User: or if I died and went to a Platonic archetype of a sound and moving images archive this is what I’d find,” delivered at the National Archives in Ottawa in 1990, Miller describes a dream in which a national archive, complete with helpful archivist, exists for the scholarly seeker, who is seen as at least partly the raison d’etre for the archive’s creation (rather than as a pest) and is thus welcomed. She goes on for several pages, and at the end of each paragraph the reader can only sigh in the recognition of how far we are from such a dream, perhaps moving farther, rather than closer, every day. As Miller notes in a later document (2001), major TV collections exist in several places in the US and in Britain, but in Canada the attitude has been one of neglect and inertia, which suggests a lack of foresight into the meaning television holds as a marker of cultural histories. This is especially true in the case of, for example, marginal programming that may appear only on local broadcast channels, with little hope of wider distribution.

Those of us who work in this field all have anecdotes that reveal our personal trials and tribulations. Last summer, a colleague told me about a trip to the Canadian west coast in which they found themselves holding a door open with one foot, trying to reach some half submerged film reels of an early Canadian TV show that had been left to decompose. For myself, I have been trying to track down several Canadian teen series for some time. Of one, a series called Time of Your Life that aired on CFCF-12 in the late 1980s, I have found virtually nothing. I finally tracked down another series, Northwood, produced for the CBC (Canadian Broadcasting Corporation) in the early 1990s. All the episodes existed only on ¾” tape and there was no funding to transfer it. I eventually paid over $2 500 for that transfer, out a research grant, with the understanding that I would get VHS copies of every episode (digital transfer would have been far more costly). Thus the government, which paid handsomely for the original production of the series, but which appeared to have no money allocated specifically for its preservation or archiving, ended up, through circuitous routes, putting its money to that very use.

Today you can buy and rent copies of some Canadian TV series: Degrassi, Da Vinci’s Inquest, Trailer Park Boys, Corner Gas, Kids in the Hall, Due South, SCTV, The Red Green Show, Traders, The Newsroom, This is Wonderland, Royal Canadian Air Farce, Road to Avonlea, Cold Squad, and Slings & Arrows, for example. Those few, past and present, deemed marketable, may end up on the shelves of a local HMV or wind up on Amazon.com. But many won’t, and some of those will be regrettably lost to future scholars trying to reconstruct a narrative about Canadian television and the world it set out to create at a particular moment in history. But even if everything ended up for sale, does that mean that it still isn’t important for television, like other cultural texts, to be archived and preserved, systematically, in recognition of its importance as part of a shared cultural heritage to be made available for the future? 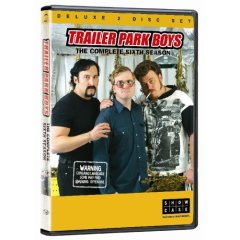 ———. “Archives from the Point of View of the Scholarly User: or if I died and went to a Platonic archetype of a sound and moving images archive this is what I’d find.” In Documents that Move And Speak: Audiovisual Archives in the New Information Age. Munchen, London, New York, Paris: K.G. Saur, 1992: 253–57.

[ii] The point Grant and Wood are trying to make is that Degrassi might get made, but made within the context of American TV production (a Canadian system without the laws and funding schemes) it wouldn’t look like the Degrassi we know today.

[iv] The networks may have their own archives (although access to them is tricky) but often only archive the shows they produce, not the ones they air, even if they have contributed to these productions financially. Because part of the funding structure is intended to support independent producers, Canadian TV shows may be produced by tiny production houses, who disappear, leaving the only copies of original series in antiquated formats moldering in the back of suburban basements.

[v] This is not to suggest that there aren’t technological and financial concerns and differences in archiving books and TV series.