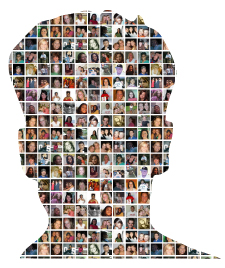 I first heard about Facebook a few months ago. My cousin, an undergraduate student, was having dinner at my house and mocking my husband mercilessly about his MySpace page. MySpace, she intoned, was over; Facebook was “it.” As a scholar of media, she found me guilty of not keeping up with the times. The Internet isn’t really one of my main research areas, I reasoned; I barely have time to keep up with my email. But I was intrigued. The only way to get into the Facebook system is to sign up and in so doing get a page of one’s own. I did so. A bare bones page… but four hours later I was still “on” Facebook, complaining to my husband about how few old friends I could find.

Facebook is a social networking site or social utility. It has one of those dizzying pedigrees we associate with the Internet age. In 2004, its creator, Mark Zuckerberg, began with the idea of developing an online version of the paper facebook produced for incoming students at Harvard, where he was a student. In less than a year he had dropped out of school and moved to California. Within the next six months, Facebook was made available to students at most universities in the US, soon high school students were invited to join, and networks were expanded to include Britain, Canada, and Australia. Less than two years after it began, Facebook opened its doors to the general public and was estimated to have 12 million users. Today it is said to have as many as 20 million users as rumours circulate that a buyout for as much as 2 billion dollars is in the works. 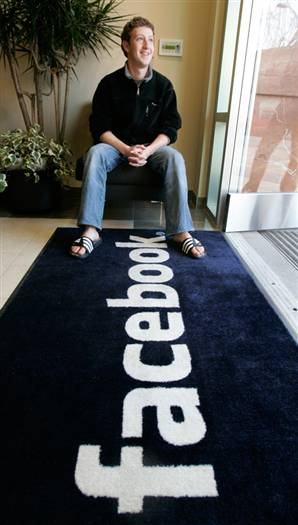 Facebook is a strange place. You can provide an almost unlimited amount of personal information on your page. You can post pictures. You can engage in an ongoing commentary about your life, minute by minute. The system also creates a running mini-feed that lets you know every minute change any one of your “friends” effects on their pages. You can invite people you know and strangers to be your friends, to come to social events, or to join Facebook groups that you start or are merely a member of. A lot of people use Facebook like email. It’s a place to chat and to keep people informed about your life. But for some people — and this is how I, and I suspect many people my age (the over 35s, who are even older than 25–34 year old “oldies” discussed in one recent Globe & Mail article), get hooked on Facebook — it’s a place to find old friends that we weren’t likely to track down anywhere else. And this is where, I suspect, we differ from younger cohorts of Facebookers who probably aren’t as nostalgic as we are… yet.

Nostalgia is a definite key for many of the Facebookers I know — and I can’t quite believe how words like Facebooker and Facebooking flow out of me after just a few short weeks of interface. While quite a few of my “friends” are people I work with, live near, or am related to, the ones I really seek out and the ones I, in a sense, have thus far derived the greatest satisfaction from being connected to, are the old friends I lost touch with along the way. Frederic Jameson says that “an addiction to the photographic image is itself a tangible symptom of an omnipresent, omnivorous, and well-nigh libidinal historicism” (18), one that “cannibalizes” the past into a cacophony of “overstimulating ensembles” (19). This is an apt description of Facebook for many users (and perhaps of many users as well).

An April 23 editorial in the Toronto Star makes the libidinal quality of the Facebook experience explicit by suggesting that social networking sites are now rivaling Internet pornography for sheer number of users. Jen Gerson writes, “though the website du jour may change, the desire to be connected all the time isn’t going to go away among the youth cohort.” I agree, although I think the focus on youth misses the fact that people in their 30s, 40s, 50s (and so on) are increasingly using social networking sites to stay connected with their pasts as well as their presents. Here’s one example: I recently invited one of my best friends from high school, a busy working mom with four kids, to join Facebook. She so rarely responds to her email, I thought she’d just delete it. But, just a week later she sent me a message (on Facebook) saying she just couldn’t keep herself from trolling the system looking for old friends.

Linda Hutcheon makes the important point that a predilection for seeing postmodern culture and its artifacts as inherently nostalgic is something to be cautious of. She’s right of course. Nostalgia often implies the longing for a mythic past, whose doors, always barred to us, make what is behind them infinitely desirable and whose completedness masquerades as simplicity, as authenticity, as a time that was really “real.” We can go home, but we can’t go home. In her recent book, Giving An Account of Oneself, Judith Butler argues that one of the problems of doing so — of giving an account of oneself — is that there is always an originary part that we cannot know. A piece that is beyond language and memory but that is nonetheless foundational to who we are. We are, on some level, aware of this, and search for ways of contacting or connecting with this originary part for which we have no vocabulary of enunciation. This may be part of Facebook’s appeal. Many people are casting around in its multitudes looking for connections to a past they feel cut off from; from parts of themselves they think might be lost; for threads of a narrative that will allow them to give a fuller and more complete account of themselves.

And yet, is there an ironic aspect of Facebook? Is this type of postmodern cultural production/immersion (as we are both in it and, in a sense, co-producers of it) simply a reification of a mythic past, a giving in to longing for something unrecoverable, or do we engage with Facebook via an “ironic distance,” or both (Hutcheon)? Hutcheon argues that irony and nostalgia are both responses to things, rather than things in and of themselves. Facebook can be read as a space where irony and nostalgia co-exist, especially for those who use it to seek out the past. The pages and groups people create are genuine but evidence a type of ironic distancing that comes from a recognition that the people reading are, in some sense, at a temporal distance. These groups play a bit like the newest ad in the Diet Pepsi “Forever Young” campaign. Called “Make-Out,” the ad features a couple in their thirties who wish they could make-out like they did when they were teens… flash to them making out in the grocery store and at parent-teacher interviews to the 1983 Bonnie Tyler power-ballad “Total Eclipse of the Heart.” Happily, they return to their present, but with the recognition that Diet Pepsi keeps them young, connected to their youth… like Facebook. 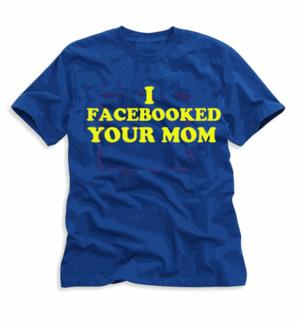 Ironic, nostalgic, Facebook does have a high school quality. One friend told me she had resisted joining because of an experience on an earlier social utility: she kept looking for ex-boyfriends and their new girlfriends, comparing the “coolness” of their sites and hers, comparing the numbers of friends each had. It was, she finally explained, like being back in high school. Alyssa Schwartz, in the Globe & Mail, discovered similar invocations of a “high school mentality,” finding Facebook guilty of “bring[ing] back behavior that went out with plaid shirts, Tuff boots and Nirvana.” Note how Schwartz’s invocation of high school, here coded through fashion and music, marks the ironic nostalgia of Facebook participation, but also locates “old” Facebookers as people who were teens in the 1990s, not the 1980s (shoulder pads, doc martens, and Madonna), 1970s (hot pants, platform shoes, and Led Zepplin), or 1960s (mini skirts, saddle shoes, and The Beatles).

There is clearly much to be studied in the worlds of Facebook. The desire to network the past in the present, the availability and massive usage of this technology, certainly warrants closer examination.