by: Stephen Groening / University of Minnesota 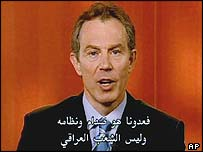 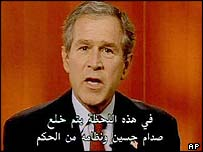 For Jean Baudrillard, television is not a medium of communication but a technology of non-communication because it precludes the reciprocity necessary to symbolic exchange, an activity he compares to ritualized gift exchange described in the anthropological writings of Marcel Mauss (Merrin, 1999). The amount of signification produced by television overwhelms our ability to give meaning back and thus renders our world opaque. Since the television audience cannot “give back” to television, television prevents communication. Based on this model of the symbolic, Baudrillard famously declared that the 1991 Gulf War “did not take place” since a war requires a struggle between adversaries, which the first Iraq War clearly did not have. A true war would involve exchange and opposition. Baudrillard argued that the United States was a constant giver in this non-war and, at any rate, the goals of George H.W. Bush and Saddam Hussein overlapped so much that they were not adversaries (Baudrillard, 1995).

“Operation: Iraqi Freedom” (the second Iraq war) has been somewhat different. Although the invasion was a non-war by Baudrillard's definition, the occupation includes an amount of “symbolic exchange” to fulfill Baudrillard's requirements of actual, rather than virtual, war. The Bush administration and, according to polls, the U.S. citizenry are disconcerted by this turn of events. It is fairly clear that the invading forces did not want any part of any kind of symbolic exchange. An example from the use of television in the invasion suffices to support this point. On April 10, 2003, as part of an effort called Towards Freedom Television (TFTV) a specially equipped Hercules aircraft dubbed “Commando Solo” flew over Iraq and began broadcasting a series of televised speeches by George W. Bush and Tony Blair into Iraqi homes. In the tradition of leaflet dropping, balloon releases, radio broadcasts such as Voice of America and Radio Free Europe, Towards Freedom Television was not necessarily new or remarkable. But there are some intriguing developments in this form of imperial propaganda: a military plane beams television broadcasts into a country whose television stations were among the first targets to be destroyed by bombs and missiles, and the control of distribution is created through brute force. Thus, the invaders want to replace one form of what Baudrillard might term unilateral non-communication (that of Saddam Hussein's regime) with another (U.S. television). 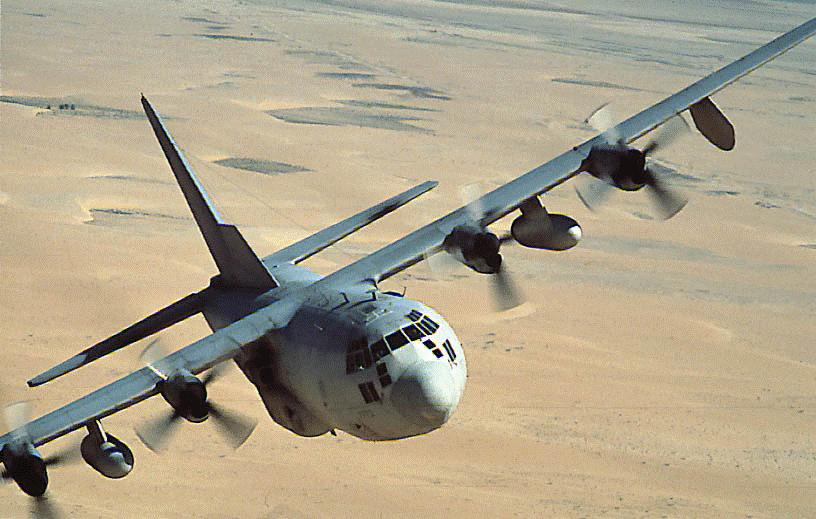 In retrospect, TFTV was a failure and a surprising one, given that television is often seen as the propaganda device par excellence. Following Baudrillard's logic, both TFTV and the television system in the United States lack symbolic exchange and so one should work as well as the other. However, the breakdown really occurs in how unsuccessful TFTV is in simulating symbolic exchange; that is, how close TFTV approaches a model of communication. Because television in the United States more closely adheres to an imagined model of communication and reciprocity, it is rarely recognized as the non-communication it is. Through the slight-of-hand and misdirection called “freedom of choice” the non-communication of U.S. television appears to be communication through an appeal to freedom (of markets, of expression, of not watching). Iraqis, because of lived experience, were (and are) able to recognize non-reciprocity when they see it.

In the case of TFTV, freedom means broadcasting news from the big three American networks (ABC, CBS, NBC) in the place of Iraqi television. TFTV, run by the British company World Television (with apparent supervision from the Pentagon), consists of already created media products and promotion. These operations–destroying previous media apparatus and filling the airwaves with U.S. cultural product–paved the way for Norman Pattiz, chairman of Westwood One, to set up “Iraq and the World” a 24-hour satellite channel beaming similar material as TFTV to 22 countries in the Middle East.

I am neither surprised nor particularly upset by the military's effort to broadcast propaganda into foreign territory, it seems a relatively minor incident in the larger context of the war. I offer TFTV up as a graphic demonstration of the similarities between television's non-communication and the invasion's non-war, which calls attention to the fashion in which military and cultural activities seem interchangeable. Richard Denis Johnson, author of Seeds of Victory: Psychological Warfare and Propaganda made this equation explicit when he said of the leaflets alerting Iraqis of TFTV “It's almost like getting a TideTM coupon in the mail” (Coughlin, 2003). This observation is disturbing and chilling on several levels. First, it compares the violent destruction and subsequent replacement of a nation's media apparatus to the banal experience (to U.S. citizens) of receiving junk mail. Second, it reduces the messages of two of the most powerful men in contemporary society to laundry detergent. Third, it conflates violent military activity with consumerism. In this sense, it would seem Baudrillard is correct: no matter what we may hope for the media in contemporary society, it has become a form of symbolic violence by disallowing response and reciprocity. If leaflets from a hostile and invading army are equivalent to coupons, than the advertisements on television might be akin to the door-to-door raids carried out by the U.S. Army. Thus television is militarism carried onto another stage. Perhaps television is domination in an even purer form than military force, since, as we have seen in the past few years, the violence perpetrated by our invasion of Iraq has elicited more reciprocity and stronger responses than broadcast television in the United States. 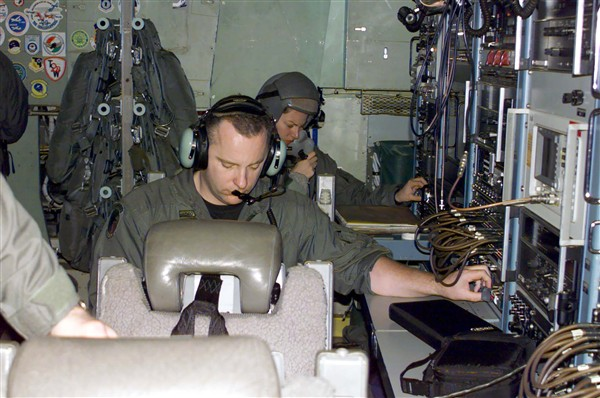 The Air Force training for transmissions

While some debate the extent and nature of media influence, those in power already take it for granted. It does not matter to George W. Bush, Tony Blair, Brian Williams or Bill O'Reilly if audiences adopt “negotiated” or “oppositional” position, if they “poach” meanings, or if programs are polysemic, transparent or open. The destruction of local media apparatus and the replacement with exogenous media transmissions demonstrates how television is a “push” technology; the explanatory power of the active audience thesis no longer pertains in the face of TFTV's kind of unilateralism (that this unilateralism is somehow different may be just a fantasy we want to believe). The question here is not of propaganda versus ideological influence, or of truth versus lies. Nor is it an exploration of the link between military technologies and communication technologies, which has been covered exceptionally well by others (Mattelart, 1994 and Virilio, 1989). The violence inflicted on television by invading powers graphically illustrates how much is at stake in controlling the content of the airwaves. This may seem like a mundane observation, but it sheds a different light on struggles over representation which constitute so much of the politics of television playing out in major daily newspapers and weekly newsmagazines.

For Baudrillard questions of media control and distribution of content are misguided, since he presumes that we live in a mediatized, non-communicative society. According Baudrillard, what we need is to get back to the old practices of speaking to one another, to reject the simulacra and bring back symbolic exchange. This is a nostalgic view, which attempts to get back to a pre-modern society and include activities close to Mauss's descriptions of Native American rituals. In a sense, Baudrillard is a hippie: the social activist who leverages social privilege into primitivism and mutates social responsibility into rebellion. In his critique of Hans Magnus Enzensburger, “Requiem for the Media,” Baudrillard reveals himself to be precisely the kind of '68er Enzensburger critiques: the nostalgic who feels that non-industrial and artisanal media form symbolic exchange and constitute the only way out of the non-communicative society in which we live (Baudrillard, 1986).

So here is where we must depart from Baudrillard. For it is not enough to abandon certain media to the category of non-communication and uphold others as “symbolic exchange”. If television is indeed a form of symbolic imposition we must ask ourselves why unilateral non-communicative media arose in the 20th Century and became instituted in a society that professes liberalism and freedom of expression. In other words, Towards Freedom Television points to the need for historicity (attention to the specific situation of “Operation: Iraqi Freedom” would reveal opportunities for symbolic exchange) and sociological analysis. If we only look at television programming and audience activity in front of television sets (or other screens), we would miss much of this exchange and the kinds of communicative reciprocity that are taking place. Condemning the mass media as the enemy, as hopeless, or as inherently anti-social and anti-human is to retreat from the struggle of political and cultural representation; and it is a struggle we cannot afford to lose.

Stewart-Smith, Charles. “Why Should the Iraqis Believe US TV?” The Guardian. 14 April 2003.