Online Game Talk and the Articulation of Maleness

by: Avery Alix / University of Washington

More than simply chatter, online talk between video game players involves the sharing of ideas, values and evaluations within a tortuous system of game mechanics, digital traditions, and wider cultural constraints. While these casual communications are easy to dismiss as unimportant or poorly articulated, it is worthwhile to render the underlying social work made by this discourse visible.

Like “African-American speech,” “woman's talk,” and other forms of marginalized speech discourse, online gamers' talk is often sneered at and looked down upon by those at the top of the Western hierarchy. Nonetheless, Kline & Alix (2003) report that online gamers rate the importance of communicating with other players more highly than they do exploration, teamwork, building characters or items, practicing skills, learning secrets, or even winning the game. Clearly, discourse in online games is widespread and significant to gamers, at the very least.

Player talk is torturously interspersed with slang and a mix of gaming and pop culture. Communication in this medium is often reciprocal, personal, informal, linguistically transgressive, spontaneous, publicly accessible, largely egalitarian, and can be oriented to accomplish tasks or to build relationships. While statements are often personal, they often indicate little personal identification with other players.

Messages are inter-textually linked to pop-culture and filled with disembedded references to broader cultural practice. Game utterances perform a wide variety of purposes and serve many forms of communicative goals from task orientation, to entertainment, to persuasion, to identity work.

The Expression of Maleness

To scale this down, let us constrain our focus to how people express male gender in casual talk. First, let us look at how socio-discursive power is employed to construct gendered identity in face-to-face talk, then let us see if these strategies are in use by game players.

Cameron (1997) suggests, “Gender has constantly to be reaffirmed and publically displayed by repeatedly performing particular acts in accordance with the cultural norms (themselves historically and socially constructed, and consequently variable) which define 'masculinity' and 'femininity'.” The near-constant labelling of others with sexualised pejoratives used by many players attests to that. These many comments both enforce and reinforce the heteronormative articulation of male sexual character.

Edley & Wetherell (1997) give us insight into this possibility when they discuss the construction of a sort of neo-masculinity enacted by their participants. In the traditional sense, machoism is often seen as a physical toughness demonstrated by athletes. Edley & Wetherell discuss a different perspective when the, “new definition of the wimp is centered around a distinction between two kinds of strength (or weakness); namely, physical and mental. Under this new definition, the wimp appears as someone who has neither of these attributes . . . In other words, the wimp is constructed as another kind of Other, a second reference point from which [a male] can differentiate himself. Like Jason and the Argonauts, [a male] and his friends can be seen carefully navigating a course for themselves between the Sculla of the macho man and the Charybdis of the wimp . . . betwixt and between, a diluted mixture of both.” 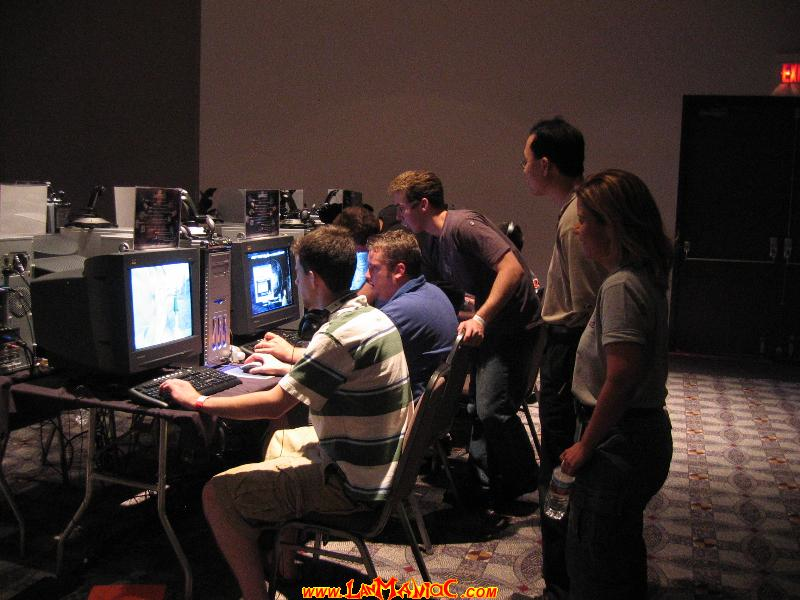 Discourse may play an even stronger role in the construction of maleness for online video game players than in face-to-face play, particularly because of the Cartesian dualism imposed in their play; where a player's physique and tangible presence are largely meaningless. While macho can be accomplished both physically and socially in the schools de Klerk studied, the physical accomplishment of macho in games is far more difficult. Granted, there is a degree of power and masculinity granted by dominating a server with one's skills, slaughtering other players, yet this act is only marginally macho because one need not be macho to accomplish it. World-champion chess players are not made macho by their accomplishments precisely because one may be (and stereotypically is) a scrawny geek and still manage the task. Likewise, it is only through discursive interaction that one can achieve masculinity in these digital play spaces. It is in the display of the mental and social toughness that maleness is articulated in the cyberspaces where the physical body is abstracted to the point where only the movement of the eyes and hands determines the winner. In other words, if the casual talk of people in face-to-face environments is significant, then online game interaction is likely even more important to identity-work despite the “anonymity” of the faceless internet.

Build Your Character
Let us look at an example. For the sake of ease, we'll use a simplified transcript from the game Counter-Strike. Here {FER} discursively articulates maleness by deriding other players' attempts to flirt with a female player. 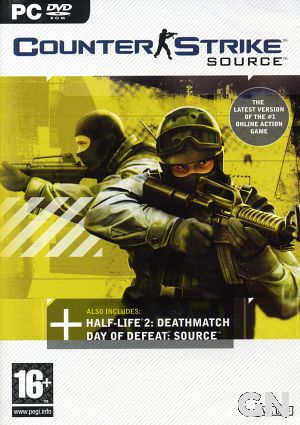 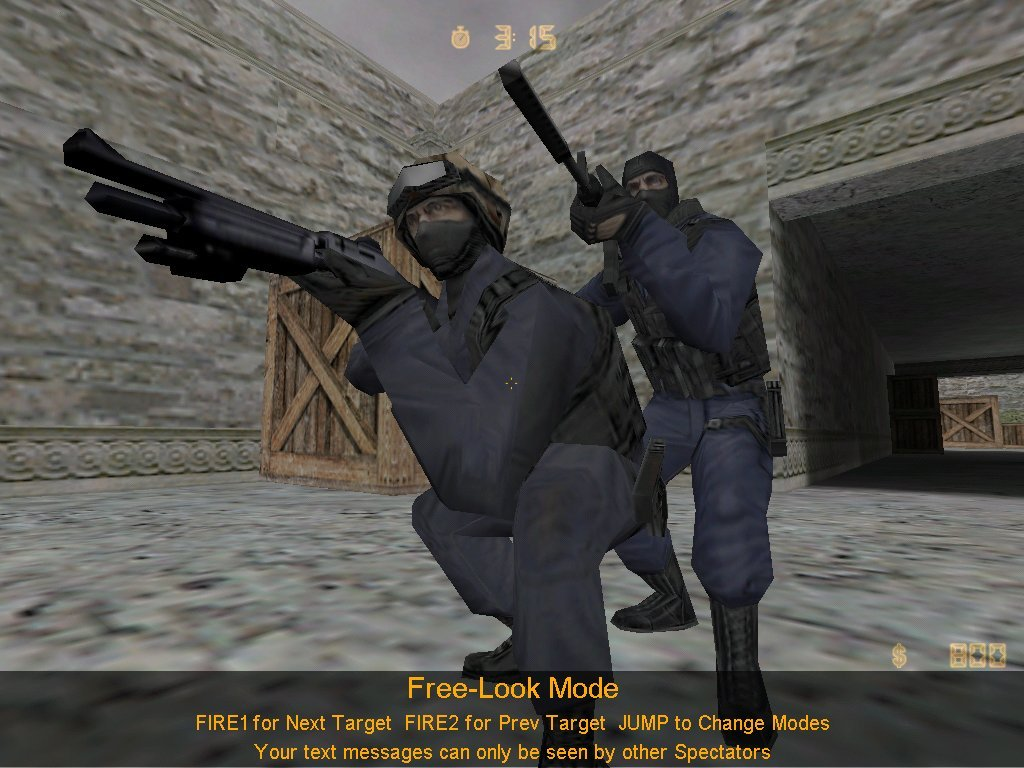 {FER} (1) begins by socially policing the dialog. Interestingly, his comment, “[yo]ur['re] just as bad as these faggots trying to spit game online [wh]y [are yo]u so goddamn interested[?]” contains lexical choices that seem contradictory at first blush. The act of attempting to court a woman or girl hardly seems a “faggy” activity, yet he labels the female's suitors as faggots. While it is certainly reasonable to presume that the homophobic pejorative “faggots” is used as a generic and de-specified insult in this context. Cameron (1997) would contend that it is more likely, however, that “faggots” are simply male, yet emasculated sexual deviants, or those too sexually pathetic to comport their maleness as {FER} would like. As she writes, “the term 'gay' is not so much sexual deviance as gender deviance. Being 'gay' means failing to measure up to the group's standards of masculinity or femininity.”

{FER} comes on strong (7), making yet another threat to FordMustang's face by calling into question his sexual experience and success. He follows this inquisitively phrased declarative with another speculation that, as we've seen several times earlier, follows the pattern of insult -> insult -> appeal to discourse of expertise/experience. Added into this combo is {FER}'s proclivity for self-satisfied speculation and pseudo-deductive reasoning.

FordMustang weakly speculates (10) that he has had greater sexual “success” than {FER}, which is countered (11) by implying that flirting online is not the act of a sexually successful male.

Here we have {FER} articulating his own masculinity and performing the act of macho. He is a man, vociferously asserting and reasserting that he sees through the feeble and inappropriate attempts at masculinity performed by other players. He disdainfully does so by appealing to person prototypes of the expert, the sleuth, the assertive male, the competitor and the adult. 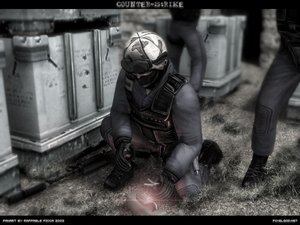 “It is in the social world that we learn what is desirable, which desires are appropriate for which kind of people and which desires are forbidden,” (Cameron & Kulick 2003, p131). {FER}'s interdiction into the advances of other male players demonstrates the expression of these underlying norms. The pejorative evaluation he levels at these flirtatious players is an expression of power serving the goal of group normalization. His vocalization of contempt for the transgressions of other males against his culturally informed norm is, itself, a performative achievement of the male, mature and macho. By proposing moral sanction against these “faggots” he simultaneously threatens their faces while other-ing them and performing identity work of his own.

Through discursive conflict, players struggle over ownership of power and maleness. Not content to express this struggle through the violent, macho and power-glorifying, yet impersonal medium of the game play itself, this verbal combat extends into chat. In this way, the conversational expression of male sexuality in games like Counter-Strike can sometimes metaphorically match the intense combat themes of the game itself.

Notes
[1] Labov's (2002) work looking at the creation of narratives in black American discourse offers a rationale for looking at online gamers as legitimate discourse community.
[2] Nicknames changed to maintain their anonymity.
[3] For more on “face” theory see Goffman (2002).

Klerk, V. de (1997). The role of expletives in the construction of masculinity, in S. Johnson & U. Meinhof (Eds.) Language and masculinity. Cambridge MA: Blackwell Publishers Ltd.

Labov, W. (2002). The transformation of experience in narrative, in A. Jaworski & N. Coupland (Eds.) The discourse reader. London: Routledge.