The Final Frontier: Myth and Meaning in Science Fiction Television 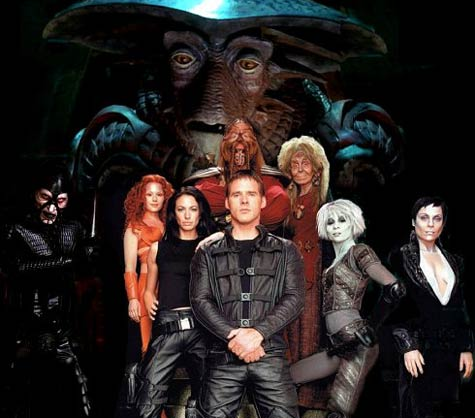 I don't know how it happened. I had no specific plan to immerse myself in science fiction television over winter break, to analyze the genre and its implications for society. But as each day wound to a dark and sleepy close, I found myself craving spaceships and aliens, smartly tailored uniforms and long voyages in galaxies far, far away. Farscape, Battlestar Galactica, Star Trek (old and New Generation), and even a little bit of Hollywood with Ron Howard's Cocoon–I sat and gobbled them up, greedy for more until my tired head hit the pillow.

After two straight weeks of sci-fi immersion, I did not so much watch the stories as muse on their implications. What were we trying to tell ourselves about ourselves through the lens of science fiction narrative? Behind every story of battle, contact and exploration lay a tangible pulse, a subtext of species self-analysis. Underneath the cool logic, a warmth was evident in the yearnings of the collective characters voices. I had the feeling I was eavesdropping on a personal and private conversation in which the speaker was pouring out her heart to a sympathetic listener. As I listened, I could hear the anguish of what she feared she was and the tender joy of what she hoped someday to be. I was deeply touched by her plight, and wanted to reach out to comfort her. But in this case, the speaker was dozens of people representing millions more. I could only sit and quietly admire her spirit, wishing her well in her heartfelt search for meaning.

In many spiritual traditions, there is a distinction made between self and Self, with self being the local personality and Self being the Universal Consciousness. Small self is seen as illusion, as a temporary set of characteristics that rise from the infinite and return to the infinite, while Self is eternal, the ocean from which small self arises. As I watched our species struggle to come to terms with its self and its role in the universe, I could feel that eternal dance of self and Self peeking through. In these stories, Earth symbolizes the small local self, the identity that we need to transcend in order to experience the infinite mystery of Space, the Universal Self.

The longer I watched, the more enthralled I was with the deeper story beneath the shifting surface of the different narratives. This deeper story is no average Hero's journey, with its individual focus. This is the Hero as the collective species, engaging in an exploration of the universe that no one person can accomplish alone. This is the story of humanity coming together and what we can accomplish in that unity.

Joseph Campbell in his work The Inner Reaches of Outer Space discusses the creation of a new mythology in the age of space exploration, a new metaphor describing our eternal journey towards knowing the Self. As he states, “What is the new mythology to be, the new mythology of this unified earth as of one harmonious being? One cannot predict the next mythology any more than one can predict tonight's dream; for a mythology is not an ideology. It is not something projected from the brain, but something experienced from the heart, from recognitions of identities behind or within the appearances of nature, perceiving with love a 'thou' where there would have otherwise been an 'it'.” (p. 17)

As my science fiction marathon ended, I realized why I had craved these stories night after night. The mythology of space exploration is filled with that heartfelt warmth to which Campbell refers. It feels good to watch us dream collectively about a world in which a larger purpose united us, one that was all encompassing enough that the traditional divisions of race, color, creed, and gender no longer applied. I long for that day to be here, and I felt united in that longing with my fellow humans who poured their hearts into these stories. 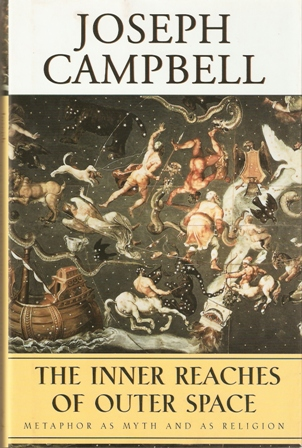 The Inner Reaches of Outer Space

As the linguist Caroline Casey says, imagination is the tracks on which the train of reality follows. Maybe, just maybe, if we dream our science fiction dreams long enough, hard enough, and vividly enough we will arrive in that moment of our greatest potential.
Will we ever actually boldly go where no one has gone before in the Starship Enterprise? As long as we keep telling ourselves that story, creating that myth of meaning and exploration, I will be there, eagerly awaiting the telling. And as I watch, I will know I am a part of something being born that is beautiful, amazing, and wonderful; my heart will nearly burst with the knowing.