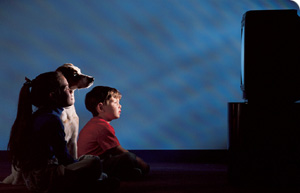 The recent successes of the media reform movement have been, in a word, stunning. To be sure, most of the victories have been on defense. Reformers fought off Michael Powell's drive to annihilate media ownership restrictions in 2003, and big telecomm's more recent attack on net neutrality–once viewed as irreversible–has been handed a series of improbable defeats.1 These are both big wins. So it would seem that the public's disgust with media commercialism and their distrust of industry motives is both wider and deeper than many expected. Okay, I'll admit it. I was surprised (if pleasantly so).

But perhaps I shouldn't have been. The popular critique of media commercialism has deep cultural roots, and at the heart of this criticism is a rejection of the basic amorality of capital. In this critique, it is not merely–or even primarily–economic inequality or even labor exploitation that offends. It is rather the suspicion that, in market societies, every value, every principle, ultimately becomes subordinated to the cold calculus of profit.

This holds as true in the media system as it does anywhere else. If advertisers want to promote alcohol to teens, corporate media is there to help. If junk food firms want to sponsor Dora the Explorer, Nickelodeon is happy to oblige. If it's a choice between covering climate change or filling the newscast with plugola, well, that's no choice at all. Plug away! You don't have to be fire-breathing Marxist to be disgusted with the moral consequences of media commercialism.

This last point became clear to me earlier this month as I was delivering a lecture in an Arlington church basement. How did I end up in this unlikely place? The usual way: during “drop off” at my son's preschool, I let it slip to some of the other parents that I was a media studies professor at the local university. One thing quickly led to another, and before I knew it, I had agreed to give a lecture on “media, children, and violence” for the preschool's parent association. My spouse then added fuel to the fire by publicizing the lecture at the Congregational church our family attends.

Initially grumpy about this intrusion on my winter break, I slowly warmed to the task. Like many Flow readers, I am sure, I teach my department's required course in “mass communication” theory, and once during each semester we discuss the research and policy debates over media violence. The meat of the lecture would thus be pretty straightforward. These parents would essentially want to know if letting Johnny and Jane watch Justice League would inspire them to knock the other kids about the playground and land them in successive time-outs. Although this may not be the most interesting question to ask about media violence, the behavioral research on this question is nonetheless crystal clear (the answer is “yes, a little more likely”).2 Get out the media professor boilerplate.

At the same time, however, it began to dawn on me that I was being presented with an intriguing opportunity for, bluntly, political subversion. For I quickly realized that one of the questions parents would have would be “why all the violence, anyway?” This is a natural question, especially given the consistent finding that children's programs contain more acts of violence per half hour than prime time shows.3 What could possibly motivate producers of children's narratives to do such a thing?

The current political environment offers two major answers to this question. One argument–call it the James Dobson argument–holds “the liberal Hollywood elite” accountable and articulates parents' concerns about violence to a caricature of an amoral, partner-swapping, traditional-values-hating subculture of actors and writers. Another argument–call it the Michael Eisner argument–holds families themselves responsible. If kids (and, secretly, parents) did not like violence, the industry simply wouldn't provide it. So it's our fault. From commercial media's perspective, of course, both arguments have the signal virtue of giving corporate producers and distributors a moral free pass.

So here was my chance to present an argument on media violence that held commercial producers and global media firms culpable. And to a group of Arlington church-goers, no less! Luckily, the late George Gerbner once articulated just such an argument as part of his Cultural Environment Movement. Flow readers undoubtedly know it well: violence sells well across cultural and linguistic boundaries. Violence has a visceral quality that breaks through the clutter and grabs channel-surfing audiences just long enough to deliver them to advertisers. The insertion of violence into a children's program pumps inexpensive drama into narratives that otherwise follow the most mind-numbing formulae.

Still, to be honest, I was pretty nervous about delivering Gerbner's argument. Often, the gut instinct on these matters–as I've seen in class a thousand times–is to blame the parent. (Or, if you're a parent, those “other” parents out there). If you don't like children's television, don't let your kid watch it.

What I found, however, was just the opposite. These parents seemed to connect with the commercial explanations for the level of violence on children's shows. It made sense to them. It made them angry. During Q&A, many parents expressed their desire for a media environment that did not relentlessly undermine their attempts to teach values like compassion and nonviolence.

One parent even said what I'd been secretly feeling for a long time: “why shouldn't I be able to sit my kids in front of TV for a half hour while I do the dishes?” It seemed absurd to her that programming meant for children should require the co-presence of a vigilant parent, always at the ready to explain why his or her child shouldn't take to heart television's toxic lessons about aggression and violence.

Perhaps most tellingly, as I was wrapping up, I projected the now-iconic image of the “branded baby” on the screen and mentioned that I would be happy to come back and talk about children and advertising. More than one parent said they were more concerned about advertising and marketing than about aggression and violence. 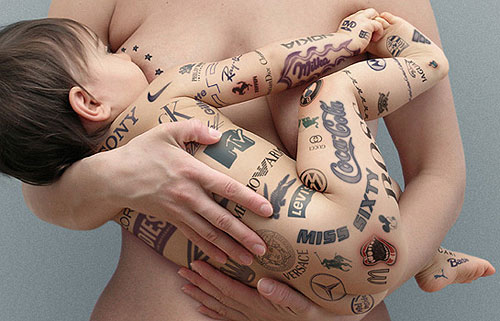 All in all, this experience has led me to think more carefully about the rhetoric of the progressive-left media reform movement. The movement does, I think, a fine job of delivering what you might call the “public sphere” critique of commercial media. And rightly so. The criminal failure of the current system to provide an open forum for democratic debate and dialogue indeed deserves our ruthless criticism.

At the same time, progressive media educators and reformers have been less comfortable, it seems to me at least, with engaging in a moral critique of commercial media. Perhaps it comes from a reasonable fear of strange political bedfellows. The idea of getting in bed with Focus on the Family makes me as ill as anyone else.

This said, I do think it is immoral to advertise junk food to kids. I do think it is wrong for media firms to accept alcohol ads on programs they specifically create with teens in mind. I indeed have a moral objection to children's programs that divide the world in the “good” and “evil” and then celebrate aggression as the only effective way to protect “us” from “them.” (sound familiar, anyone?)

These are values that many people share. And if some folks have yet to make the connection between the commercial structures of the industry and these objectionable marketing and programming practices, the ideological ground for cultivating these sorts of connections is, in my view, fertile.

After all, the suspicion that an all-consuming pursuit of property and wealth is fundamentally amoral and dehumanizing can be found in more places than Marx's early writings. It is a suspicion also voiced with no small amount of power in the Christian gospels themselves. In fact, many of Jesus' parables often dramatize the spiritual costs of putting material wealth ahead of our obligation to serve one another. In one particularly blunt example, a rich man, having spent his life ignoring a beggar's pleas for food and shelter, is sent upon his death to an eternity of torment. In another, Jesus ends by making the point clear: you cannot serve two masters. You must choose between God and Money.

This is a point upon which limited, short-term, pragmatic coalitions can be built. Consider conservative evangelicals, for example. As Andrea Press and Elizabeth Cole found in Speaking of Abortion, many evangelicals indeed accuse commercial media of undermining their beliefs with regard to faith and family.4 And, to be sure, many of these beliefs are patently homophobic and anti-feminist.

Yet, interestingly, the authors report that evangelicals also object to television's soulless materialism, its relentless commercialism, and its celebration of accumulation as an end in itself. And it is this contradiction in the wider conservative movement–this uneasy tension between the Chamber of Commerce's religious devotion to markets and wealth and the working-class evangelical's devotion to, well, Jesus–that merits some serious probing by progressives.

There is reason to be optimistic on this front. Indeed, one of most important features of the contemporary media reform movement is its refreshing lack of traditional lefty isolationism and orthodoxy. Free Press once allied with the NRA, for goodness sake.

In this spirit, if left-progressives speak openly about their own moral objections to the commercial media environment, and if they work to connect these concerns to the economic structures that generate this environment, they will be doing more than venting their spleens. They will be widening the constituency for media reform. 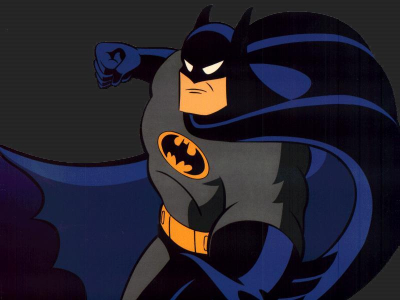