The Simultaneous Dawning and Twilight of Broadcast Network Narrative 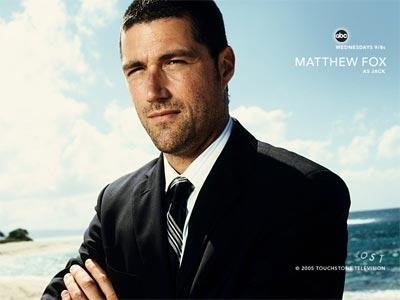 In my last article for Flow (Vol.5 Issue 1) I made the case that broadcast network television seems to be fulfilling its potential as a medium for sophisticated narratives. While in that article I was looking mainly at the intellectually engagement engendered by structural complexity, I would add that truly sophisticated narratives are emotionally engaging as well. And though perhaps it goes without saying, an intellectually and emotionally engaging narrative takes time to unfold. Certainly short narratives can do both, but extended narratives have substantially greater opportunities for complexity. So it would seem that television series as a format ought to have an edge over feature films. Even unusually long films or film trilogies or series have far less storytelling time than a season of hour-long episodes, much less than a show that has the luxury of multiple seasons to spin out a complicated plot and develop complex characters. Despite this apparent advantage, though, broadcast network television has seldom fulfilled its potential.

While we might point to a number of causes for this failure, certainly one limiting factor is television's episodic nature. Presenting a narrative in brief installments with long periods between limits an audience's ability to recall the intricacies of a convoluted plot or recognize subtle connections between earlier and later episodes. Emotional intensity is difficult to maintain over time. Episodic narratives demand much from their audiences might be said to have a high degree of “seriality,” the extent to which understanding one installment of a narrative depends upon familiarity with preceding installments. Low seriality narratives allow an audience to enter at any episode without feeling too lost. In such shows developments across multiple episodes are small of peripheral, and don't limit the audience's enjoyment of a particular installment (think of a police procedural in which your knowledge of a character's private life has little bearing on whether you can enjoy that week's mystery). The most interesting of the shows that I pointed to in my last article (24, Lost) and new this season (Daybreak, Heroes) are high seriality programming. It is difficult to enter the narrative in the middle without feeling confused. This characteristic can present a significant barrier to gaining new viewers, and it points to broadcast television's inherent limitations as a narrative medium. 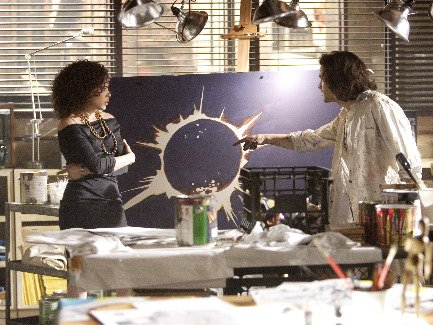 As a point of comparison, the novel is far better suited to convey sophisticated narrative. It not only offers the scope necessary to develop complex plots and engaging characters, it allows its audience a substantial degree of control over the narrative delivery that broadcast television almost completely lacks without supplemental technologies. Novel readers can engage the narrative when it is convenient, and when they are most prepared to devote intellectual and emotional resources to it. They can return to earlier parts of the narrative and control how much time passes between narrative installments. Networks are attempting to overcome some of the limits of broadcast through downloadable episodes, online synopses, and “What's happened up to now” clip shows. While these measures may help to offset the demands put on audiences by sophisticated high seriality shows, they also highlight the inadequacies of the medium and demonstrate the networks' awareness that such shows stretch (or even surpass) the limits of what the medium can sustain unaided.

Watching a season of a sophisticated high seriality program on DVD makes broadcast's deficiencies even more apparent. When one can exercise an almost novelistic control over narrative delivery (watching multiple episodes in a row, watching when one wants, freeze frame, slow motion, etc.), the experience is notably richer. One is able to appreciate the intricacies and subtleties of genuinely sophisticated narrative, and to engage more deeply with characters' emotional lives.

Despite the resources networks are putting into supporting high seriality shows through downloadable episodes and website synopses, neither measure seems likely to sustain sophisticated narrative on broadcast television. Synopses necessarily simplify complex plots and reduce emotional engagement, serving best as occasional placeholders to keep regular viewers from falling behind. Downloading episodes allows an increased level of audience control, but of course then we're no longer talking about broadcast television, but a hybrid medium. Such a hybrid raises questions about the relationship between the two media (television seems to need the internet more than the reverse). In an age of expanding television screens and home theatres, watching an episode on the computer may not be attractive. While it is possible to port such episodes from computer to television, that's an inconvenience. In an age of unprecedented narrative availability, such inconveniences can be powerful dissuaders. Why put up with any inconvenience when other media are clamoring for attention? 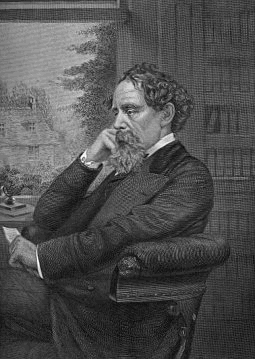 It's perhaps sad to think, but U.S. broadcast network television's maturity as a medium for sophisticated narrative may be short-lived. Such programming requires investments of audience time and energy that seem increasingly unlikely to occur on any schedule other than the audience's own. If that is indeed the case, then networks may be constrained to offering low sophistication/low seriality programming. It isn't hard to imagine a future in which broadcasting serves the role of advertising and secondary revenue stream for the primary medium: complete seasons of episodes packed for sale on DVD or for download. If such an evolution seems improbable, nineteenth century literature offers a model. Writers like Charles Dickens wrote serialized narratives that were then collected and published as novels. While serialized literature has faded to become a relative rarity, the novel as a form dominates print narrative. Given the sophisticated narrative potential of collected episodes divorced from the constraints of high seriality narrative, perhaps such a future is to be anticipated rather than dreaded.