On Our Best Behaviour 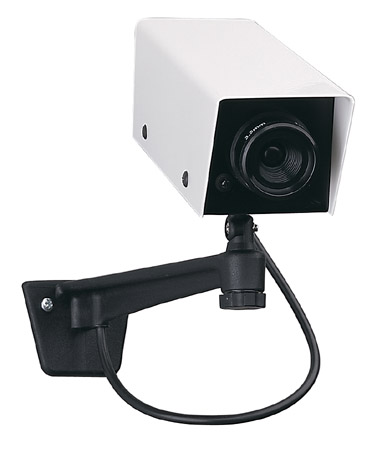 In 1969 one of Britain's most influential psychologists, H.J. Eysenck, wrote approvingly of how the state might develop a “technology of consent,” the aim of which was to “fashion a generally applicable method of inculcating suitable habits of socialized conduct into the citizens (and particularly the future citizens) of the country in question – or preferably the whole world” (Eysenck, 1969).

In this paper I'll explore how a convergence of surveillance technologies allied to behavioural psychologies are brought together in television programmes that promote Eysenck's dream as lessons in self-improvement. In particular I focus on those new programmes that interrogate-to-improve the behaviour of the working class. My aim is to inform the debate on class by looking at how surveillance technology is brought into the home as a useful element in reconstructing a productive enterprising subjectivity. This new tactic in self-formation can only be understood by considering the wider context of surveillance in the US and the UK.

The last five years have seen an exponential rise in surveillance technology occasioned by the war on terror. Intrusions into public space are part of the program to help us become responsible citizens carrying the gaze into all potentially dangerous corners. The fact that England and Wales (and soon the US) are the most spied upon countries in the world is now presented as evidence of a care we should share rather than the intrusions of the state. Those who complain are looked upon suspiciously as people with something to hide. The brutal erosion of old-fashioned concerns like “civil liberties” are simply casualties in the war against terror.

This growth of technological surveillance is echoed by other more diffuse forms of surveillance entering the private spaces of the home. Hotlines to report benefit fraud, CCTV on the driveway and constant links between the police and the ISPs are only some of the techniques helping us to live more carefully monitored lives. It follows then that this new structure of feeling has inspired a range of programme formats that celebrate the reach of surveillance into the home in the name of good health. I am thinking here of Honey We're Killing the Kids, Family Forensics, and You Are What You Eat. In each of these formats, willing victims expose their lives for rewards (televised tutoring) they could not achieve in any other way. As a result they are fair game for television's renewed appetite for shame in a changing media ecology. 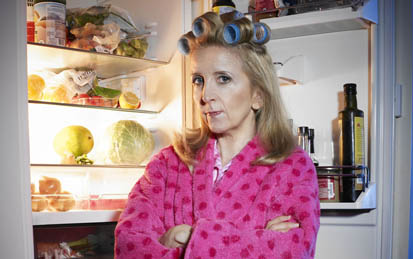 Gillian McKeith, You Are What You Eat

Revealing, shaming, and then changing the lives of the working class is television's latest weapon in fighting competition from the Internet. Showcasing dramatic emotional moments, using powerful music, dramatic cutting and “reveals” are all designed to grab the distracted viewer. One result of this is to trivialise people, to present them as out of control, accepting they deserve shame, and being deliriously grateful to the programme-makers. These willing victims reveal their responses to the remodelling on camcorders that provide the most compelling moments in the programmes because they seem the most untutored and authentic. But their welcome of the instruments of surveillance at every stage of their transformation legitimates a model of the self that is designed for normalization. In an age where appearance is everything on a medium dedicated to the gaze, those who have “let themselves go” become our most compelling warning about the dangers of excess and the lack of discipline. The very fact that such people are crying out for help is a sign of their deficiency; their inability to be fully self-sufficient is crime enough in a time when we are all to be enterprising individuals managing the project of ourselves with no support from the state. The social, economic, and political circumstances that have informed the circumstances of the working class are considered insignificant and thus barely worthy of mention. It is as if they had chosen working-classness as a kind of curious lifestyling error. Any will or ideas of their own are crushed by the force of normality. In Frank Furendi's words, these are people presented as “vulnerable and powerless…who cannot be expected to cope with life's challenges” (Furendi, 2005:40).

The experts hired to bully, cajole, and then rebuild the subjects represent the tyranny of normality championed by Eysenck. But they are deployed on behalf of an enlightened public service (in the UK) or a caring corporate sponsor (in the US) and because these experts talk the common sense of the state and use the same language, then this tyranny is acceptable. This is television's version of tough love for a people too hopeless to help themselves. This would mean less if there were more representations of the working class on television but there are not and, as a result, as a class they now seem more unusual than ever. The feisty fightbacks applauded by some critics discussing talk-shows as signs of life in the working class have been replaced by a mute acquiescence. As union power fades and other reasons of solidarity diminish in the rush towards a hollow individualism, the working class represent the shadow of an unproductive past. They have to be changed for their own good.

This powerful alliance of instrumental psychology, government statisticians, and lifestyle coaches are drawn together by television in the name of “self-improvement” – the new consensus. All the skills of the medium are brought to bear on the victims and, as a result, we cannot fail to be moved by the narrative. But aside from the handful of those assisted to a new self, who else benefits from such machinations?

Television's engagement with surveillance of all kinds is fashioning a productive shame, reproducing models of ever more restricted “outer-focused” identities. In such a scenario, any identity based on class or any sign of collective effort seems irrelevant. As a result the working class are either disappearing or re-emerging as “suitable cases for treatment.”

“Socialized conduct” is where it's at. It's simple – get with the program(me). 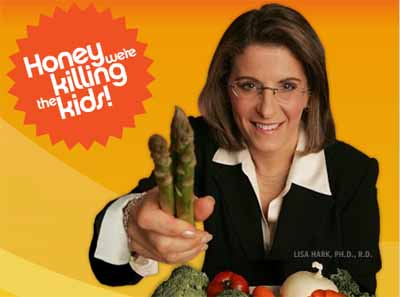 Image Credits:
1. Surveillance Camera
2. Gillian McKeith, You Are What You Eat
3. Honey We’re Killing the Kids!