Micro-Ethnographies of the Screen: Sign-Off 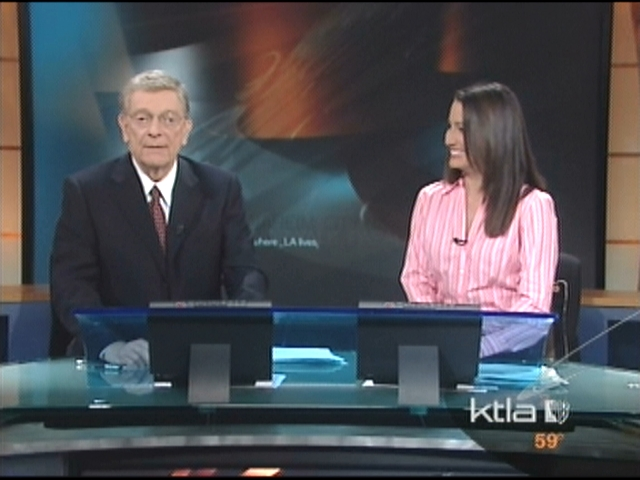 Two memory fragments. The first, from a few years ago, recalls a screening of the classic pop structuralist film by Andy Warhol, Empire (1964). Having spent considerable time reading about Warhol's film from essays, catalogues, and critiques (and having spent considerable time studying the single image that appears with most articles on the subject), I decided to attend a screening of the film held during a retrospective of Warhol's work sponsored by the Museum of Contemporary Art in Los Angeles. I didn't have the stamina to watch all eight hours of the film, but I figured that I would arrive around four in the afternoon and take in the second half of the movie (the start time was announced as noon). Arriving at the screening I nestled into the soft theater seat, and as my eyes acclimated to the surrounding darkness I could see hazy silhouettes of a few other audience members. An occasional cough alerted me to their continued presence as I sat staring at the image on the screen in front of me. The image flickered occasionally – a scratch appeared here and there – but essentially the film image as it unreeled over the next several hours was the now familiar static shot of the Empire State Building as captured by Warhol and his cameraman, Jonas Mekas, one summer night in 1964. 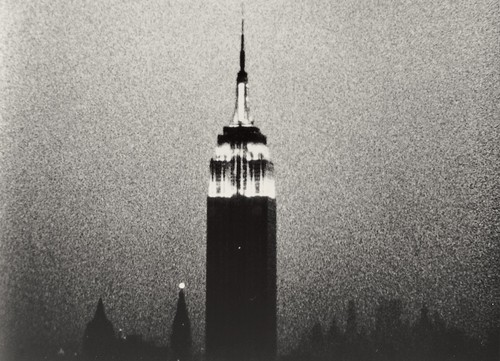 I found myself fixating on aspects of the image, in particular the blinking light from the building that stands in the background just to the left of the Empire State Building itself. After three hours had passed and I had grown accustomed to the image (perhaps, grown dependent on the image to guide me through the unreeling of time), the lights illuminating the Empire State Building abruptly went dark, leaving me with a seemingly blank screen. Faintly, I could still perceive the metronomic flashing light of the building in the background, but overall the frame remained black save for the intermittent specks of light revealed by scratches in the film emulsion of the print. Moments after the image went black, the single remaining audience member, other than myself, quickly stumbled towards the exit. It seemed that for this person the end of the image signaled the end of the film. With the snuffing out of the image – my visual anchor against a river of undifferentiated time – I found myself taking deep breaths to counter the effects of a profound sadness which had crept in as I sat alone in the darkness of the theater.

The second fragment of memory material, from the early sixties, recalls a late evening spent watching The Invisible Man (1933), James Whale's classic Universal horror film, on Movie 12, the late show on KPTV Channel 12 in Portland, Oregon. In the opening scene, Jack Griffin, swathed in stark white bandages, flings open the door to the quiet English pub as a cascade of snow blows in behind him. Men drinking an early evening pint and playing darts gape at the strange face of the intruder as he rudely enters the pub.

As a young boy watching Whale's film, I was horrified as much by the disfigurement of Griffin's gauze-covered face as by the power of Griffin's deranged terrorism directed at simple country folk. I spent most of the two hours that followed squinting at the image on the small black and white television through gaps in my intertwined fingers. Jack Griffin's disappearance as he unwraps his bandages made me only more apprehensive – this act of revealing an absence suggests a loss of the self as it unravels along with the Invisible Man's bandages. At the conclusion of Movie 12 (at around 12 AM most nights in the early 1960s) KPTV ended its broadcasting day by airing a short patriotic clip accompanied by an inspirational playing of the national anthem. Following this clip a gravelly male voiceover intoned, “We now conclude our broadcasting day; we will return at 7 AM with our morning telecourse…” Static noise followed as the cycle of television snow continued throughout the night. 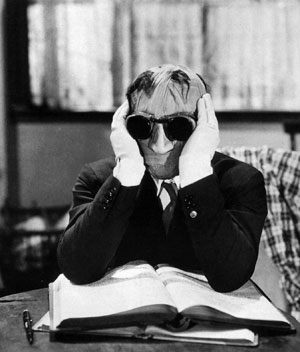 What links these two screen experiences is the emptiness – felt as a sadness or dissolution of self – that accompanies the loss of presence through the loss of the comforting chatter of images and sound that represents the television flow. In one case, the static image of a building on a large film screen blinks out, leaving only darkness. In the other, the sound and image of the small television screen erupts into a static fuzz of noise and a swirling sea of white spots against a black background. If, as Raymond Williams has said, flow “operates, culturally, following a given structure of feeling” then this cessation of flow operates as a loss of structure. Each of these experiences suggests a sensation regarding the flow of images that has been so far taken for granted by those in the field of television studies. We speak of the schedule, the programming, the flow, but little is said about the existential crush (the “silence” as Ingmar Bergman would have it) that follows from the cessation, or lack, of the image flow.

A generation ago in almost all regions of the US, as in the example described above, television stations concluded their programming day by signing off the air. Most television viewers under thirty – perhaps some who are older – have never seen a television station sign off. I recently mentioned the notion of “sign off” to a seminar of undergraduates, and although they vaguely knew of the concept – having seen dead air late at night on some local independent channels in the area – none of them had ever seen an actual “sign off.” The sign off, as a cultural and media form, has been relegated to the margins of knowledge about the medium by viewers of contemporary television (or at best has been cast as a relic of elite aesthetic affect as in Warhol's epic and its final black reel).
There is the engineering aspect of the sign off – the harsh sound and the screen of snow – and then there is the content of the actual program that constituted the close of the programming day for many stations. A popular sign off that aired consistently through the late seventies on many stations and into the early nineties in smaller media markets features a poem filled with kitsch images of flight described in purple prose by John Gillespie Magee, Jr., a former military pilot, read by a gravel voiced narrator accompanied by stock video footage of jet airplanes soaring above the clouds. As the narrator reads the final lines, “Oh! I have slipped the surly bonds of Earth and danced the skies on laughter-silvered wings,” Old Glory waves superimposed over jets streaming across the sky, concluding the sign off.

This excess of banal patriotic signifiers then collapses into the emotional and visual maelstrom of the non-signal signal of television snow and static noise. Can the loss of television's bounty of excess – the pathos of character, garish imagery, and repetitive narrative and emotional resets that form the basis for much of television's pleasure – in the static image of dead air snow account for the failure of the sign-off to register as a legitimate subject for media history? Have we reached a point in the history of the television medium when dead air summons up for viewers death and destruction as the only possible explanation for the loss of flow? Or is it simply the extreme kitsch of the broadcasting sign off that precludes analysis?