Muslim-Mania and the Liberal Impulse on British TV 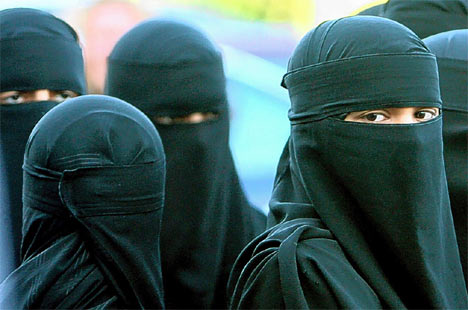 British factual television, widely considered to be the best in the world, has played a key role in the latest furore around Islam in the UK. A series of recent events has further positioned Islam at the forefront of the nation's consciousness, feeding into the already frenzied rhetoric around “the war on terror.” These have included the Danish cartoons controversy, the 7/7 bombings in London, and Pope Benedict XVI's remarks about the Prophet Mohammed in September. In October, Britain's Leader of the House of Commons, Jack Straw, stated his opinion that the full veil (niqab) signifies Muslims' separateness from mainstream British society. This has led to what is being dubbed “The Great Veil Debate,” unvaryingly preoccupying the news agenda of the UK broadcast, print and web media.

As with documentary, the discursive organization and production of television news is central in how the moral judgements and consensus about community, citizenship and social inclusion are constructed. Television news, as an everyday routine structure, meta-discourse and classic realist text, is a powerful site in how the imagined community and geographies of nation are framed and in how the nation narrates itself to itself. Gramsci's notion of hegemony is particularly valuable in understanding news frameworks as a central knowledge system through which this national common sense about in-group cohesion and out-group difference is established, disseminated and authorized. The identification of Islam in Britain as an issue worthy of substantial news intervention in the interests of public communication makes “factual programming” a powerful force in how this common-sense is developed.

The coverage of stories foregrounding Muslims has, however, been both sensationalist and simplistic. Broadcasters typically solicit those on the radical fringes of Muslim opinion whilst moderate Muslim views are ignored; secularists are pitted against Islamist extremists and the “common voice” goes unheard. This kind of bias emanates for two reasons: first, from commercial pressures that even the publicly-funded BBC face, and two, from traditional TV's quest to be impartial and to be seen to offer a fair and even-handed approach within the broader paradigm of “public service broadcasting” through which it operates.

Although there are differences in the daily flow of mainstream news programming – for example between the nightly bulletins on BBC1, its commercial rivals on ITV and Channel 5 and the two so-called “minority” channels, BBC2 and Channel 4 – the overall spectrum of viewpoints accessed in the recent coverage has been seriously limited. Take for example, the long-running, BBC flagship political discussion programme Question Time, which in its extensive focus on these Islam-centred stories, has continued to structure its panel with such painstaking equity (one Labour, one Conservative, one Liberal, one other political party and one journalist or celebrity), that any real political discussion has been stifled within the confines of organised party politics and “official” standpoints. This is how liberalism, the cornerstone of public service broadcasting, works. It never seems to interfere, but always shapes the underlying agenda in such a way as to confirm its democratic status: it does what one might colloquially call “sitting on the fence.”

Even Channel 4, which trades on being our most “minority friendly” broadcaster, has aired a series of documentaries (What Do Muslims Want?, Women-Only Jihad) that have shown little more than a pathological preoccupation with all things Muslim. A recent edition of its flagship current affairs series, Dispatches, titled, Muslims and Free Speech, implicitly debated freedom of speech only in relation to Islam. The deliberately confrontational framework of the programme (formatted as a court-style battle somewhere between CNN's Crossfire and the BBC's The Weakest Link), staged disagreement rather than harmony, encouraging discord over agreement (by for example, focusing on the emotive cases of the Danish cartoons, the murder of Dutch filmmaker, Theo van Gogh and the Pope's comments) in order to produce a suitably heated and polarised debate in the name of balance.

Muslims and Free Speech was hooked around interactive studio votes to two questions: the first was whether the voting audience wanted the programme to show the Danish cartoons; the second was, “Are Muslims threatening free speech?” Both questions were absurd. The latter for obvious reasons; the former because in spite of a majority vote for Channel 4 to show the cartoons, the show's presenter, Jon Snow, explained that they would not because there was “no editorial justification.” What we got then was self-censorship on a discussion programme debating free speech! You can't get better context than that. Suffice to say, Muslim-mania has got British TV in a bit of a muddle. 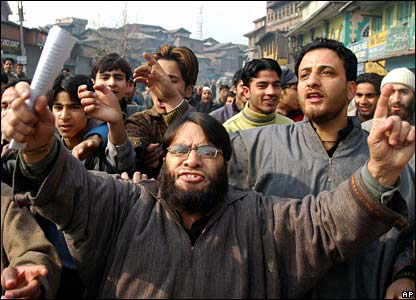 Although the staging of formulaic political positions and the politics of mainstreaming are nothing new to the genre, what is different about this moment in British media culture is that the cracks are beginning to show. The problem is that British viewers are feeling increasingly frustrated and marginalised by TV's liberal fundamentalism. More specifically, many secularists feel that religious viewpoints are being too heavily represented or that British broadcasters are too scared to openly challenge British-Muslims in fear of reprisal or claims of religious incitement.

This sway of opinion, already frustrated with the cult of liberal tolerance that defines governmental approaches to Britain and its minority communities, argues that majority rights are being curtailed by militant New Labour anti-discriminatory approaches and that this is helping to produce a new censorious climate as an extension to the “Political Correctness” agenda already set in place by the Right. Meanwhile, many ordinary Muslims feel that they are being demonised and are always publicly represented by Islamist extremists or self-appointed “community leaders.”

Politically, the sheer weight of the Islam-heavy news agenda has led to a series of moral panics (for example, that Muslim police are letting their faith interfere with their professional duties, that we need a crackdown on Islamist extremists on our university campuses). Culturally, it has led to a certain kind of apathy towards traditional TV news. Whilst the BBC and other public service broadcasters are struggling to offer informative and unshackled news coverage, alternative outlets such as web blogs and digital TV are demonstrating the possibilities of unleashing informative, diverse opinion outside of the public service paradigm.

Although still in its early days, ventures such as 18 Doughty Street, Britain's first internet political TV station in which content is added by “real people” (something which reality TV has been doing for several decades now), are already revealing some of the most interesting aspects of the
blogging/political interface. Traditional current affairs programming, although still highly-trusted by many, is looking increasingly outmoded. Its future power lies in realising that real impartiality is delivered by accessing a genuine plurality of viewpoints not by hiding editorial control in order to operate within a narcissistic interpretation of “fairness.”