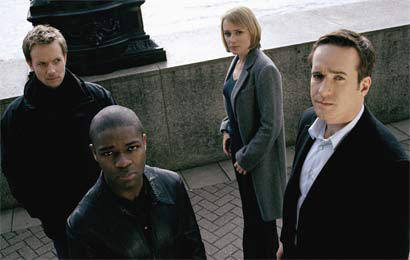 The fifth season of the BBC drama series Spooks, about Britain’s security service MI5 (screening in the USA as MI5) is now moving towards the end of its run. The series has been a successful one with audiences, bringing tight storytelling, crisp direction and perhaps surprisingly nuanced characterisation to the theme of working life (the word “normal” is not applicable) within a national intelligence organisation.

Misgivings about the political orientation of the series seemed well founded at the start of the first season. The promotional catchline “MI5, not 9 till 5” appeared clearly designed to project a strong and positive view of the service, contrasting its 24/7 watchdog commitments to the “terror” agenda with the humdrum routine of a conventional office job.

Immediately, a number of predictable “distortions”, intrinsic to the generic format, were established. Of these, perhaps the most obvious is that of the small group (not much more than half a dozen) of variously engaging and/or attractive men and women who seem, without complaint, to be handling most of the priority workload of a national organisation employing thousands of staff. This narrative premise, guaranteeing high levels of character recognition and development, is perhaps more noticeable when the organisation is not a fictional one (as it has been with so many previous exercises in “secret agent” fiction) but an actual state institution. It is a radical foreshortening that the series largely gets away with since its connections with the world of policy and bureaucracy, with the departmental life of committees and reviews (what we might see as a West Wing agenda) are almost as thinned down as those of a purely fictional agency would be. I say “almost” and I’ll come back to that point later. Nevertheless, the small, tight and terrifically up-for-it team, developing engaging interpersonal relationships at the same time as working against the clock to save Britain (usually a part of London) from disaster once a week is the main event.

What makes it interesting though (not just “watchable”, which I think it also is) is precisely its mode of theming “intelligence work” in relation not only to previous excursions in this area but to the climate of debate about risk, security and civil liberty which has developed in Britain since the Iraq War and then the London bombings. It is useful to note here how much previous fiction about British intelligence (Bond, of course, but also the much darker fictions, and television adaptations, of John Le Carré) largely concerned the activities of some fictional variant not of MI5 (the internal security service) but of MI6, Britain’s overseas secret intelligence service. It is the recent development of a busy and potentially “action-packed” homefront in intelligence work which provides Spooks with its plotlines, otherwise it might be an unpromising (and probably unmade) drama about people listening to other people’s telephone conversations all day and processing vast amounts of online data. 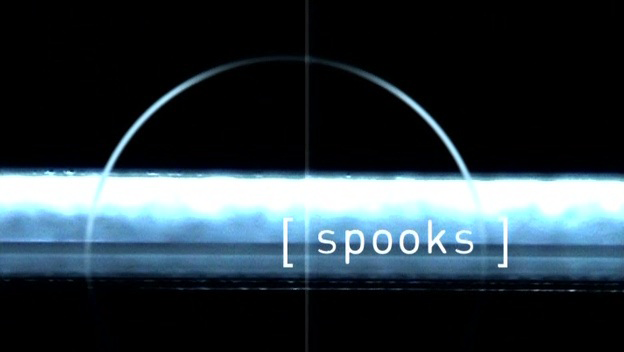 By focusing, most weeks, on London-based contexts for its action (the iconography of the city is, as in so many series, an important part of the package) Spooks is immediately faced with a challenge in its overall narrative economy. This is challenge not faced either by those espionage fictions that have deployed the “exotic locale” as their setting (and usually the individual agent rather the organisation itself as their focus) or by the varieties of cop show, with the almost endless permutations of criminality and approach they are able to work with. It has, on a weekly basis, to come up with “threats requiring action” that can only marginally include overseas locations and must show some degree of freshness and avoidance of repetition.

Whether by initial design or pragmatism following the success of the first series, one of the ways in which Spooks has attempted to rise to this challenge is by increasingly moving from an emphasis on one kind of “enemy within” (home-grown or imported terrorists variously linked to Al Qaeda) with another (ostensibly legitimate organisations supposed to be “on our side”). Here, the options have involved other British agencies of the state — with elements of MI6 commanding a strong lead in perfidy — corporate multinationals and foreign governments — with Israel and the USA being particularly foregrounded (along with Mossad and the CIA). In one episode, a British Foreign Secretary was shown protecting an African head of government guilty of genocide and a political assassination in which the British government was complicit by ordering the shooting dead of the woman who sought, with MI5 help, to kill him. In other, an MI6 agent conspired with Mossad (Israel’s intelligence agency) to mount an attack on the Saudi Arabian embassy with a group disguised as Islamic extremists. Spooks’ core team only just managed to crack this one in time.

Even allowing for the established “noir” tendencies of “secret state” fiction (on both sides of the Atlantic), this sense of a policy world characterised by betrayal and corruption comes across with a distinctive impact. Primarily it does so because the present, real circumstances of state policy and nightly news can hardly be simply disregarded in watching and responding to the series. 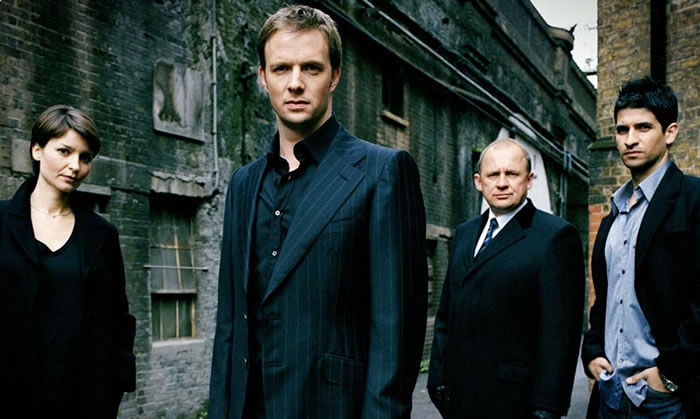 This takes me back to my earlier “almost”. The series is almost thinned down to nothing in its bureaucratic, as opposed to action narrative, connections. But it has enough (little scenes in Whitehall, in arranged meeting places, on the phone) to connect with those documentary elements which most audiences will inevitably bring to its viewing along with the primary wish to be entertained.

So initial judgements about the politics of the series were inclined to get its trajectory wrong or least underestimate the capacity for complexity that its dramas of geopolitical and state intrigue could develop. It’s true that the kind of balance it wishes to strike between its “right-on” and its cynical moments (both sometimes internalised in character mood) is now uncertain. It is not, nor is it becoming, a subversive text, but its handling of the contradictions in play, structural and ethical, is often engaging and sometimes genuinely provocative. Its value in the schedules might be seen to amount to more than just another hour of tele-excitement a week.

Note:
Like most successful shows, Spooks has a quite detailed website involving viewer’s reviews of each episode. It also has a link to the official MI5 website, although one might imagine that the series’ capacity to generate recruits has been complicated a bit by the darker plot tendencies I have described. Opting for “9 to 5” might seem the wiser choice.