The midterm elections here in the United States next Tuesday have been called a referendum on the Bush administration, but the results will also show whether or not the Internet is finally changing the political map. A Democratic victory will demonstrate how effective the progressive “netroots” have been in their efforts to help the party retake control of Congress. Since the defeat of John Kerry in 2004, various liberal and left-wing groups have looked to expand the efficacy of the Internet in turning increased support towards the Democratic party. With recent Republican scandals and Bush's consistent bungling of the Presidency, a Democratic swing seems inevitable. But it will be the Internet that helps the party seal the deal. 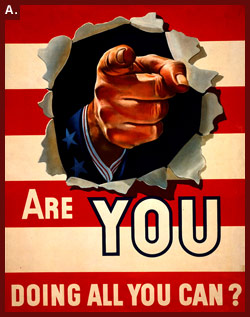 The most significant progressive Internet venture this cycle has been ActBlue, a website that bills itself as “the online clearinghouse for Democratic action.” ActBlue is a fundraising site, where officials, candidates and citizens alike list Democrats whom they think are worthy of contributions. This venture has best taken advantage of the sheer number of users of the Internet – small donations of ten or twenty dollars add up quickly when multiplied by thousands of donors. The site is funded by contributors themselves, who are asked to “tip” the website a few cents on each donation.

As of this writing, the website has raised over $16 million dollars for Democratic candidates at all levels of government. Just this election cycle alone, ActBlue has raised over $11.8 million dollars, which Markos Moulitsas of the political blog DailyKos says would make it the largest Democratic PAC if it were not a direct conduit of funds to candidates. ActBlue debunks the conventional wisdom that small donations cannot make a difference, and has allowed coordinated individuals to take a large step towards combatting corporate special interest money.

YouTube has also been an important factor in this election, particularly as Internet-savvy staffers and citizen journalists use the sites to alter the public perception of candidates. Not only has YouTube served as a repository for campaign commercials, but intrepid video journalists have begun taping candidates at public appearances and using the site to share behind-the-scenes footage of the otherwise polished politicians. The most infamous example was a video of George Allen, Republican candidate for Senate in Virginia, calling a minority volunteer for his opponent “macaca,” an ethnic slur. The YouTube video spread rapidly, and caused several people who knew Allen personally to detail other incidents of racism in his past. A more recent video shows Republican candidate for Senate in New Jersey Tom Kean Jr. avoiding questions from a mother whose son is serving in Iraq. Both amateur recordings are a far cry from the images presented by the candidates' campaign managers.

Liberal political blogs have used Google to their advantage this cycle as well, thanks to Chris Bowers, founder of MyDD, who has created a “GoogleBomb” to influence the search engine's results. Bowers decided to use Google's ranking mechanism to influence undecided voters who turned to the Internet to learn about the candidates. With help from users of various blogs, he compiled mainstream news articles that contained the most relevant and negative information about fifty Republican candidates, which he then compiled into a list of links. These links consisted of the name of the candidate and pointed towards his or her respective article. Users were invited to post the links on their own websites. Google ranks search results based on the number of links pointing to a specific page – as users reposted the list, the articles rose to the top of the search results.

In less than a week, Bowers' project dramatically reordered the information on the targeted candidates. For example, when the GoogleBomb started, the chosen article on George Allen — which details his frequent usage of racist epithets and tells the story of how during college he cut the head off a deer and shoved it in an African American family's mail box – was on the tenth page of search results for George Allen. Now, the article is the fifth-highest ranked search result for the Senator's name.

Two races have already demonstrated the power of the progressive netroots to influence elections positively for the more liberal candidate. Last August, national attention focused on the Democratic primary in Connecticut, where political newcomer Ned Lamont challenged incumbent Joe Lieberman. Lamont entered the race when he couldn't find another challenger to Lieberman, who frequently supported Bush administration policies and refused to question the Iraq War. At first, Lamont was considered an extreme long-shot, running against a three-term incumbent with a hefty campaign war chest and high approval ratings. The liberal blogs immediately latched on to Lamont, out of frustration with Lieberman's repeated hesitance to support the Democratic party on key issues. Lamont was able to fund much of his own initial campaign, but as his name recognition increased on the Internet, so did his ActBlue contributions and support in Connecticut. The Lamont campaign repeatedly reached out to popluar liberal blogs such as DailyKos and FireDogLake, and provided fodder for many Connecticut-specific sites, such as MyLeftNutmeg. By July, the race was a dead heat.

On August 8, Connecticut voters elected Lamont by a 4% margin to be the Democratic nominee for the Senate. Lieberman has since refused to drop out of the race, however, forming his own “Connecticut for Lieberman” party. The race continues to be close. Lieberman has received most of the state's Republican support, and a tacit endorsement from the White House, which refuses to fund or support the Republican nominee, Alan Schlesinger. Lieberman has also received large donations from personal friends of the Bush adminstration. Lamont, on the other hand, has fueled his continued candidacy with ActBlue donations totaling over $450,000, from over 12,000 personal donors. The modern-day Jefferson Smith has captured the support of many citizens who are eager to vote for change. Lamont's campaign believes that this race will go down to the wire, but regardless of the outcome his presence in the race is a strong statement on the power of the Internet to not only disregard, but overcome the conventional political wisdom.

A less prominent but equally demonstrative example of the importance of the netroots in this election is the rise of Larry Kissell's candidacy in North Carolina, where he is running in the Eighth Congressional district. Kissell is a social studies teacher running against Republican Robin Hayes, a four-term incumbent who faces criticism over his support of CAFTA. Taking his campaign directly to the blogosphere, Kissell joined prominent liberal websites and wrote extensively about his positions on the issues. Volunteers for Kissell reported that the candidate had used his entire campaign funds to pre-purchase radio and TV advertising, depleting his cash on hand to $88.94. Within hours, supporters were donating that exact amount to Kissell through ActBlue, and raised over $10,000 in less than one day. With a radio commercial in Kissell's district costing approximately $9, donors could know that they were making a tangible impact on the campaign, equating their contributions to individual media buys that would influence voters. With less than a week to go, Kissell has pulled ahead of Hayes in the polls, and has the benefit of representing a majority Democratic district.

That people should seek political information on the Internet is no surprise, given the variety of sources and available viewpoints. These progressive websites allow people to take their interest further, by transforming an opinion into action. If one considers the Internet to be the new public sphere, then websites such as ActBlue and DailyKos are enabling the sort of dialogue and individual participation that should be the hallmarks of a functioning democracy. Any successes during this election cycle will undoubtedly be scrutinized, amplified and repeated in various forms as the Democratic Party sets its sights on regaining the White House in 2008. But for now, the Internet and its progressive netroots stand to make political history, potentially delivering a Democratic majority into the House of Representatives. For once, progressives can do more than only hope.