Cold Case: Ripped from the Headlines 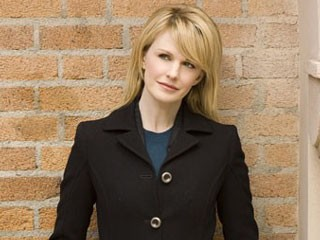 “The work is the death mask of its conception.”
-Walter Benjamin, One-Way Street.

CBS’ Cold Case presents contemporary solutions for the intractable criminal problems of the past. The show’s drama is provided by the “cold case” team, who reanimate “cold,” unsolved criminal cases (typically murder) with contemporary know-how, invention, or just plain old interest. In a recent episode (Season 5, Episode 13, “Debut“) the drama’s protagonist, Lilly Rush, proclaims “It’s 2006 now, and we like to look,” her pledge coming as a response to the information that this episode’s cold case — the death of a debutante — had been abandoned in 1968 because “no one looked too close in ’68.”

As we might expect, there turns out to be nothing accidental about the neglect of the past, its disinclination to look. In this instance we learn that the case cut dangerously across class lines and so provoked a “white gloves conspiracy,” a withholding of information that could have been damaging to rigid social hierarchies that are firmly and comfortably fixed in the nation’s past. Actually, the episode’s painstaking attempt to historicize goes further: the victim’s family were recent arrivals to this “white glove” world, entry being granted by virtue of the fact that the debutante’s father was an astronaut, and astronauts were white hot in 1968, the show proposes, even among Philadelphia’s Main Line blue bloods. 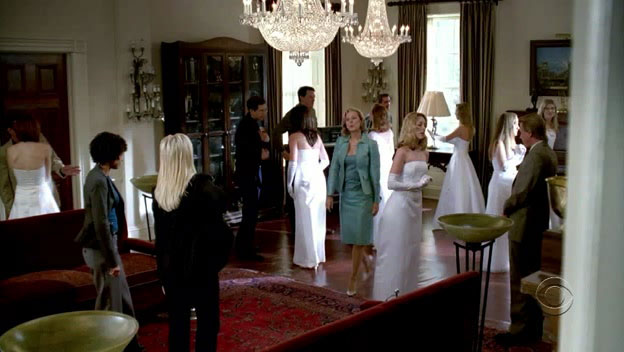 Doing justice to — or for — the historical record is of critical concern. Each episode follows a fairly rigid structure but still surprises with its fluid evocation of the past’s relation to the present. Historical period is generally signalled through mise-en-scene: hairstyles, clothing, vehicles, situations provide the material which frames the old, cold life of the case that will be unravelled, or ravelled up, by the squad. Music, either internal to the diegesis, or as an accompanying stylisation, or both, grants immediacy to the distant past: in this episode, the detailed recreation of the debutante ball where the death occurred is framed with B.J. Thomas’ “Hooked on a Feeling.”[1]

This past time, sequestered and inert, “cold,” remains anchored through the episode by the use of a period soundtrack that seeps into the investigation, and is often obliquely (and occasionally acutely) thematized. In this episode, a relatively simple relation exists between the music and the events of the ball; other episodes have featured disco dancing (a startling parody of Saturday Night Fever), grunge (Detention, otherwise titled “All Apologies”), Springsteen. Music provides a sure cue that we are moving among the matters of memory’s time; typically each episode opens with a representation of the “cold case” as an archival accumulation of facts and dead leads in its own historical mise-en-scene, a “past” which closes too soon as a detective labels and archives a box which metonymically represents the case, sequestered as a matter of public but ineffectual scrutiny. The bridge between that archive and the present is the work of the detective at the level of narrative, but at the level of sensation, flow, it’s provided by the affective potential of the musical segue.

An investment in ambient sound is important for the show in two striking ways. The “cold cases” it resuscitates are commonly unsolved murders of children or young adults. There’s a kind of distaff romanticism in the program’s perseveration over cases which generate narrative incompletion by invoking attenuated life spans; the homology between foreshortened lives and abruptly insoluble cases is comparable to the distant example of Wordsworthian miscarriage, infanticide, and other forms of child extinction (and in turn cognate with the ambiguous yet ambitious denotation of “special victim” in Law & Order: Special Victims Unit), as it is to the rhetorical figure of aposiopesis, where an inappropriate breaking off speaks volumes. The identification of young (lost) life with music as soundtrack gives the program a kind of declarative function, as if the life span of the cold case can only, with care, be amplified to reach the “maturity” of the case’s solution, a solution typically offered in place of (or embedded in) rites-of-passage: debuts, graduations, even detentions. 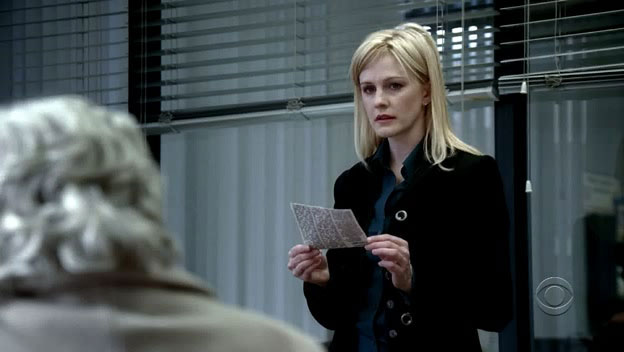 Televisual flow is animated by affecting testimonies — past circumstances are most usually depicted through the statements of witnesses — and there’s a curious alchemy, as the “cold case” becomes hot again. Sometimes the heat of the historical moment has grown cold, and the heat of the present moment can always be found in the passionate enquiries of the detectives, “hooked on a feeling” that past wrongs can be righted with just a little prodding. Its music is elegiac and timely, an apparent oxymoron that harmonises with the show’s split time frames. And “hooked on a feeling” is close to expressing the gravitational pull of nostalgia for the show; the present becomes a place to resolve historical injustices, and shared affect, from the past to the present, is pivotal in the show’s fluent oscillations, between historical fact and contemporary action, between, in fact, the hot and the cold.

Debuts: Twice in a lifetime

In this episode, however, an atypical double structure frames the crimes. The case is reactivated, but not simply because the detectives desire to close a case. The mother of the victim turns up in their squad room to accuse her daughter’s date of the crime, and her story gains credibility because the man in question is now also a suspect in his wife’s recent death. It’s the cause of death that convinces them: in both cases, the woman was found dead at the bottom of a staircase, and as Lilly Rush and her team note, “that doesn’t happen twice in a lifetime.” 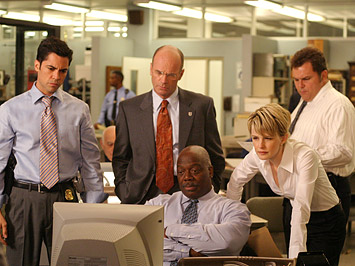 A “warrant” for such unlikely circumstances is found, however, in the Jean-Xavier Lestrade’s extraordinary 2004 documentary mini-series Soupçons (released in the UK as Death on the Staircase, and elsewhere as simply The Staircase), and the murder trial it records. The conviction of Michael Peterson for the murder of his wife Kathleen hinged on just such an unlikely circumstance: that twice in his lifetime women with whom he was close had fallen down staircases to their death, in 1985 and again in 2001. The transpositions of the Peterson story are striking examples of both the now-ubiquitous phenomenon of “ripped from the headlines” stories and of the kinds of permutations that make a “cold case” of interest; as I have suggested, the Cold Case squad are generally confronted by cases which have suggestive allegorical components, and perhaps most typical is the untimely death.

Whereas the Peterson case featured the deaths of women in their middle age, Cold Case‘s elaboration introduced the figure of the debutante, most vulnerable, as is typical for the show, when found in a threshold space and time. The anxiety of the show is ultimately not that crimes go unsolved, but that rites-of-passage remain incomplete until the case is resolved, and that closure, taking place now, returns to them the heat that has dissipated over time, a trope of belated ripening, perhaps. And whereas other procedurals frame investigative prowess around forensic science, the skill of the Cold Case squad lies in their storytelling prowess. While the proliferation of “ripped from the headlines” stories on criminal investigation television might at first blush appear to suggest a preference for real events, in fact they impose the task of harmonising those “real” events into more predictable narratives of frustration: frustration of both the investigative impulse and the continued life of the cold case itself. And so the programs symptomatically recast their stories in terms of thresholds, bringing into disturbing relief an isomorphism between collective experiences of life’s transitions and the matter of crime.

Note
[1] This is not, it should be noted, the Blue Swede version of the song that featured in Ally McBeal as accompaniment to the “dancing baby,” but the 1968 original.