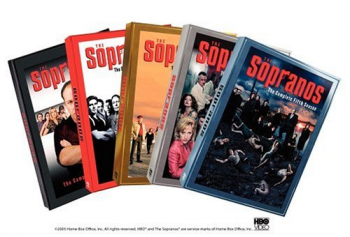 Much has changed about how we can watch TV in the past twelve months. It has not even been a year since ABC first allowed us to download new programs in exchange for a small payment and then made web-streamed shows available for free. And we are just halfway through 2006, which already has been widely dubbed as the year of online video. We are moving at lightening speed through a number of industrial adjustments that fundamentally change almost all cultural aspects of this thing we’ve called television–many of which substantially alter distribution norms and the set of organizations and practices that dominated established industrial operations. I’ve thought a great deal about connections among how these industrial changes affect what types of programming can be produced, but these changes also require us to rethink and reexamine television audiences as new technologies and distribution forms profoundly change how we use television.

Even though the materially-based distribution of television on DVD seems nearly antiquated in comparison with Internet-based developments of recent months, I’ve been thinking a lot lately about what it would mean to change my basic use of television (whereby I watch shows within a week of their original airdate) and delay some viewing until series are made available on DVD. Unlike my current viewing habit–that is largely proscribed by the whims of network executives, viewing television series on DVD involves viewing that can be successive (as you can watch more than one episode per week) and deferred (as DVD releases currently lag original airdates by six months to a year).

A number of Flow contributors and authors have considered various aspects of the TV on DVD phenomenon,1 but I have not yet read any accounts of audience research or explorations on how this way of viewing might adjust the meaning making process. Various first-person accounts can be found in the popular press that suggest the profound differences in meaning available to those who watch a season or even an entire series over the course of a few days or even a month.2 Ann Gray’s research offered valuable information about what families did with televisions, VCRs, and remote controls in the early 1990s, and we now need much more research like this to understand the new technologies that are becoming part of the contemporary television experience.3

I started thinking about the differences of successive and deferred viewing as I watched episodes of The Sopranos this summer after its long awaited return. As I searched my memory for a plot detail from a few seasons back, I began to consider how much of the depth and texture of this richly drawn, character-driven show I was missing because it had been years since the story began, and frankly, my memory is far from perfect. Unlike a daytime soap opera where narratives also stretch over years, the long gaps (18 and 21 months at times) between my visits with Tony and friends, made it more difficult to maintain memories of details. I began watching The Sopranos in 1999; I’ve lived in three different states since then and cannot even remember the telephone number I had in 1999 (or 2001 or 2004 for that matter). The gaps need not even be the protracted absences common to HBO shows. As I returned to Alias after the series’ maternity leave hiatus I also struggled to remember exactly what had been going on with the characters (when did Sydney find out Vaughn was still alive?). 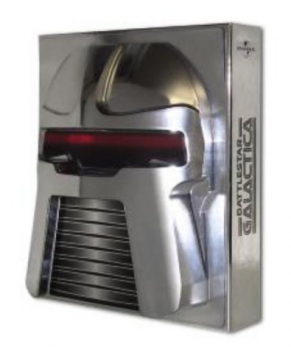 The ability to view series consecutively on DVD would alleviate my memory difficulties, and in some cases provide new layers of meaning that might be forgotten in the week between episodes and months between seasons. I have only watched a few shows this way–the first two seasons of Buffy the Vampire Slayer, as I was a late fan, and The L Word, as I lacked a Showtime subscription. In both cases, I consumed (and that really is only word for it), many, many hours of narrative in a very brief time. In the case of The L Word, this was particularly mandated by a five-day loan period from the library for the full season. After watching a minimum of four episodes a day, the show found its way into my subconscious as those trendy LA ladies even intruded on my non-waking hours and became characters in my dreamscape.

By accounts in the popular press, subscription network shows are a frequent target of consecutive viewing because the majority of the television homes do not subscribe to the networks. Rather than the particular narrative coherence and connection available to viewers who watch many episodes in a short period of time, Sam Anderson talks about the consequences of existing in a world six months behind the real-time viewers and the consequences of often unavoidable spoilers.4 This issue of delay weighs heavily on me as I contemplate giving up my HBO subscription and what it would mean to be out of sync with television culture. If I were a true fan, perhaps I’d watch shows both ways–weekly and then on DVD at the end of series, but that would require me to give up some of my viewing breadth.

The new ways of watching television are providing different ways of viewing that require more thinking about what their consequences may be for meaning making and the cultural role of television. Empirical examinations and evidence gathering that takes such thinking into the world of viewers and beyond the self-indulgent autoethnography offered here are needed. There is much that seems fundamentally different about the asynchronous viewing that waiting for a DVD release requires, as such viewers are forced to negotiate contradictory fan motivations–viewing as soon as available versus the coherence of consecutive viewing. TV on DVD offers but one example of the new ways to use television. Examinations of how audiences choose channels and view high-definition, what content we view out of home, and with what new practices also offer rich cases that inform the future of television.