The New Soaps? Laguna Beach, The Hills, and the Gendered Politics of Reality “Drama” 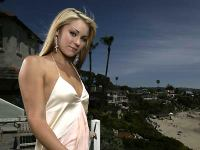 In the last column I wrote for Flow, I talked about the many developments in today’s U.S. daytime soap operas and the rich material these neglected texts offer for television scholarship. In this column, I want to consider a variant on the conventional soap opera, a contemporary television genre that may offer similar, serialized pleasures but that also has significant differences from daytime soaps. Reality soaps, also known as docu-soaps, are best represented by MTV’s Laguna Beach and The Hills. These programs have proven appealing to MTV’s young viewers, unlike the daytime soap operas on the U.S. broadcast networks, which have seen drop-offs in youth audiences in recent years. In this column, I explore some of the similarities and differences between these two genres, including their gendered politics and pleasures.

The premise of Laguna Beach is simple. The show captures the lives and loves of high school students in the affluent eponymous town. The first two seasons have relatively clear narrative arcs–most of the cast are seniors and they are enjoying their last months together before graduating and moving on to new lives. The Hills is a sequel to Laguna. It follows one of the earlier program’s original “characters,” Lauren “LC” Conrad, as she moves to L.A. to attend fashion school and intern at Teen Vogue. This gives The Hills a fundamentally different premise than Laguna, more akin to The Mary Tyler Moore Show or Sex and the City than to The O.C. (the subtitle for Laguna is “The Real Orange County”–the parallels to The O.C. are a deliberate marketing point).

Both series employ a similar structure. Much like daytime soaps, the “plot” may not really advance in any given episode. Instead, each episode revolves around “drama” (the kids’ favorite word, with the exception, perhaps, of “random”), which has the vague meaning of some kind of conflict or emotional upheaval. Although there are specific occurrences in the characters’ lives–high school graduation, Lauren’s internship–the “drama” primarily revolves around romantic relationships. This is a key difference between these series and reality shows such as The Amazing Race or Big Brother, which certainly represent interpersonal relationships but make them the context, the background, for the contests that move the narratives forward. In any given episode of Laguna and The Hills, the cast discusses the “drama,” much as multiple members of fictional daytime soap communities talk about each other’s lives.

In the soaps, these conversations are meant to reveal the implications of plot developments for a host of complexly intertwined characters. On Laguna and The Hills, these conversations conversely work to force a plot around a sequence of somewhat disconnected events and characters. On the first season of Laguna, for instance, passing mentions of the time Lauren spends with Stephen during the gang’s trip to Cabo function to develop the not-entirely-there triangle of Lauren, Stephen, and Stephen’s sort-of girlfriend, Kristin. We get that there is a rivalry between the girls over Stephen because we are privy to every catty remark the girls make about each other, because others talk about Lauren and Stephen or Kristin and Stephen, and because we see a shots of Lauren looking off-screen, followed by shots of Stephen (the Kuleshov effect at work!). In this sort of storytelling, the show follows soap opera conventions without the narrative content or character development to flesh them out.

Although the appeal of these programs is rooted in part in their “reality,” they forego many of the conventions of reality programs. First, there is no justification for the cameras’ attention to these characters, no transformations of home décor, self-display, or lifestyle and no monetary prize for victory. Even these programs’ most likely progenitor in “observational” reality, MTV’s The Real World, offers a reality manufactured around its “seven strangers picked to live in a house” set-up. This makes Laguna and The Hills (as well as ABC’s blink-and-you-missed-it One Ocean View) more like fictional, scripted television than reality TV and more like soaps than like most prime-time fare.1 After all, soaps present the “trials and tribulations of the Bauer, Lewis and Spaulding families,” as my TiVo describes Guiding Light, much as Laguna Beach presents the trials and tribulations of Lauren, Stephen, Kristin, and their classmates (and much unlike the higher-concept situations facing Jack Bauer or even Meredith Grey). MTV’s reality soaps also emphasize the ongoing existence of their worlds, their independence from a manufactured premise, by eliminating the direct-address interviews, the “confessionals,” that are standard to so much reality TV. As a result, the fourth wall is never broken, making the shows more soap-like but also enhancing their reality claims–these events are just happening, we are encouraged to believe, they are not being set-up by producers.

Of course, these shows are meticulously crafted by producers; their choices literally create conflict, “drama,” narrative out of the thinness of the shows’ premises. In one such choice, the producers use musical montages to tell stories; the frequency of these montages makes the series more akin to MTV’s original bread and butter–music videos–than to most reality programming. On Laguna, the luxurious homes, pristine beaches, vivid sunsets, and swimsuit-clad bodies of the high school cast make these montages delicious eye candy. These montages may well be the show’s primary pleasure.

Another key trick the producers use is their liberal inclusion of long close-ups of the characters’ relatively blank faces, much like the “egg”–the shot at the end of many daytime soap scenes in which an actor holds an expression for several beats until the scene fades out. The egg is an effective technique in soaps because viewers spend so much time with the characters that they learn to read into their faces, to understand that Sonny’s blank look actually displays his fear of hurting his children or his anger at his mafia rival. On the reality soaps, however, viewers spend much less time with the characters, the characters are not nearly as clearly drawn or as complexly represented. We know that Lauren has led a sheltered, privileged life, that she wants to work in fashion, that she cares about her boyfriend even though he has hurt her in the past, that she’s generally a nice person (we know this chiefly because her Laguna rival, Kristin, is constructed as LC’s opposite–a somewhat bitchy tramp). But we don’t really understand what motivates her, what she fears or what she hopes. Most soap viewers could write a 10,000-word essay on what any given soap character wants, hopes, fears, etc. This in-depth knowledge of character history is essential to making meaning of a soap, as anyone who attempts to watch one without such background knowledge will attest. But MTV’s reality soaps can be meaningful without this sort of backstory, as they draw so heavily–in their musical montages and soap-like “eggs”–on pop culture clichés. We get that Lauren is unsure about getting back together with Jason, her philandering ex-boyfriend, because the music and her smile-free face communicate it. But we understand this not so much because we understand who Lauren is but because we’ve seen enough music videos and soap-like scripted drama to read the codes.

This meaning-without-meaning spills over into these shows’ gender politics, particularly when it comes to the politics of heterosexuality. On The Hills, Lauren and Jason reunite when he declares that he misses her and wants her back. In the succeeding episodes, however, Jason repeatedly treats Lauren like crap, clearly disappointing her. This is communicated by her somber expressions and the music that accompanies her scenes. Yet she also continues to take him back, usually in response to his patented apologies, always accompanied by flowers for her. Daytime soaps tell stories about men who treat women poorly, too. Such stories tend to develop in one of two ways: either the woman breaks free of the jerk and establishes a new sense of self (and, eventually, a new romance with someone who treats her better) or the man undergoes a substantial transformation, realizing the error of his ways and truly changing–at least in his behavior toward the woman he loves. But the first season of The Hills did not conclude with either of these potential outcomes. Instead, Lauren turns down a summer internship in Paris to stay with Jason at the Malibu beach house they are renting. Although we are urged to think that Lauren has agonized over her decision, we are also encouraged to believe that she has made the right choice. The season ends with Lauren in Jason’s arms, the Malibu sunset affirming the happily-ever-afterness of her choice. She has not left him and found herself; he is not about to change.

Here is where the differing gender and sexual politics of the reality soaps and the daytime soaps are most clear. With its ongoing storytelling and consequent need for character developments, a daytime soap would have to introduce one of the above turns of events in a story such as Lauren’s and Jason’s. Sure, we’d have watched a multitude of instances just like those on The Hills, in which the man behaves badly and the woman takes him back anyway, but these events would be building toward something that would ultimately generate a substantive change. On The Hills, because it purports to be “real,” and because it has a limited amount of time to tell its story (it’s a half-hour weekly series with an eleven-episode season), Lauren and Jason’s relationship gets a happy ending. They may face lots of “drama” along the way, but that “drama” is offered as a given of heterosexual romance, not as a problematic situation that should change, not only for the sake of storytelling but also for the well-being of those involved. On The Hills, this means Lauren’s well-being, as she is treated disrespectfully, even abusively, and yet seems resigned to a life in which this kind of “drama” is the only reality that counts. Are these the gendered pleasures to which a new generation of viewers are being drawn?