The Summer of the Superheroes

For months, I have been wondering about the filters with which we create our reality. I have been looking at the proverbial half-glass and musing over the truth we reveal about ourselves with our descriptions of its contents. Same glass, same amount of liquid, the only difference our disposition and the interpretation we chose as a result. What was the mechanism with which we decided? How did it work? Was it something innate or something programmed into us from the outside world?

When I walked out of Superman a few weeks ago my musings took on a new dimension. I found myself intrigued, wondering about the filter Superman's seductive mythology created as it unfolded on the screen, with characters clearly defined as Heroes or Villains. How did that visual mythology affect how we viewed the world? And how did it interact with our already innate tendency to project meaning out into the world?

Most of us have been raised on a steady stream of visual media consumption. From MTV to blockbuster films, we have been trained to speak a new symbolic language. In this new language, the textures and nuances of our internal worlds are externalized and symbolized through pre-established contextual cues, such as lighting, sound, and costumes. To engage with the story, we are required to interpret the visual narrative quickly and easily. In order to facilitate this ease of interpretation, certain conventions have been created. From clothing styles to soundtrack choices, these conventions neatly delineate Heroes and Villains.

The visually coded traits of a Hero and a Villain vary from film to film in their particulars. What they share in common is a sensibility, a clear polarity that allows us to be confident who to sympathize with and root for. In mature and nuanced films, these traits are more interwoven to portray a complex character who raises questions more than gives answers. In most blockbuster films, however, the traits are heavily relied upon to set the tone of the story and to provide a clear map for the viewers to follow as they follow the hero's struggle to victory. 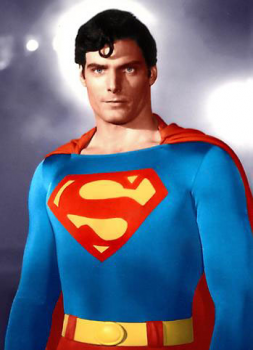 Superman is a classic example of these traits at work. From Clark Kent's clean cut Heroic good looks to Lex Luther's tailored suits and scheming expressions, who they are and what they symbolize are consistently and clearly represented. So clearly represented in fact that the language we are interpreting in the film–let's call it “Good Guy-ese”–begins to feel normal, natural even, which is fine as long as we are in the movie theater. But what happens when we begin to apply “Good Guy-ese” to the outside world?

Plenty of misinterpretation, that's what. The complexity and chaos of the real world does not lend itself so easily to clear delineations of hero and villain. The visual cues that “Good Guy-ese” uses are designed for snap judgments that can easily contribute to mistaken assumptions. We think we know someone's character and motives because they exhibit traits that correspond to the visual cues we have been trained to interpret.

The likelihood of misinterpretation increases exponentially when this outer visual dialect blends with an inner tendency that is at once both highly personal and deeply universal. This tendency is to interpret our own actions in a better light than we interpret others' actions. When we do something such as cutting off someone in traffic, we tend to judge our action against the arc of our total personality. We excuse it by saying we were in a bad mood, we didn't see them, we made a mistake. We don't judge ourselves as bad people; we see the action as a fleeting departure from our permanent self identity as a good person, a Hero. When someone else cuts us off in traffic, however, the tendency is to judge their character from that action. They are a bad person, an inconsiderate driver, a menace on the road, a Villain. In essence, we characterize others from their actions, while we characterize ourselves by our being (or who we believe ourselves to be). 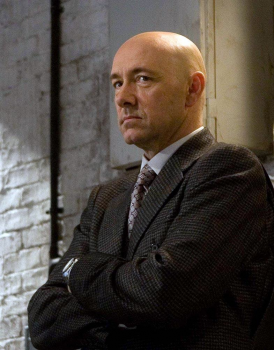 When this inner dialect of judging others based on their actions meets the outer dialect of “Good Guy-ese,” what results is an unprecedented reality filter. It becomes all too easy to unconsciously objectify others based upon their surface characteristics and behavior. In the process, we villainize them and reduce their complex and contradictory humanity to a black and white identity position.

Instead of seeing the guy that cuts you off in traffic as a father-to-be who is frantically rushing his pregnant wife in labor to the hospital, you see a jerk. When the teller snaps at you at the bank, instead of seeing an exhausted woman who is barely making ends meet working two jobs, you see a bitch. Where there could be compassion there is a judgment, and where there could be understanding there is separation and fear.

The reality, of course, is that no one is ever good all the time or bad all the time. We are a little bit of both. Who you are depends on who you ask on any given day, including yourself. Human beings are in a constant state of flux, unlike the fixed identities “Good Guy-ese” leads us to believe in. When we are aware of the ever-shifting nature of a identity, a beautiful liberation occurs. We get to set down the heavy burden of polarity, of perfection and its attending isolation. We give ourselves permission to drop the filters and to see ourselves clearly with our flaws and our strengths. When we are no longer busy trying to force ourselves or others into our preconceived boxes of Hero and Villain, an unprecedented intimacy results. We receive the lovely opportunity to meet ourselves and our loved ones for who they really are, perhaps for the first time.