Seeing the Back of Berlusconi? The Current Situation of the Media in Italy 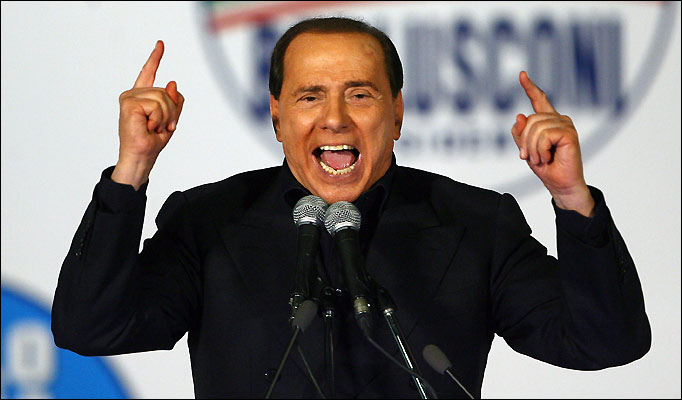 Silvio Berlusconi has long exasperated commentators on the Italian media, and recent electoral defeats for his Forza Italia party, which included his unseating as Prime Minister, have been greeted with widespread relief. However, while there is much expectation that part of the new centre-left's government campaign to restore international credibility will be a resolution of the monopolistic nature of media ownership in Italy, it may be rather presumptuous to view the prospect of swift reform with too much optimism.

In order to understand the challenges facing the new government, it is necessary to investigate how regulation of the media in Italy works in practice. Although Italy has a highly developed legal code covering the operations of the media, including industry groups and trade unions, as well as policies integrating progress with European Union Directives, the more telling factors that control and influence the operation of media in Italy are a high degree of convergence and concentration of ownership in the hands of a few. To effectively assess the conditions the media in Italy operates under, one must consider the culture that media agencies and regulatory bodies function in, and it may be helpful to focus on two main areas of the current system in more detail: first, the status of Italy's domestic terrestrial television network illustrates how a major part of the media in Italy has developed in a way that confounds effective regulation and has up to this point thwarted legal constraints, and second, an analysis of the situation of journalism for print media demonstrates the prevalence of self censorship and the difficulties faced by independent media and professional bodies.

Television and the Berlusconi Factor

From 2001 to April 2006, up to 85 % of Italian domestic television was directly or indirectly controlled by one man, Silvio Berlusconi (Sanderson). The fact that the owner of the main private television company, Mediaset, came to control so much of the media in Italy speaks of deep political and legal problems. When in control of Radiotelevisione Italiana (RAI), Belusconi saw the opportunity to press his advantage, and his proposed restructuring of RAI in 2002 brought the problems faced by the public service broadcaster into sharp relief. This prompted the intervention of the President of the Republic to appeal for continued pluralism in the media. More recently, the 'Gasparri Law' (2003), named after the Minister for Communications, sought to safeguard Berlusconi's Mediaset holdings, privatise part of RAI and change the way it was jointly administered by opposing political parties. Baldly opportunistic though these proposals were, a closer look at the way television operates in Italy is necessary, as it is questionable as to how much pluralism actually exists in the Italian media in general, and how far television makes a positively constructive contribution to Italian political life.

Reforms to RAI in 1975 ostensibly divided the three channels along the political lines in the name of pluralism, a move that actually brought about partisan political control (Richieri 257). Additionally, Judgement 202 (1976) of the Constitutional Court determined that RAI should not have a national monopoly at the local level, therefore opening up opportunities for private broadcasting. What 'local level' meant was not however defined and the ruling enabled the Mediaset group to claim a virtual monopoly of the private sector, limiting opportunities for regional broadcasters (Schlesinger 272). The implications for RAI were very serious, because although it receives a modest income from licence fees, it is also dependent on selling advertising space for funds. The advent of an aggressive private broadcaster, therefore ensured that programming across all channels took on a more populist character with higher concentrations of imported dramas and locally produced variety shows, and a more sensationalist and superficial treatment of news. The seriousness of the situation is compounded by Berlusconi's vision of television as a means of selling products and raising advertising revenue. With the expansion of his Fininvest group to include Publitalia, still the biggest advertising sales house in Italy, Berlusconi's channels have become profit-making machines (273).

Berlusconi's domination of the television market is only possible because regulation of the media is often inadequate due to the failure of various anti-trust laws and the integration of the various markets. Italian law governing media ownership limits an individual from owning more than 20% of one form of broadcasting (Law 249) or making more than 30% of national media revenue. Currently however, Publitalia has 60% of the television advertising market, making over 4 billion Euros annually, thereby exceeding the limit set in 1997 by some way (Sverige). Anti-trust laws have not proven effective, and have been evaded by installing family members or business associates as chief executives, or circumvented through political alliances (Bettis). The situation needs to be resolved quickly, because, while Italy does have a Communcations Authority (AgCom, set up by Law 249 in 1997) that has been active at certain levels, recently for example fining Berlusconi for breaching electoral rules, and quotas imposed recently to protect European and local Italian production in television and movies, Berlusconi's example demonstrates how ineffectively current regulations are applied (Sanderson; U.S. Department of State). To illustrate, a further case for concern is the attempt by Publitalia's rival, the WPP group, to consolidate their holdings in Italy. Their efforts have alerted anti-trust authorities, but the group has not been compelled to disclose its total wins nor has the trade organization AssoCommunicazione been able to persuade members to publish figures (Cuzzocrea). This lack of accountability and transparency makes it all too possible for Berlusconi's story to be repeated. 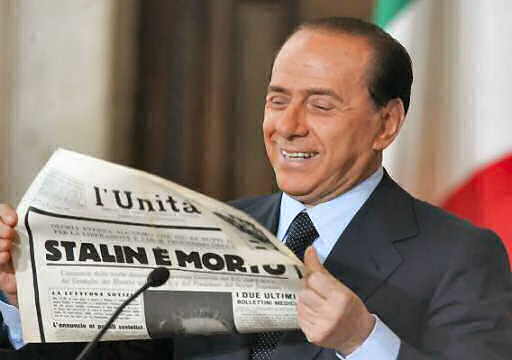 Legal restrictions on the journalistic expression in Italy have historically been sparingly applied. Despite the legal limitations present in the Albertine Edict of 1848, the Penal Code, the Public Security laws, the Order of Journalists (1963), and in Article 21 of the Constitution (1947), journalists have been able to exercise the freedom of individual expression, also a provision of Article 21, and in recent defamation case brought by Berlusconi himself failed in the courts (“Berlusconi…”). In effect, however, press freedom is constrained by the way ownership is highly concentrated, ensuring that a familiar and fairly uniform approach is pursued by major print publications, thereby limiting the effectiveness with which journalists' organizations like the National Federation of Journalists (FNSI) can operate, and encouraging self censorship. This has consequences for both editorial control as well as for the level of critical discourse present in print media. Evidence of the former can be seen in recent disputes at the Corriere della Sera between journalists and owners over issues of journalistic independence, and an example of the latter is illustrated in a 1999 study published in Social Identities which outlines how publications from both the left and right continue to encourage a sense of ethno-nationalism in response to increased immigration (Federazione Nazional della Stamp Italiana; Triandafyllidou). International press organizations have been moved to criticise the high degree of self-censorship present in the Italian press and new independent publications struggle to dent the market without political backing (“Italy”; Shugaar).

Additionally, the recent political climate has meant a further and more direct constriction of press liberties. An infamous example of this trend is how Berlusconi stifled criticism of his government on the RAI channels by asking for the re-timetabling of programmes or the sacking of journalists (Reporters Without Borders). One journalist was censured by the network; another eventually resigned (“L'editto…”). The Prime Minister's actions can only encourage institutions to fight to limit criticism through inhibiting free speech. The impact of this culture is most disturbing when seen in the way administrative and legal institutions operate, for example in the case of Mario Spezi, an investigative journalist who antagonised authorities in Florence and Perugia with allegations of mismanagement and cover-ups in the hunt for the “Monster of Florence” and who was subsequently imprisoned on spurious charges of defamation. Journalists have been frightened away from the case and this has prompted the Committee to Protect Journalists to become involved, noting that “Government efforts to promote this climate of self-censorship are anathema to democracy”(Cooper).

While the democratising potential of the internet is being proclaimed in Italy, as everywhere else, there is mounting evidence that lengthening reach of technology may even achieve the contrary. Although there is a high rate of internet access and DSL has been able to be established quickly through the absence of a cable network, information available online in Italian will again be constrained by advertising, and the television currently available through DSL and satellite reflects a similar character to what is already established (Hupprich and Bumatay). Italy has participated in the EU drive towards digital television and has been involved in making decisions about the satellite regulatory framework (DGTVI; Santella, et. al). However, these emerging opportunities are again an occasion for the media moguls to wrangle over rights to the biggest earners, in this case movies and Serie A football. The arrival of digital was also seen by Berlusconi as an opportunity to carry on his efforts to adapt the law to consolidate his domestic power. Under the 'Gasparri Law', digital channels were to be counted as part of the overall whole that made up Italian television, thus allowing Mediaset to remain intact.

In this context the future of public service broadcasting in Italy may unfortunately be extremely limited. Segmentation of audiences is a prominent feature of the Italian media because of the powerful commercial interests that dominate the market, and it is difficult to see RAI, even with wholehearted state backing, reclaiming a wide audience in the face of competition from a variety of private media. If we are to derive any hope from the situation, we might look to the future of independent media, for, as Street points out, the changing order of communications does present opportunities for new media to emerge (Street). In Italy's case, with effective regulation and legislation it may be possible for this independent media to serve its public while growing its audience share. This task, along with many others, faces the new government.

Cuzzocrea, A. “Italy Media Agencies-All to Play For.” Media and Marketing Europe 19 Dec 2005.