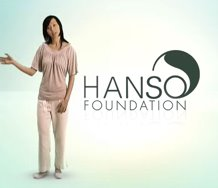 In my last column for Flow (“Buy, Robot” volume 4 issue 5) I examined the advertising campaigns for films like I, Robot (2004) and Resident Evil: Apocalypse (2004)–marketing that presented products from within the films' fictional universe and presented them, through television commercials and cinematic trailers, as available in the real world. Just as that article appeared, ABC took the strategy a step further by airing commercials for the Hanso Foundation during commercial breaks in its prime-time show Lost. The trick, of ocurse, is that the Hanso Foundation, despite apparently having an advertising budget, exists only in the fictional reality of the ongoing Lost narrative. The commercial spots serve as pointers to websites for the Foundation, and are part of an ABC promotional campaign called the “Lost Experience,” designed to keep viewers interested in the show through the summer.

I argued in that earlier article that this strategy of product projection, treating a fictional product (or in this case non-profit organization) as real works to blur the boundary between reality and fiction by employing reality status markers (in this case advertising) for fictional constructs. ABC's use of this strategy to market a prime time network television program not only blurs that boundary, but in effect retrains television viewers' sense of the division between programming and advertising.

For starters let's construct an oversimplified model of the traditional status of television advertising in the context of prime time narrative programming. The general expectation for decades of television viewers has been that television commercial breaks are just what they sound like–breaks in the narrative advancement to take care of the commercial needs of the network and its affiliates, clearly signaled pauses in the ongoing action. Necessary evils or welcome intermissions, they punctuate the narrative progression and have become an integral element of broadcast television's pacing. Viewing any of the myriad programs now available on DVD but originally produced for network broadcast demonstrates the solidity of the boundary between show and commercial, as even (especially?) with the commercials removed, the breaks are obvious. Differences in shot type or musical cues separate them from other scene changes. The unspoken promise of such commercial breaks has been that no new narrative information would be supplied until the episode resumed.

The commercials for the Hanso foundation aired during episodes of Lost violate that expectation. In them, the Lost narrative crosses the boundary of fiction (marked by the ending of the scene before the break) and poses as reality in the quotidian world of advertising. Though it may be done with a wink (ABC doesn't seem to be trying to deceive viewers–quite the opposite, in fact), this strategy complicates viewers' experience. The commercial break is no longer a “time out,” no longer a safe period when one can let one's attention to the screen lapse. Instead, every commercial is suspect, as it may relate to the episode's or series' narrative arc. This is particularly significant with a show like Lost, which has built its fan base in part through the inclusion of both blatant and subtle clues to the answers to the show's mysteries. Such clues encourage attentive viewing (and re-viewing, and episode download for a fee, and boxed-set purchase). 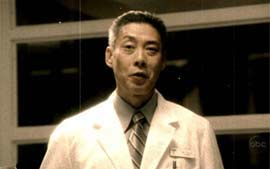 
With the introduction of the Hanso Foundation ad spots, avid Lost viewers will be less likely to feel safe leaving the television for fear that significant narrative information might be conveyed even before the episode resumes. This, of course, is the likely goal: keep viewers watching the commercials during broadcast and keep DVR-users from skipping the “break-that-might-not-be-a-complete-break.” Success for ABC means a kind of retraining of viewers, a challenge to their desire to ignore or even skip commercial interruptions. It also means an erosion of the boundaries of program as something separate from but enabled by advertisement. Certainly Lost isn't the first show to confuse the distinction. Complaints that some children's programming is little more than extended advertisements for toys and other licensed merchandise go back decades. The Hanso Foundation commercials are different, though. Rather than trying to sell action figures or happy meals, their goal seems to be to foster and expand Lost's already considerable fan base, to engage and create viewers who will spend time on the companion websites created for the “Lost Experience,” and use whatever information is revealed there to fuel speculation and discussion about the show's future revelations. The Hanso Foundation commercials both feed and fuel the Lost “community,” while simultaneously demonstrating to advertisers that the network is taking steps to ensure that viewers see and pay attention to their ads.

Even before these ads, Lost was the subject of a conscious attempt to decentralize its narrative and playfully confuse its status as fiction. A website for Oceanic, the show's fictional airline, has been up since the show's start, and other websites have appeared as the show progressed. A novel, Bad Twin, supposedly written by Oceanic passenger
Gary Troup (and read by characters in the show) is available. Amazon treats the fictional writer as real, including a clip from the author's taping of a book chat show. Taken together, all of these actions serve to make the broadcast episodes just one element in an overarching Lost narrative, one that seeks to blur at the edges into reality.

Whether the “Lost Experience” succeeds in its goals of retaining viewer interest in the show and compelling attention to the advertisements, the Hanso Foundation commercials have broken new ground in prime-time network programming. They are the first colonies that such narratives have founded in the previously closed territory of the commercial break. While they raise new possibilities for networks, and new challenges for viewers who can no longer trust traditional expectations of where a show begins or ends.