Fox News and the Redefinition of “Objectivity” in U.S. News Media 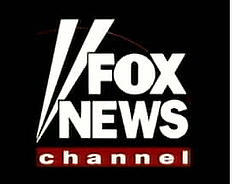 In the world of 24-hour cable news channels, journalism has transformed
into a “faith-based initiative.” Based on the premise that journalism
is now a matter of faith, and faith is the unquestioning belief in the
universality of a particular worldview, I seek to critically analyze
the redefinition of journalistic “objectivity” on cable news channels
in the United States.

It has been argued by many media critics that the growing power and
rising popularity of faith-based reporting on cable television news
channels is a direct result of Fox News Channel's conscious strategy to
ignore journalistic principle of “objectivity” which has been the
bedrock of news media in the United States for centuries.[1]

However, my criticism of Fox News is not that it ignores media critics'
concerns about being “objective” in its news coverage. Rather, what is
more troubling–and perhaps most insidious–about Fox News is the
systematic way in which it has redefined “objectivity” in the world of
24-hour cable television news. It has done so, I argue, by
strategically recasting the ethical principles and philosophical ideals
of American journalism in populist terms that appeal to Fox News
Channel's target audience of political conservatives and evangelical
Christians in the United States.

In the historical traditions of journalism in the United States,
adherence to the principle of “objectivity” has always been considered
the ultimate goal for professionals in the news media. In the world of
24-hour cable news, however, Fox News has emerged as the dominant
channel by redefining journalistic “objectivity” as only a path toward
a greater goal (which is defined in terms of a populist desire to
acknowledge the dominance of conservative political principles and
evangelical Christian traditions in the United States).

Thus, to many journalists on competing cable networks like CNN and
broadcast networks like ABC, CBS and NBC (all of which proclaim their
faith in more traditional theories and practices of “objectivity”), the
coverage on Fox news seems “unethical” and “unprincipled” in many ways.[2]

On the other hand, many journalists on Fox News hold that the
traditional definition of “objectivity” has a liberal bias, and
therefore journalists on other networks have no legitimacy in
criticizing Fox for its “conservative” bias. For instance, Bill
O'Reilly argues, “If Fox News is a conservative channel–and I'm
going to use the word 'if'–so what? …. You've got 50 other media
that are blatantly left. Now, I don't think Fox is a conservative
channel. I think it's a traditional channel. There's a difference. We
are willing to hear points of view that you'll never hear on ABC, CBS
or NBC.”[3]

The way in which Bill O'Reilly characterizes Fox News as being more
faithful to the “traditional” principles of American journalism than
all other news networks reveals how definitions of “objectivity” are
inherently political in nature, and a journalist's claim to being
“objective” is always implicated in ideological discourses of
nationalism, liberalism, conservativism and so on.

In his historical analysis of the evolution of mass media in the United
States, James Cary argues that the quest for “objectivity” in American
journalism has always been based on an ethnocentric conceit:

Given such historical biases, are we to assume that media professionals
who claim to report “'Truth” are blissfully unaware of the ubiquitous
and pervasive ways in which their ethnocentrism frames the way they
think, and behave? Is the “'Rashomon” effect unavoidable in the world
of 24-hour cable news channels where journalists from different
networks look at the same event through different ideological lenses?
Are journalists critically inclined or even capable of looking beyond
their own ethnocentric biases and ideological lenses to seek and find
an “objective” reality?

Denis Chase hits the nail on the head when he says, “The problems of
journalism are, at base, philosophical problems. They involve questions
of definition and function: What is news? What is truth? How can one
know Truth?”[5]
Chase is of the view that most journalists are largely aphilosophical
in that they passively accept the dominant cultural philosophies which
govern their profession at any given time. Chase is not alone in this
argument. Edward Jay Epstein goes to the extent of questioning the
ability of journalists to seek after truth, while John C. Merrill says
that journalists speak of objectivity “while reflecting the world
through a prism.”[6]

In such a scenario, any attempt to arrive at a broad definition of
“objectivity” which can be uniformly applied as a standard for
criticism against news coverage on CNN, Fox and MSNBC may be futile.
Instead, I would argue that media critics must focus attention on the
ways in which Fox News has re-defined the traditional notions of
“objectivity” by recasting the ethical principles and the philosophical
underpinnings of American journalism in more populist terms that
resonate with political conservatives and evangelical Christians in the
United States.

As Jim Rutenberg points out, the Fox formula of reporting news about
the war in Iraq and the so-called War on Terror with an “America-first
flair” has been a huge ratings hit, and network executives and
journalists at CNN and MSNBC have been forced to make similar changes
to their own programming and scheduling strategies. As a result,
Rutenberg argues, there is now a “Fox Effect” in cable news channels
where a “new sort of TV journalism” has gained prominence by casting
aside traditional notions of “objectivity” which have been at the core
of mainstream journalism in the United States.[7]
When Fox News arrived in 1996, it brought with it the theories and
practices of “faith-based” journalism which were often incongruent with
many of the philosophical ideals and ethical principles of
“objectivity” in American news media. When confronted with ethical
dilemmas on political issues of race, class, gender and philosophical
concepts like freedom, truth, and social justice, many journalists on
Fox News have placed their faith in “conservative” principles of
American politics (which were deemed to be congruent with the
evangelical Christian worldview of the television viewers that Fox News
cleverly targeted by catering to their perceived sense of
marginalization in the mainstream).

However, to sustain their credibility as professionals in the
discipline of journalism, news anchors, reporters and commentators on
Fox News continually proclaim their unwavering faith in the more
traditional definition of journalistic “objectivity”–as evidenced by
the network's oft-repeated slogans “Fair and Balanced” and “We Report,
You Decide.”

Roger Ailes, the Head of Fox News, was clearly aware of the power of
“objectivity” as an ideal in American journalism, when he declared at a
news conference in 1996 that one of the reasons for launching Fox News
Channel was to “restore objectivity” to the world of television news.
In other words, from the very beginning the professed goal at Fox News
has been to rescue “objectivity” from the so-called liberal bias and
recast it in more conservative terms.

A key strategy used by Fox News for recasting “objectivity” in more
conservative terms has been the slogan “Fair and Balanced” that the
network has used effectively to set itself apart from other cable news
channels. For instance, the concept of “fairness” in the Fox News
slogan–“Fair and Balanced” clearly does not refer to the principle of
being open to all viewpoints. Instead it refers to the need for being
open to the views of political conservatives and evangelical Christians
that Fox News claims have been unfairly marginalized in public
discourse due to the so-called liberal bias of the mainstream media. As
Fred Barnes, the host of “Beltway Boys” and a frequent analyst on other
Fox News shows puts it, to “balance” the news is to offer coverage
“that's quite candidly conservative” as a way to counter “the more
liberal tendencies of the other networks.”[8]

The notion of “balance” has, of course, always been a crucial element
in definitions of “objectivity” in American journalism. Balance is an
ideal that journalists must strive to attain through the ethical
application of what philosophers have called the Aristotelian principle
of the mean. For Aristotle, the mean is an appropriate location between
two extremes. In the context of journalism, finding a “balance” between
two extremes is considered a worthy goal for journalists as a way to
achieve “objectivity” in news reporting.

Although every news story has more than two sides to it, the
Aristotelian principle of the mean has been enthusiastically embraced
by journalists as a way to convey a sense of “objectivity” in covering
a news story. Its power and popularity can gleaned from the sheer
number of times television journalists like Wolf Blitzer on CNN, Bill
O'Reilly on Fox News and Chris Matthews on MSNBC have proudly
proclaimed their desire to cover “both sides” of a story, provide equal
time to the two sides and attain the “balance” that is deemed necessary
for journalistic objectivity.

It is important to note though that for Aristotle, the mean does not
refer to an ideal midpoint between two ideologically extreme positions
(in other words, covering “both sides” does not automatically translate
into balance for Aristotle). The “mean” is not a mathematical average
between two equidistant points either (that is, giving “equal time” to
both sides is not the way to attain balance in the Aristotelian sense).
Aristotelians only talk about “relative means” which depend on the
particularities of a situation. If a news story is about the relative
values of boastfulness and bashfulness, then an Aristotelian journalist
would posit modesty as the golden mean. If the question of the day is
about finding a balance between stinginess and wastefulness, the
Aristotelian mean would be located in the virtue of generosity.

However, in the context of Fox News Channel's slogan of “Fair and
Balanced,” the principle of “balance” does not seem to refer to the
Aristotelian principle of a relative mean that is always
context-sensitive. Instead, the sense of “balance” that Fox News claims
to provide is ideological in that one of two sides in every story is
always a “conservative” position (which is then opposed to a
non-conservative position that is often conflated with the “liberal”
position).

Although not “objective” by any stretch of imagination, Fox News
Channel's “Fair and Balanced” approach has served the network extremely
well in the ratings war among the three major 24-hour cable news
channels. Not surprisingly, then, the Fox formula of defining “balance”
as an ideological battle between a “conservative” position and a
“liberal” position has been embraced by other news channels like CNN
and MSNBC in their quest to play catch up in the ratings game.
Therefore, my critique of Fox News is not that the network has
discarded the principle of “objectivity” in its news coverage. Rather,
my critique of Fox News focuses on the ways in which it has changed the
definition of “objectivity” from ethical principles and philosophical
ideals of “fairness” and “balance” to an ideological battle between
conservatives and liberals in the world of 24-hour cable news channels.

[2] See for instance, “FOX chairman Ailes defended his network as 'fair and balanced'; Media Matters disagrees” and “Fox News: the Inside Story”.

[5] As quoted in Herbert J. Altschull, From Milton to McLuhan: The Ideas Behind American Journalism, New York: Longman, 1990.

[6] As quoted in Herbert J. Altschull, From Milton to McLuhan: The Ideas Behind American Journalism, New York: Longman, 1990.