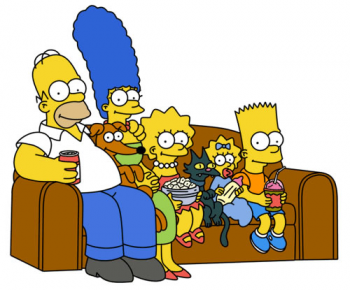 A brilliant literature professor at the University of British Columbia in Canada, William New, taught me that the first three pages of a good novel tend to encapsulate all the major themes of that novel, setting the tone and preparing the reader for the storyworld ahead. So too with television programs and their intro sequences.

Whether it’s The Who’s scream that kicks off CSI: Miami with a bang, the ultra hip Sopranos theme playing as we see the Lincoln Tunnel through Tony’s eyes, the Where in the World is Carmen San Diego? meets Mission Impossible opening of The Amazing Race, or any other number of intro sequences, these short little visual poems are frequently masterfully created. Most intro sequences must, after all, establish the narrative world into which we are entering; they must introduce us to the cast, frequently explaining their interrelationships; and their music and images establish the cyclical nature of the televisual product, reassuring us with their familiarity. Indeed, it is one of the great tricks of Lost that there is no intro sequence, and no theme song, just a cheaply done Microsoft Word Text Art title, as creators Abrams and Lindelof seem to taunt the viewer with their unwillingness to give us answers, to genre, plot, or character.

Consider Showtime’s Huff: a rather odd piece of music plays in the background, swaying back and forth, just as the camera itself moves erratically amongst many framed boxes, each containing action or stills from main character Huff’s life. Occasionally, the music samples a snippet of decontextualized dialogue — “You are so beautiful,” or “You’re supposed to be thinking about what I’m feeling here,” for instance. Main characters can be caught sight of in the boxes, but only briefly. It is hard to explain in words, but the sequence powerfully communicates that we are in the character’s mind — scenes move at different speeds, and we are clearly seeing everything through the individual perspective. Its surreal quality also invites interpretation and analysis, much as a patient in therapy might, as the show implores us to piece together all these random elements. In effect, the sequence maps out the mind and its many odd interconnected thoughts, hence setting the tone for a program about the mind, sanity, and wellness. Meanwhile, the music gently lulls viewers into the program’s own frame, transporting us from the world around the television set to the world inside it. 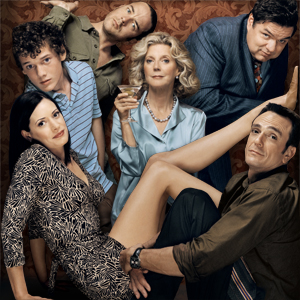 The cast of Huff on Showtime

Gerard Genette wrote of paratexts as serving an “airlock” function, acclimatizing readers to the world of the text, and the intro sequence is the paratext par excellence for acclimatization. We might even wonder if the networks’ fairly recent move towards delaying the intro sequence is more about teasing the viewer by withholding the beloved “airlock” than it is about opening in media res. Of course, channel-surfers often miss the sequence, but for a program’s regular viewers, there is a ritual of viewing, and the intro has come to play a large role in that ritual, not just an airlock therefore, but akin to saying grace before dinner, singing the anthem before a sports game, or playing music before the bride enters the wedding chapel. And as with these last two examples, the music is often a central part of the ritual, the ultimate in familiarity that immediately connects the moment across time and space to the last time we heard and saw the sequence, enacting (dare I say, lest this paragraph collapse under the weight of too many metaphors) a homecoming, or what Will Brooker, following Roger Aden, might call a step in a symbolic pilgrimage.

But ritual isn’t just about familiarity: ritual controls action. Therefore, intro sequences also represent a frequently impressive attempt by producers to situate and contextualize their text before delivering it. The intro sequence aims to discipline the audience’s viewing, and it poses “proper,” “official” meanings and structures of viewing. Thus, for instance, we could examine the intro sequences of three shows with large casts, to see how they manage the density of characterization and relationship in play:

1) ER gives fleeting attention to its cast, only for credit purposes, instead painting them all as generic doctors, with the ever-present heartbeat-like music in the background. The sequence suggests the primacy of the setting — a hospital — and of the work — saving lives — snd hence already cues us in to the revolving door of cast members that has characterized the show.

2) Buffy the Vampire Slayer, by contrast, wins the Most Shots Per Minute prize, offering a cruise ship buffet of character-establishing shots for each cast member (shots that changed from season to season, no less), to rapid and excited guitar music. By the end of its forty-five second-or-so run, the sequence has laid out a considerable map of who is related to whom, and how, announcing that the show is not only about butt-kicking, but also quintessentially about relationships. 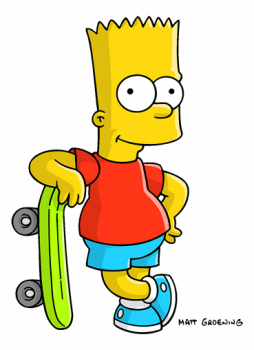 3) Finally, The Simpsons’ intro sequence privileges the family in its little School/Work’s Over vignette, but plasters the streets of Springfield with many other characters, quickly sailing by Bart’s skateboard or the parents’ cars; this, and the changing blackboard lines and couch gags from week to week tell us from early on that this is a show centered on a post-work, post-obligation family, but also a show that will reward attention: the beauty will be in the details, and in the background’s fine print.

Intro sequences might seem peripheral, but popularly, they are at the center of many networks of nostalgia and cultural memory. Witness, for instance, how half of New York City, so it seems, has a Sex and the City ringtone; or just try whistling one bar of The Andy Griffith Show without someone recognizing it immediately (yes, even teenagers). Derek Kompare’s impressive book, Rerun Nation, examines American television’s and American viewers’ love affair with reruns, but many of us don’t even need the visuals to renew the romance: a simple riff or two of the theme song is clearly enough to stand in for the whole. And with the theme song only part of the intro sequence, what we have is a synecdoche of a synecdoche of a program. But a synecdoche of considerable power, therefore. The intro sequence offers a primer to a program, but then takes on its secondary and lasting role as ritual gatekeeper and greeter, not only to the narrative and characters within, but to the entire narrative universe.