Micro-Ethnographies of the Screen: The Last Screen on Earth 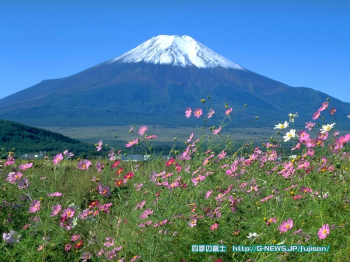 He reached the summit around sunset. He phoned his wife, who had stayed behind, to tell her that he had reached the top of Mt. Fuji and planned to camp there for the night. A late spring storm had overtaken the mountain, and he feared that he would lose the trail in the snow and darkness. He would hike back down at daybreak.

He was an obsessive amateur photographer. He often carried multiple cameras — 35mm, digital, and video. They dangled from his neck as if he were the quintessential tourist — which in the best and worst ways he was. For the best, he was always curious and liked to take his family and friends on adventure vacations. For the worst, he felt compelled to document every place he went as if his daily life were a phantom of some half-forgotten better world that existed only in pictures. He rarely bored those who chose to remain at home with long-winded audio-visual reenactments of his travels; he always kept his presentations short. But he did tend to pester those around him for assistance in resolving technical matters related to the collecting or editing of his images.

Before he left for his final trip to Japan, he asked me which camera I thought he should take with him up the mountain. I responded by citing the pros and cons of a variety of digital cameras available at the time. Some were more expensive, but took better pictures. Others were cheaper, but the image quality was merely acceptable. He feared that the camera would be lost or damaged as he climbed the mountain, and I suggested that he take a cheap camera for the mountain and a more costly, higher quality one for the time spent during his other travels through Japan. In the end, he decided to follow my advice, except that he ultimately took both of the cameras with him as he began his ascent up the mountain. He was obsessive that way.

The official website for Mt. Fuji warns that there can be strong winds gusting across the face of the mountain through late May. These wind gusts combined with the icy path leading up the mountainside make for a dangerous climb. The website suggests that only experienced climbers should attempt the mountain until early summer. He told his brother that he planned to bring extra climbing gear and that he was reasonably sure that his prior experience climbing the mountain would counter the increased danger posed by the wind and snow. As he climbed, he photographed. As always he planned to bring back visual evidence so that friends and family could relive his experience vicariously through his images accompanied by harrowing tales of adventure.

The mountain rescue team that found his body was uncertain as to what exactly occurred on his descent from the summit. Apparently, he had slipped and tumbled a long way down the mountain face, ending up lying unconscious in an ice crevasse. He most likely froze to death. The rescuers assured his wife that he probably never awoke due to hypothermia and died a relatively peaceful death on the mountain. Returned down the mountain with his body was his assortment of cameras with the memory cards intact.

There is an idea that recurs in many classic macabre tales that suggests that if one looks into the eyes of the recently deceased, the last thing seen prior to death remains imprinted on the retina. For tales of murder and detection, this retinal image is often linked to the revelation of who murdered our victim. For tales of the supernatural, spirits or ghouls lurk on the surface of the retina. In any case, for these stories the retina serves as a screen upon which the moments prior to death replay, in a loop as it were, until the image fades as has the soul of the deceased. As for my friend who met his abrupt death on the face of Fuji, images from the final moments of his life were permanently frozen within the silicon memory chips of his digital cameras. Obviously, unlike the melodrama of the tales of the macabre, we are not privy to the actual events leading to his death (a truly macabre thought, that!), but we do see what he chose to represent as he traveled up the mountainside during his last hours of life.

In effect, what we have with his collection of digital screen images — a wander through the final hours of a man’s life — is an inversion of what grounds the classic, and somewhat macabre, theoretical position proposed by French film critic Andre Bazin1. His famous “mummy complex,” wherein the camera mummifies time through adherence to resemblance, is reversed so that where once we were to behold the face of the dead, now, through these photographs representing my friend’s ascent to the summit of Mt. Fuji, we behold the world through the eyes of the dead. His images are, in effect, linked to his consciousness as he selected what to document of the world as he climbed the mountain.

Of course, his images also record the contingencies of that day on the mountain — the sharp sunlight on the ice pack, the darkness and snow as night descends on the summit, the ice crystals forming on his goggles as he snaps what he does not know will be his final self-portrait — but what compels one to look at these particular images is the relationship that exists between the man, his images, and his death. This relationship for the viewer, who most likely is a friend or family member, is one of presence through absence. We imagine a presence through the fatality read onto (dare I say, through?) the photographs as we recall the narrative of his unfortunate demise.

For us, the images brought off the mountain with my friend’s body allow us to possess at a distance — by a sleight of hand of our consciousness — the mentality and imagined consciousness of his last hours on the mountain. Through his screen, as the augmentation of his vision and the documentation of his choice of images, he came to possess the world. He most likely imagined a future in which these images would be reactivated by a narrative embellishment of his own subjective state at the moment of image capture. He most likely imagined bringing back images of his exhausting climb up Mt. Fuji as one does upon having bagged big game on a safari.

But what he saw through his camera as he watched the familiar video image on the viewfinder is all that we can grasp as certain. So, as an exhibition of his trophies, as an expressive memorial to an amateur photographer, I will end this column with a short visual travelogue of my friend’s final adventure — images from the last screen on earth.

Other images courtesy of the author.