Editorial: Now That We've Found Internet Programming, What Are We Gonna Do With It? 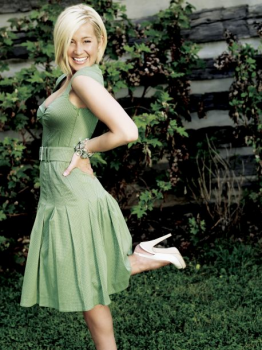 With the opportunity to write an editorial for Flow, I would like to first get a rather trivial statement off my chest: I am very glad that Kellie Pickler was voted off American Idol this past week. She seems like an incredibly nice young woman, but truly, her voice and showmanship were not on par with the rest of the contenders. That the American voting public made this decision has restored my faith in a constrained version of capitalistically mediated democracy.

For better or worse, I have been a religious AI watcher this season, meaning that I rarely miss a live broadcast. For me, this is not abnormal, as it falls perfectly in line with my history of viewing habits. I have always enjoyed “live event” television. I love to know that I am psychically aligned with millions of other viewers as we witness together everything from unexpected brilliance to mundane pap to horrendous failure. Knowing that in the days following any AI broadcast, I will likely run into a handful of people who will want to discuss what went down is one of the biggest draws. For me, this is a cultural nexus point better than the Super Bowl – one that works particularly well with my own proclivities for schmaltzy pop music. 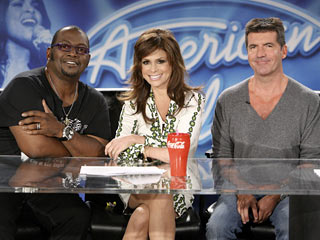 But I have had a twin obsession lately when it comes to my viewing habits. In addition to my older, more established habit of live network television, my more recent discovery of streaming video on the internet has excited me, particularly sites like Channel101 and YouTube. Essentially, anyone with a webcam and a computer can put together an offering for the whole wired world to consume at their leisure. Channel101 comes closest to a television broadcast, as the site hosts various program series that can be followed by interested viewers. The series that continue are chosen at voting parties hosted by the site where new installments are premiered, and if liked by the audience, the series’ makers are invited to create further episodes. Of course, I have witnessed a wide range of content on the site, from the most mind-numbingly inane to the most absurdly hilarious (of course, the fine line between these poles is drawn differently for every individual). However, like AI, I still get the competition aspect, where I can check in every month to see which series have made it and which ran out of steam.

What I am deprived of in my new online viewing ventures is the same cultural pervasiveness that I experience with AI. If I want to discuss what is happening with a particular program on Channel101, I am normally forced to actually show my potential conversant the program before we can hash it out. At that point, their opinion is colored by my own, and the dialogue usually amounts to little more than general agreement on the value of the program. At best, I become a marketing tool, the hallowed “word of mouth,” for the site’s content, hoping that someday a large enough group of viewers will exist for me to find adequate pleasure in casual conversations. But will that really happen?

It seems to me that we are on the cusp of some potentially radical interplay between the internet and television viewing. Aside from my own fixation with low budget silliness on Channel101, many programs originating on television are soon available for streaming or download both legally and illegally. But will the two forces meet somewhere? Obviously, this is not the first time that this topic has been pondered on Flow, but as I receive more and more of my pleasure from internet delivered programming, I cannot help ponder when and how convergence will take place. And if it does, will more disparate programming mean that I will lose out on the old cultural touchstones like AI? No water cooler critiques? We may be on the verge of drastically altering our mix of social glue, and how it binds us to or repels us from each other will be fascinating indeed. In the meantime, I will be stumping for Taylor Hicks.