Kids, TV, and the Life of the TV Scholar/Parent 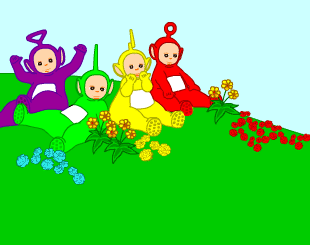 Hoping for some insight into my two-year-old son’s increasingly willful and wily ways, I recently attended a group discussion at his daycare center on dealing with the challenges of the toddler years. During this meeting, one woman tentatively raised the issue of television viewing, wondering if it was ok to let her toddler watch, given everything she has read about TV’s deleterious effects. Eager to alleviate this woman’s anxieties, the teacher-facilitators quickly validated her choice, assuring her that toddler TV watching was an effective way to occupy kids and to give parents a chance to get dressed, make dinner, or simply retain their sanity. Other parents echoed the teacher’s assurances and volunteered their own stories about the essential role of TV in their home lives. Shortly thereafter, however, one of the discussion leaders mentioned research claiming that young kids purportedly spend an average of 30 hours a week watching television. “Thirty hours!” gasped the previously TV-loving adults, seemingly horrified at the thought of children logging that many hours in front of the tube. In that instant, the love/hate relationship between Americans and television came to light, and the anxieties with which middle-class American adults conceive of children’s relationships to TV became especially clear. Television could have a valued purpose in one instant (albeit a necessarily practical purpose) but could be a dangerous corrupter the next.

As much as I might react to such a conversation with a degree of critical distance, I’m subject to many of the same anxieties about kids and TV. As a parent, and a feminist, and a television scholar, and a television lover, my own relationship to television, and to my son’s relationship to television, is perpetually fraught. Given who I am and what I do, I would have thought that my attitudes toward my child’s TV viewing would have been clearer, less conflicted, and less anxiety-prone than those of parents who are not part of the .0000000001% of the population who happen to study television for a living. No such luck. If anything, who I am and what I do have made my experiences thus far with parenting and television especially conflicted. Had I spoken up on the subject in the group discussion, I would likely have been more overtly contradictory in my attitudes than anyone else in the room.

I certainly know better than to buy into the prescriptive discourses in American culture about kids and television. I don’t believe that TV rots kids’ brains, makes them fat, or reduces their attention spans to the length of a Chuck E. Cheese commercial. I do believe that television and other popular cultural forms are part of the culture that binds children to each other, that children use television to shape their senses of themselves and others, and that children’s readings of television can occupy a broad ideological range. Thanks to the work of such scholars as Ellen Seiter, David Buckingham, and Heather Hendershot, I have a strong grasp of the place of television in children’s everyday lives and of the stakes of children’s relationship to television for adults. Yet I can’t escape a little voice popping into my head that questions whether I should really be letting my child watch TV. Does he watch too much? How much is too much? Is he surpassing the dreaded 30-hours-a-week mark? 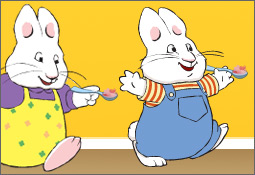 On top of the anxieties I face as a middle-class parent, a mother in particular, in a culture excessively anxious about childrearing practices, are the concerns I bring to my son’s viewing as a TV scholar and a feminist. So far, he has been relatively unexposed to commercials, thanks to TiVo (see Jason Mittell’s recent piece), PBS, and Noggin, the Viacom-owned digital cable and satellite channel offering commercial-free programming for pre-schoolers. I’d like to believe that my son’s commercial-free world removes some of the medium’s chief, junior-capitalists-in-training ills. I can believe that, until I admit what I know to be true– that all U.S. television is shaped by consumer capitalism, commercials present or not; that keeping my kid blissfully unaware of McDonald’s can last about as long as his language and social development keep him from having substantive conversations with his peers; and that my child’s early allegiance to Noggin is just what the Viacom execs have planned. (Upon reading this, said execs would surely rub together their hands in glee: “Another one hooked! The little one can be transported effortlessly from Noggin to Nick Jr. to Nickelodeon to MTV to the CW to CBS !!! A life well-lived in the Viacom family!”)

Then there are the anxieties about what he is watching. I regularly wonder how logging time as a two-year-old in front of Little Bear (developed from the Maurice Sendak and Else Holmelund Minarik books) or Max & Ruby (from Rosemary Wells’ stories) or Teletubbies (originally produced for the BBC) is shaping my son’s senses of himself and others. I’m pretty sure that 3-year-old Max, the little brother bunny on Max & Ruby, is my child’s ego ideal. I’m fond of Max and his show myself, not least for its circa 1940s setting, complete with wooden radio console on which Max listens to his favorite program, a children’s adventure serial called Superbunny! My fondness for the show’s retro tone is matched by my pleasure in its attempts to upset conventional power relations. All of the Max & Ruby stories feature young Max mischievously following his own desire and interests, defying the more adult demands placed upon him by his 7-going-on-40-year-old-sister, Ruby. Ruby’s a bit bossy, but she means well. (Can you tell that I identify with her?) Although she tries to get Max to do things like take a bath and clean up his toys, she can be equally adamant that he help her set up a tea party for her dollies or not mess up her makeshift “beach” in the backyard sandbox. Ruby is the authority figure Max seeks to circumvent, but ultimately she’s a kid, too, and often the stories end with Max’s antics creating more fun than aggravation for his sister. I like the show–and I’m pretty sure my Max-worshipping child does, too–for its recognition of age-based power differentials and its celebration of youthful transgression. Toddlers are natural anarchists, and Max is a toddler-anarchist par excellence.

As with most television, however, Max & Ruby’s attention to subordinate interests comes bound up with reassertions of dominant ideologies, in this case in terms of gender roles. Although Ruby’s responsible attitude and Max’s devil-may-care response do fall into certain gender-specific traps, what is most troubling about the program’s representation of gender is that it is offered as the secondary–and maybe even underlying–cause for the fundamental difference between Max and Ruby. It is in Ruby’s gendered difference from Max, more so than her age difference, that she becomes the less appealing, less fun-loving, and less admirable character. For example, in one episode, Ruby and her friend Louise wait eagerly for an older, boy bunny, 8-year-old Roger, to come over to play with them. They dither about, trying to find the perfect activity to share with Roger, emphasizing all the while his age and the difficulty of finding a suitably mature way to make sure he has fun. When Roger arrives, he is visibly bored with Ruby and Louise. However, Roger’s attention is captured by Max, who is zipping around in his toy car, the same toy car he had been riding as Ruby and Louise prepared for Roger’s arrival, the same toy car that Ruby deemed too childish for Roger’s interest. Roger eagerly joins the 3-year-old and it quickly becomes clear that the difference that matters between Ruby, Louise, and Roger is not that of age, for Roger and Max, at ages 8 and 3, get along famously. Instead, the difference that matters here is gender. Roger “naturally” bonds with Max over Ruby and Louise because they share something the girls do not, their masculinity. In the end, Ruby and Louise are left feeling rejected while Roger and Max have all the fun. The boys’ play is made to seem preferable to the girls’ (even though their activities are not especially “girly”) and a gendered hierarchy is reinforced.

I don’t know that my own quite young son can read these messages of gender differentiation and hierarchization in the show. For now, I think he is more into the age-based identifications the program offers. But I also know that it is only a matter of time before our gender-differentiated culture sinks in for him. I don’t want to keep him from Max & Ruby, or from any television, for I have both scholarly and personal reasons to believe in the pleasures and rewards that television can provide. But within a culture of anxiety over childrearing in general, and children’s TV viewing in particular, and within a television system in which even sweet little bunnies can be a site of hegemonic struggle, I am pretty much fated to have a perpetually conflicted relationship to my child’s encounters with TV. As a scholar, television’s contradictory impulses make for a rich object of study; as a parent, they make for a worrying presence, one I both welcome and fear.