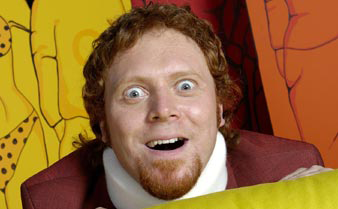 In 2002 Bo’ Selecta, the brainchild of Leigh Francis’ alter ego Avid Merrion, hit British television screens. To those easily offended it epitomised everything ‘wrong’ with popular culture with its boyish humour, penchant for expletives, and Rabelaisian obsession with bodily pleasures. It appeared to conform to a well rehearsed distinction between ‘legitimate’ and ‘illegitimate’ culture, a factor reinforced by its scheduling as late Friday night viewing on C4. For those who could not see past the colostomy bags, masturbation, and naked chicken dancing, Avid Merrion represented the second coming of ‘laddism’, a last chance for the die hard Loaded and fhm brigade to reduce and consume females as sexual objects before political correctness resigned them to the history books. Although to be fair male stars of the show suffer the same indignity, which suggests, equality in the modern era is the ability to consume everything and everybody equally. Whether this is actually beneficial to the consumer or the producer is something which the programme highlights through its caricatures of celebrity culture.

The show takes its title from a Craig David song (Re-Rewind ‘and the crowd say Bo Selecta’‘) and seems to capture the essence of our times. The fact that the crowd are so eager to imitate anything muttered by their idol suggests that there is an irrational and emotive element to consumption which defies logic. The question is: will this unequal power relationship be exploited? If the crowd will repeat anything he says, will they buy anything he endorses? By the same token the crowd may indeed get something out of this relationship. The celebrity may offer them some kind of belonging which other forms of socialisation don’t. If this is true, what is being replaced and how do we judge if this is better or worse?

The format of the programme revolves around a series of sketches involving different celebrities. Rather than presenting celebrities as complicated and talented individuals, the sketches expose the transparency of this manufactured form of celebrity, by reducing each to their core essence so that they appear as two-dimensional as their press portfolios: Michael Jackson (‘Cha mone’), Britney Spears (‘Oh waya waya’) Christina Agulara (‘I’m fucking dirty’) etc. All are the products of brand management, and conveniently there is a brand for everyone. By situating the celebrities in ordinary everyday living conditions such as caravan trailers and high rise flats the power relationship is reduced, depriving the celebrity of their aura and hold over the fan. To paraphrase Walter Bagehot ‘daylight’ must not be let in upon ‘magic’ if it is to maintain omnipotence.

As each star repeats what ever trait or slogan they are most famous for the audience is left to scoff that this is all the celebrity amounts to, they truly are no different to ‘us’, but in an Andy Warhol type of way the optic is turned back at the consumer as it is their consent which allows this process to continue. Or is it? Pierre Bourdieu has termed this the process of ‘habitus’ — that being we are the sum value of the commodities we consume. If these stars are deliberately produced, duplicitous, and trivial, what does that say about ‘us’, the people ultimately responsible for the ‘stars’ continued existence? Why do we need celebrities, what do they say which we feel we cannot say ourselves? 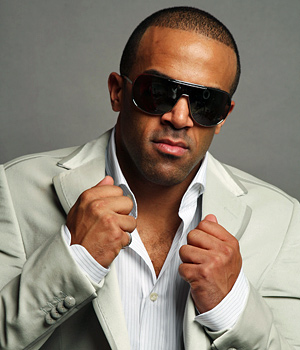 What is perhaps most interesting about Bo Selecta’ is the physical representation of each celebrity. Each character shares the same grotesque latex mask moulded from the same cast so that there is little to distinguish between them. This, as the Frankfurt School have implied, suggests that the culture industry offers pseudo-individualism, operating like a production line churning out a repetition and variation of the same thing. In the ‘post-Fordist’ era there is a mass production of niche markets so that there is an ‘individual’ personality for each consumer. Rather than taking a moralising critique about this we should perhaps ask why this is happening.

As communication systems diversify and expand they produce more information space. Celebrity culture helps to fill the insatiable void created by this emerging information economy, and within this we see hierarchies emerge — perhaps even a celetariat, as the media becomes the dominant form of production. The production of easily recognisable brands allows for instant identification which may be necessary, and welcoming, in such an overloaded information economy. To understand the consumption of celebrity culture we need to take such factors into consideration.

The beauty of comedy is it is the genre ‘without portfolio’ and therefore it is able to expose such issues without offering any kind of solution. Indeed, it is indicative of this process that Bo’ Selecta has turned Leigh Francis into a celebrity — the very thing which he set out to expose as duplicitous.