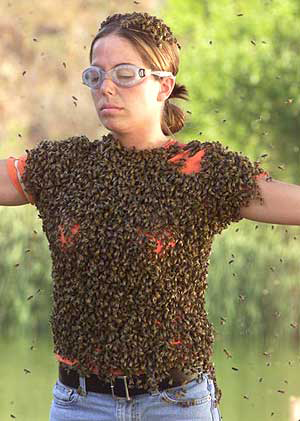 “Based on a true story.” “Inspired by actual events.” “The [insert name of real person here] story.” Well, maybe.

Networks love to market a telefilm’s roots in actual events and real people. A production can be more compelling when the audience believes that the story really took place. Never mind that the films often depart so far from the events that inspired them as to better be considered fiction. Verisimilitude is rarely a goal. Entertainment always is.

In fact, those who know the real facts behind a production typically have no interest in, or are contractually proscribed from, setting the record straight. The starting point of a production ostensibly “based on” someone’s real life is the contract with such person to tell his or her “life story.” The signatory to a “life story agreement” gives the producer unlimited control over the telling of the story without obligation to stick to the facts. S/he acknowledges that the story may be altered to the point of being “fictionalized.” S/he waives any right to sue as a result, even for defamation arising from the fictional aspects of the production. I have made many such deals over my 20-year career in Hollywood, and I always make sure that the person signing away life story rights understands the implications of doing so. The camera may never lie, but the screenwriters, directors, and editors behind them certainly do, for artifice is intrinsic to dramatization. Lawyers are there to be sure the studio, producers, and network suffer no consequence as a result.

Reality show drama is created by carefully selecting cast members from thousands of applicants to achieve a mix of ostensibly guy/gal-next-door contestants who will generate dramatic tension and interpersonal politics, then by teasing out storylines from hundreds of hours of footage. The result can be a funhouse mirror reflection of who these people really are and what really occurred. This process is supported by a legal structure in which cast members waive their right to complain about it.

The legal process begins at the beginning, with the casting of the shows. Applicants are put through a battery of physical and psychological tests. This isn’t merely to cull the herd or to discern who might work well on the show. Networks and the insurance companies that cover the shows want risks minimized to avoid lawsuits. These include obvious physical risks –Fear Factor’s producers, for example, don’t want a cast member with a hidden heart condition (even though it might make for dramatic television). It also includes psychological risk. Cast members often sign up to live in conditions meant to be psychologically trying. Such reality shows are often staffed with a clinical psychologist who offers on-set “after-care” counseling to eliminate cast members who are, after all, probably on the show for ego gratification more than anything else. But the real shock to their egos may come later when the show airs and the cast members face humiliation on national television.

In fact, the greatest likelihood of injury may be to a cast member’s reputation. A cast member may think the producers unfairly edited episodes to show her in a bad light. She may even be right. The art of reality TV comes in making editorial choices to shape a tense, dramatic narrative “reality” that may also be a distortion. Out of the endless hours of footage there may emerge a “you” that is such a one-sided view that it is hardly fair to call it “you” at all, just as the “reality” of the reality show isn’t really all that real, either. The law has a specific tort for this: it’s called “false light.” The producers may have buttressed this “false light” with scenes in which fellow cast members speak disparagingly of one another. Thus a villain emerges, fairly or not. The law has a name for that, too: defamation.

This is where the lawyers come in.

In addition to signing “assumption of risk” waivers covering every possible physical calamity from dismemberment to catching an STD, each cast member agrees to the kind of provisions that underpin biopics and other productions based on actual people. S/he waives the right to sue for being misrepresented, depicted in a “false light,” or being defamed. In effect, to appear on a reality show, you must acknowledge that you are like a character in the hands of a filmmaker working on a piece of narrative fiction.

Libel law does more than afford redress to individuals whose reputations have been unfairly tarnished. It imposes on the media a duty to adhere to the truth. In so doing, libel law engenders public confidence in reportage. The system is far from perfect and public confidence in the veracity of reporting can sometimes be misplaced. But were the public to believe that the media have been unshackled from these legal obligations, consumers would be far more skeptical of the information they receive, whether from broadcast news, print media, or what I like to call “fact-based entertainment.”

And yet it is the “fact-based” nature of Reality TV that makes it so entertaining.

For it to be so entertaining, Reality TV has to engender a new kind of suspension of disbelief, just as it suspends the law of defamation. The audience has to buy into the conceit that it is “real.” We are back to the conceit of “Based on a True Story” MOWs. Audience acceptance of the factual underpinnings of these productions changes how audiences read them. “Based on a True Story” productions alter audience pleasure by creating a false relationship between viewer and a story that becomes inherently believable. Reality TV productions alter audience pleasure by creating a false relationship between a cast the viewer perceives as consisting of “real” people responding spontaneously to the contrivances that serve as the shows’ plots. In effect, the “Based on a True Story” moniker and Reality TV both enhance viewer pleasure by relieving them of some of the need to suspend disbelief demanded by productions pitched as entirely fictional. Simply put, they make it easier for audiences to swallow.

Yet for these shows to air, the obligation to be truthful must be suspended. While producers are making an implicit contract with audiences regarding the essentially “real” nature of Reality TV, they need formal written contracts with those who appear on the programs freeing them from legal obligations to adhere to the truth. To assure that this illusion remains intact, the contracts include confidentiality provisions, too.

If a person doesn’t like the way s/he has been depicted in a movie, at least s/he can remind friends that the movie was a fictionalized dramatization. But when you appear as “yourself” on a reality show, how do you explain that it, too, was a sort of fiction? You can’t, because the “Based on a True Story” fiction has been cranked up to eleven. Audiences buy it, and by signing the contract granting “life story” rights, cast members have joined the conspiracy to create legal fictions.

Link
More on legal issues and reality TV from Playback