by: Michael Curtin / University of Wisconsin-Madison 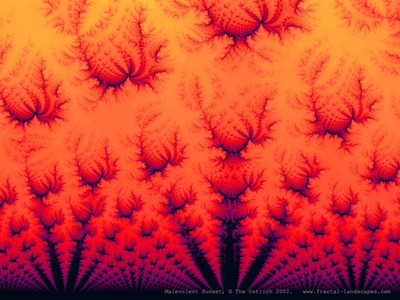 When Larry Page and Sergey Brin, the founders of Google, first started hawking their wares in 1997, they met with blithe indifference from their most likely clients. Executives at Internet portals, such as Yahoo!, said they were intrigued by the technology but unsure of its commercial potential. One of the darlings of the Internet economy, Yahoo! was at that time escalating the sale of banner ads on its homepage and privileging commercial sites in its search engine protocols. Other Internet portal executives likewise demurred when approached by Page and Brin, with one explaining, “As long as we’re 80 percent as good as our competitors, that’s good enough. Our users don’t really care about search.” That statement proved apocryphal, of course, as software critics began to enthuse about Google soon after it launched in 1998, helping to make it the world’s leading search engine in less than two years. At every turn, company executives attributed their success to a distinctive technology that allowed Google to track “back links,” but what is less commonly mentioned is that the service succeeded in part because its search engine was nimble and lean, less burdened by commercial prerogatives that sought to capture and guide web users towards particular content. With a homepage that featured a minimalist prompt on an almost blank page, Google privileged the word or phrase entered by the computer user, opening a gateway to links that helped her to make sense of the rapidly proliferating corpus of online entertainment and information. Even to this day, the service retains a sleek, simple homepage, the very antithesis of Yahoo!, AOL, or CNN.

Google’s pull media technology is popular largely because it addresses at least three noteworthy and enduring aspirations among media audiences. The first is a desire to escape at times from the world of commercial imagery. The second is a longing to create meaningful patterns and linkages in an era of symbolic excess. And the third is a yearning to counteract the imperatives of push media, which seek out audiences in order to corral them within a universe of proprietary content. Such aspirations are also manifested in the popularity of other recent technologies, such as TiVo, DVR, and podcasting, suggesting that audiences value diversity and intelligibility despite U.S. media’s current emphasis on synergy and cross-promotion.

Using these audience aspirations as a point of reference, Thomas Streeter and I have recommended four strategies for media reform in the United States.[i] The first calls for an aggressive expansion of non-commercial services to be funded both by the FCC’s upcoming auction on spectrum reallocations as well as a modest tax on commercial users of the public airwaves. Instead of engaging in dramatic David-vs.-Goliath struggles over primetime TV content or News Corps market share, it seems more reasonable to work toward the expansion of alternative resources. If our society is to be truly innovative, then we need structural diversity in media, media organized in a variety of ways, not just more and more outlets that are all following the same principle of delivering audiences to advertisers. Is one public television service enough? One community radio station? Or one or two severely underfunded cable access channels? Are reliable, non-commercial Internet resources available regarding such crucial topics as health, environment, and workplace safety? We need to expand the number of non-commercial services wherever possible but we should at the same time emphasize structural innovation: not just more public television or radio, but more kinds of public TV or radio. Why is there nothing like Britain’s Channel Four in the US? The terms “commercial” and “public” have become inadequate to describe all the different structural possibilities; we need terms adequate to the task of engendering a new era of experimentation in media.

Secondly, it seems important to support and expand the legal protection of ideas as a public resource, observing that creativity, critique, and even comedy rely upon an open circulation of ideas. Wherever possible, we need to support and extend initiatives that explicitly foreground these issues not simply as challenges to corporate conglomeration or media concentration but as fundamental questions of value attached to cultural and historical traditions of personhood. Sometimes this might mean public funding for alternative documentary production; at other times it might mean legal efforts to establish a Creative Commons or Pat Aufderheide’s and Peter Jaszi’s campaign to change the “rights clearance culture.” Regardless of the particulars, the focus should be on encouraging creativity and personal expression rather than commercial viability or political correctness. Although considered unfashionable in some intellectual circles, questions of selfhood are powerful motivating issues that are often based upon associations between free inquiry, open access, and personal expression. Given that romantic notions of the creative self crucially hinge on such associations, it seems especially important to mount a sustained movement to expand public rights related to the circulation of ideas.

The promotion of alternative media resources and the extension of public rights will most likely encourage a further expansion of symbolic production and circulation in a society already characterized by semiotic excess. How then is one to make sense of the flood of information, culture, and entertainment? Our third strategy proposes that public money go to develop or to license search engine software that would sort results so as to allow non-commercial navigation of the Internet. Google, for all its merits, is reliant on revenues from advertisers and is therefore reluctant to encourage its users to sift commercial from non-commercial search results. Consequently, one is deluged with commercial come-ons when searching online for health information on topics such as cholesterol, nutrition, or pre-natal care. A public search service would operate in the tradition of public libraries by emphasizing public access and user needs rather than promotion and sales. Commercial sites could be filtered out or perhaps sorted by even finer-grained categories related to the goals and institutional character of the web site creator, so that, say, a politician’s web site would fit in a different category from a professor’s or a library’s. Likewise, the government should begin to prod broadcasters, cable networks, and satellite services towards providing all citizens with timely and easily searchable information regarding the upcoming television and radio programming. Elite services, such as TiVo are pioneering these functions, but it will take a political effort to ensure that they become broadly available so that audiences can make sense of their options at any given time without their access being shaped by corporate prerogatives.

Our fourth proposal is less a matter of public policy than of political strategy. Taking a leaf from the corporate world, we believe that progressive groups, institutions, and even businesses should build alliances under the rubric of particular “brands”. Whole Earth[ii] is one enormously successful example of a brand (founded by Stewart Brand) that brings together under its umbrella a range of publications, websites, goods, and services. One may not agree with its politics, but the strategy is one that has operated successfully in various contexts, from bricks and mortar to clicks and portals, for close to forty years. People want information, enlightenment, and entertainment, but they also want to associate themselves with particular political agendas. They will do this by voting, petitioning, and protesting, but they will also do it through the consumption of specific products. As activists, we need to attend to the important work of building linkages that are flexible and far-reaching, what one might refer to as “left branding.” The linkages also need to be intelligible to broad audiences. Tilting at Time Warner windmills may be less important than building “brand” identities for politically progressive products and cultural resources. Some of these resources might be produced by progressive organizations while others might be available from the very conglomerates that seem willing to cater to the interests of niche consumers. By helping citizens make connections between offerings in the cultural marketplace we can enhance the availability and visibility of alternative texts, products, and services.

In our estimation, media reform advocates often expend tremendous energy attacking conglomerates and advocating regulatory restraints, neither of which squarely addresses the desires of media audiences. We hope that, on the other hand, a reform agenda might be built on the principle of expanding non-commercial media resources and making them more easily accessible and intelligible to citizens, making them more public. Only in this way might we build an alternative media universe that, like the Google homepage, privileges the user’s expressed interests as the central point of reference.