Digital: The Dark Side 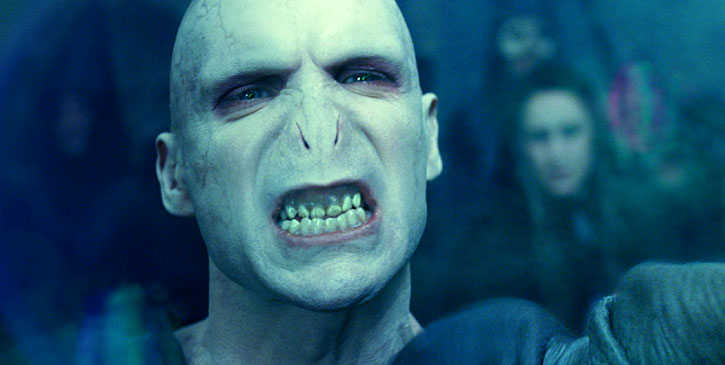 Prestidigitation: 1. Sleight of hand; the performance of tricks which by nimble action deceive the eye; jugglery; conjuring tricks.

It is a 19th century word that defines a very 21st century concern. Maybe it is because I have been feuding with my broadband provider. Or maybe it is because I have been reading reviews of Last Child in the Woods: Saving Our Children from Nature-Deficit Disorder by Richard Louv, just published by our friends down the road at Algonquin Books in Chapel Hill. I don’t know. But for some reason, for the last few days, I have been drawn to reflections on the dark side, the deceptive side of the digital world — a world that ordinarily delights me. My response to most new high-tech toys or services or sites is usually “Is that cool, or what?” And that is the attitude I most often take into the classroom. But, like Dumbledore, I realize — deep down inside — that not all wizards are good wizards. Some choose to follow He-Who-Must-Not-Be-Named. OK. I won’t say Lord V——-t out loud. But I really must assert that there is more than a little prestidigitation going on in our garden of digital delights. If we are to enjoy the legitimate fruits of the garden — we must also be willing to call a weed a weed.

The weeds in the garden are the conjuring tricks made possible by the blurring of the line between experiential reality — the touch, feel, see, taste of the physical world; and the digitized reality — the seeming touch, feel and taste — of the sights and sounds of the electronic pulses transmitted to the screens and speakers of our digital world. In that world illusion seems no different from reality. That is a problem. Consider the following illusions:

The illusion of writing v. the reality of just cutting and pasting.

The end product of many academic assignments is words on a page, or perhaps words on a screen. The process for getting the words on the page has changed radically over the past decade. Even in the early days of word-processing a professor could be reasonably sure that the student’s fingers had actually pressed the keys that formed the words that ended up on the page. One clung to certain assumptions about the thought process involved in that exercise. For example, the belief that the effort necessary to physically construct the messages was, at least in part, reflective of the intellectual effort applied to formulating the content.

The ability to simply “cut and paste” from the thousands of sources presented by Google, or Scholar.google, shatters those perhaps always foolish assumptions. Today, when I sit down to read a paper, I no longer assume that students realize the differences between forgetting the footnotes and intellectual theft. The distinction between a paper merely constructed of many pastings and a work of original thought that draws upon the works of others is, for most, shrouded in confusion; and the actual difference between scholarship and plagiarism seems, to them, more an issue of “search strategy” than intellectual ethics.

The illusion of “knowing” v. the reality of knowing “where to find.”

“I do not post my PowerPoint lecture slides on the course website.” You would think I had just confessed to devil worship. Yet, there is method in my contrariness. It has become clear to me that there is a direct relationship between students’ realization that “the slides are on the web” and their behavior in class. If you post the slides three things happen:

Don’t post your slides and all three trends are reversed. I don’t have hard data on this, but could probably Google it for you. . .

Ubiquitous access to information causes us to confuse what we can find with what we know. The problem with this particular illusion is that we really don’t need to know much of what we can find. I don’t need to know the directions to every place in town. Mapquest can handle those mysteries. But when I am confronted with a phone other than my own and realize that Speed Dial has co-opted any knowledge I ever had of my daughter’s phone number — I worry.

The illusion of experience v. living in the physical world.

Seeing is believing — or at least it was until Photoshop and Final Cut Pro. Time was when you could look at the picture or watch the film clip and have a chance of spotting any technical manipulation of the “visual truth.” The fact that we no longer can, reveals the part of “seeing is believing” that we started “editing out” back in the 50s: You are supposed to be there to see it. That’s what sideshows at the county fair were all about — you paid your quarter and went inside the tent. You decided if that was really a 5000-lb. Man Eating Crocodile from the Nile, whether he really was The Fattest Man in The World, if her beard was real. You were there, it was “right before your eyes,” “seeing was believing.”

That has all been usurped by the voyeurism of the webcam, the wonders of streaming video and the downloading of DVDs. The problem is not simply the exponential increase in the potential for deception and fraud. Perhaps even more problematic is the relocation of experience — from the world around us to the screen in front of us, and the resultant inability to gather any physical verification of the experience that constitutes our life.

It’s not just the “First-Person Shooter” games. I wish we could find a way to confine the “skills” developed in those frightfully realistic simulations to images flickering benignly on a screen. The larger issue is that we can mimic anything on a screen. Racing — auto, motorcycle, skies, skateboard, whatever. Football, basketball, baseball, streetball, wrestling, boxing, hockey. You name a human activity and I will lay you better than even money there is a video game out there that reduces the complexity of the activity to the twitching of eyes across a screen and the ceaseless movement of thumbs and joysticks. Body held in suspended animation.

When he was researching his Last Child in the Woods book, a fourth grader told Louv, “I like to play indoors better ‘cause that’s where all the electrical outlets are.” The first graders probably all know about cutting edge battery technology and wi-fi. Still, it is an unsettling quote. It is, I suppose, inevitable that in an information-based economy, work becomes sedentary to the extent that we are tied to screen and keyboard. But there is something terribly depressing about the idea that play has become passive. It is like losing Neverland.

So, is this a Luddite rant? Do I lose the laptop? Burn the Blackberry? Knock out Bluetooth? Mangle my Mac? No. Not at all. But we need to realize that digital space is both powerful and different. It enables a magical world peopled by wonderful opportunities to enrich our lives, and by an unprecedented power to deceive others and ourselves. Digital experiences and technologies are not the same as tactile, “in the physical world” interactions. Whether events, interactions and experiences occur in real or digital space profoundly affects both the nature of those thoughts and experiences and our perception of them. Furthermore, the real world/digital world dichotomy affects the nature and dynamics of the relationships that grow out of, or depend upon, those intersections.

Both environments provide and advantage tools through which we experience the thoughts and experiences of others, as well as tools that enable and enhance the understanding and structuring of our own experiences. The challenge is to discover which tools in which environment are best suited to specific realms — and which realms lend themselves to blended toolsets. It would be foolish to advocate for a blanket preference of one venue or the other. They are — what is the current parlance? — “differently-abled.” Viva la difference!