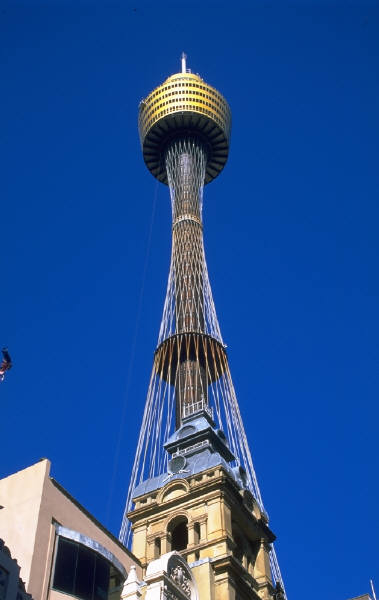 Recently, I visited Australia and New Zealand. While I was there, amongst other things, I watched some television. Watching TV in the Antipodes is a special experience for someone from Britain. Australia and New Zealand are fairly recent former colonies that still recognise the authority of the British crown and its monarch as head of state, though there is considerable republican opposition to this in both countries. Australia and New Zealand are predominantly English speaking countries that come somewhere in between Britain and the USA culturally in a general sense. When I was intending to visit New Zealand for the first time a few years ago, people told me that I would find it was like Britain in the 1950s. By the end of my visit, I concluded it was much more like the USA now. As well as American influence, the ‘Asianisation’ of Australia and, indeed, New Zealand, moreover, is especially evident on the street and when you buy something to eat or grab a taxi. These are complexly multicultural countries.

Okay, some of the architecture — particularly in Melbourne — and certain institutional arrangements remain from the British Empire. For instance, ‘public service broadcasting’, originated in Britain, still exists to some extent in Australia and New Zealand. For someone concerned about the fate of public service broadcasting back home in Blighty, at a time of privatisation and deregulation around the globe, watching TV ‘down under’ is worrying. Although the BBC (British Broadcasting Corporation) has been forced increasingly to observe market disciplines, it continues to be funded almost exclusively by public money, through the license fee, and does not take advertising. Margaret Thatcher thought briefly about introducing advertising to the BBC in the 1980s but was dissuaded from doing so because commercial companies in the ITV system (Independent Television) complained that it would reduce their revenue.

As American sympathisers with public service broadcasting know only too well, advertising revenue is an enormous determinant of US programming and the experience of watching TV. In Britain, it is possible for the viewer to avoid advertising by watching BBC channels. Not so in the Antipodes, where public service television is now funded significantly by advertising, with the obvious commercial consequences for programming that this entails.

The main channels with something of a public service remit and funding in both Australia and New Zealand are undistinguished, to say the least. The mix of American crime shows, soaps, heritage dramas and ever-wackier game and talent shows is depressingly familiar from British commercial television and the populist end of BBC programming. The news is pretty awful, evincing a strange mixture of globalisation (mainly represented by the USA) and parochialism (mainly local celebrities and sports). In response to this admittedly cursory impression, I was prompted to invent a new concept to rival Roland Robertson’s ‘glocalisation’, signalling interaction between the global and the local. My concept is ‘globoprovinicialism’. There’s the New World Order and then there’s Melbourne, Sydney or Wellington.

For a Briton, though not necessarily an American, the most interesting aspect of TV down under is its multicultural terrestrial services. Australia and New Zealand have a considerable range of migrant communities from Europe and Asia as well as very significant indigenous peoples, the Aborigines and the Maoris. We have little in the way of multicultural programming on British TV, occasional programmes but no dedicated channels except for Channel Four Wales.

In Australia, the channel that caught my eye most is SBS (Special Broadcasting Service). On a couple of mornings when I switched on I caught some Russian news and Italian news, not just about Russia and Italy, but from Russia and Italy. The evening news bulletin is in English but it is about the world in a very extensive way. SBS broadcasts European football matches and foreign-language films subtitled in English. Multicultural programming started on radio before the television channel was launched. SBS at present receives triennial public grants and advertises only between programmes, not within them.

One of the stars of multicultural broadcasting in Australia, Mary G, made the transition from radio to TV. Mary G, a man in a frock, is a kind of Aboriginal Barry Humphreys/Dame Edna Everidge figure. His show, which includes studio chat and comic sketches, is hilariously funny. It is the most prominently national programme of the Aboriginal broadcasting service based in Alice Springs.

Turning to New Zealand, there is nothing in particular that is distinctive enough to commend its television services, possibly with the exception of Maori TV. The Maoris in New Zealand were always more belligerent than the Aborigines in Australia. They gave up sovereignty in return for ‘protection’ by the British crown in 1834. The treaty that was agreed then is the basis for subsequent struggles over Maori rights, for instance, Maori custody of the sea-beds and the foreshore, which has now been violated by recent governmental legislation in order to sell seaside land to the tourism industry. More diffusely, Maori traditions and language have persisted and are currently showing signs of recovery. However, there has been great concern over the loss of Maori language in younger generations. To rectify this and to restore a distinct Maori identity, there has been Maori-language broadcasting on radio and television for some time. Only in 2004 was a dedicated Maori TV channel finally launched. This was the result of long drawn-out campaigning and negotiation with the public authorities. In 1989, New Zealand On Air was set up in response to the semi-privatisation of public service broadcasting. It has provided public funds for the development of Maori broadcasting, though, as a glance at Maori TV would confirm, not lavishly so. The formation of Maori broadcasting services and companies to supply programmes has been beset with difficulties and, indeed, controversy over the use and misuse of public money.

What did I make of Maori TV in the few hours that I was able to see of it? First, there is clearly a tension between an authentic and ghettoising mentality, on the one hand, and a crossover mentality on the other hand. A great deal of programming is very earnest, especially in shows that tackle social problems like alcohol abuse and seek to foster Maori traditions and language. Most notable here, is teaching the language through soap opera plots and instruction on traditional Maori customs and ceremony such as greeting visitors by pressing noses with them. All of this suggests that a great many Maori’s do not speak the language or routinely observe traditional customs in everyday life. Manifestly evident from the programming is that young Maoris are enthusiastic participants in a global youth culture that is massively influenced by black American music and style. There is a good deal of rapping, hip-hop bodily gesture and hand movements in music video items. Also, young presenters tend to speak in both English and Maori, so I for one could understand what they are saying, which is not true of much of the exclusively Maori-language programmes, where I had no idea of what was being said because they are not subtitled. Perhaps surprisingly, Maori TV does attract non-Maori viewers, who may be peculiarly sympathetic to Maori culture or, perhaps, just sick and tired of the overwhelming commercialism on the other channels. As yet, there is no advertising on Maori TV.

Acknowledgements
I would like to thank Ruth Harley, Paul Jones and Mohammed Musa for helping me understand what is going on in Australian and New Zealand television with regard to multiculturalism.