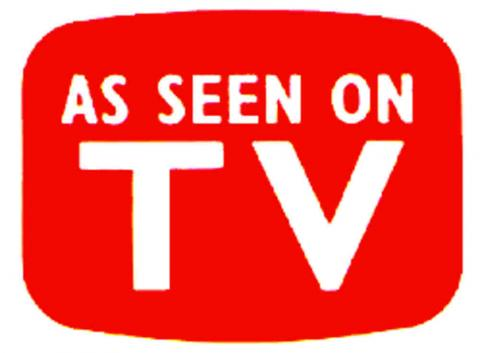 This issue of Flow launches during a time when television, when it, when–well, I don’t know. I wish I had a pithy one-liner about the state of television over the last two weeks–about an omitted news event, about where it lies in its seasonal development, or about the new confessional Whattaburger commercial–but I don’t. The reason? When I turn on the television I watch the stuff that doesn’t count: infomercials, home shopping channels, and late-night dating programs; those shows that live in the margins where TV’s flow turns viscous. Ron Popeil is my Paris Hilton, Roger Lodge my Oprah, and Jack Van Impe, that apocalyptic visionary, my Peter Jennings.

Last year the purchase of my first television and an erratic sleep schedule begat my interest in the night-owl world of coin collections and super vitamins. I remember thinking that by watching such garbage guiltlessly I had failed my entrance exam to the academic world of media studies, an unremittingly “leftist” world of angry media reform cheerleaders. Hey, I’m angry too. And on the left. And I dressed as a cheerleader one Halloween. But when it comes to television I threw in the towel (er, pom-pom) long ago. TV owes me nothing; TV is not a source of information; TV does not resemble the world. Nihilistic? Probably. Apathetic? Probably that too. Not that I’m apolitical, just that I’m not going to look to Friends or 48 Hours as my political battleground. Perhaps because I grew up in the 80s I never experienced the democratizing potential of television, and maybe that’s why televisual forms function for me more as art?

If nothing else, this viewing approach elevates television’s margins and levels some of its hierarchies, hierarchies that much of the television scholarship I have read mimic. This approach also allows an informercial, for example, to look starkly honest, an essential part of the answer to the question, “What is television?”

In their own way, each of this issue’s columnists address that question: