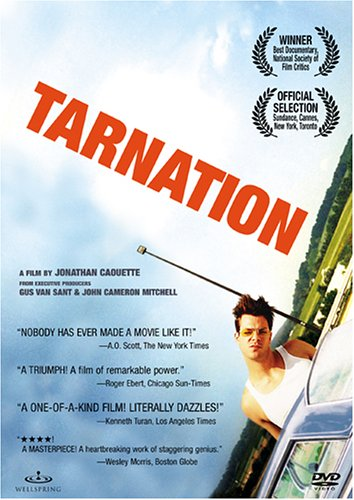 Veteran filmmaker David Van Taylor spent months following one-time Contragate schemer Ollie North on a political campaign for his film, A Perfect Candidate. At one stop, he caught North surveying the crowd singing and swaying along to a singer intoning, “God Bless America.” He had to pay the Irving Berlin estate several thousand dollars to use the song.

Budding filmmaker Jonathan Caouette spent $218 to make a movie on his Macintosh about his dysfunctional family, Tarnation. It went to Cannes and was released in theaters. But because the film interwove with images of his family many references to popular culture — each of which had to be cleared with the copyright owners — the film ended up costing $400,000.

Getting a copy of Eyes on the Prize, the classic documentary series on the civil rights movement, has turned into an e-Bay hunt for librarians. Why? Because rights to the many quoted images and sounds in the historical series have expired, and would cost more than $500,000 to re-license. The series is no longer in commercial distribution.

These are only three examples of the outrageous consequences of today’s interpretation of copyright law discovered in a report my co-author Peter Jaszi and I just completed at American University, “Untold Stories: The Creative Consequences of the Rights Clearance Culture.” They testify to the fact that unbalanced interpretation of copyright leads to a creative stranglehold.

Filmmakers must pay a license to use a pop song that may play in the background in a pizza parlor, an image or sequence from a movie, or from archival footage owned by someone else. They may need to pay not only songwriters but performers, not only movie studios but actors. There is no central place to find out who owns what. There is no rule of thumb for pricing. No one has to agree to license. And it doesn’t matter if you didn’t intend to quote it. Did somebody sing “Happy Birthday” in your documentary? Too bad — you owe Time Warner a small fortune.

A system that has a logic — it’s fair to pay others to use their work — is spinning out of control. The copyright stranglehold has been tightening over the last decade, as media consolidation has also consolidated control over film and photo archives. It has also been driven by big media companies’ fear of digital copying. Copyright, which has always contained rights for users as well as for owners, has increasingly been tilted toward the rights of owners. Rights of users, such as “fair use,” are getting harder and harder to use. (“Fair use” is guided by one general concept: Do the public cultural benefits of the use outweigh the private economic costs?)

The copyright creative stranglehold may be strongest where it is hardest to see: on the imagination itself. The strictures of copyright clearance today make documentarians avoid social criticism, cultural commentary, historical films, satire and parody.

“The biggest problem is self-censorship,” said filmmaker Jeffrey Tuchman, who regularly works for the major cable networks. “You don’t try what’s not possible.”

What’s not possible is decided by the people who show documentarians’ work — especially broadcasters and the all-important errors-and-omissions insurers. They avoid the very whiff of litigation, even frivolous litigation. And so balancing features of the copyright law, like fair use, simply are ruled out.

At the same time, some filmmakers are fighting for their rights, including the right to fair use. For instance, Robert Greenwald successfully asserted his right to quote Fox News without license fees in his documentary Outfoxed.

The problems faced by documentary filmmakers are also faced by book authors, musicians and other artists. But because documentarians both want copyright, as a protection for their own work, and also need to quote other people’s work, they have ended up, willy-nilly, on the front lines of a battle for the right to quote and comment on our own culture. No digital-era solutions (Internet-fed distribution for example) work without the permission to quote material that somebody already owns.

They may also become part of the solution. The study shows that artists who understand copyright law better — especially its balancing features — have more creative freedom, and that more education of creators and gatekeepers is critical. Furthermore, filmmakers already have some common ground to assert standards for fair use in documentary filmmaking. The Center for Social Media is now coordinating the formation of a collective statement by documentary filmmakers of best industry practices around fair use. This can become a valuable tool for negotiating contracts and even in the courts.

For more information on the Statement of Best Practices, go to The Center for Social Media, where you can also find the full text of the report “Untold Stories: Creative Consequences of the Rights Clearance Culture for Documentary Filmmakers,” a project of the Center for Social Media and the Project on Intellectual Property and the Public Interest at American University. A free DVD that includes a 7-minute film and the study is available simply by emailing