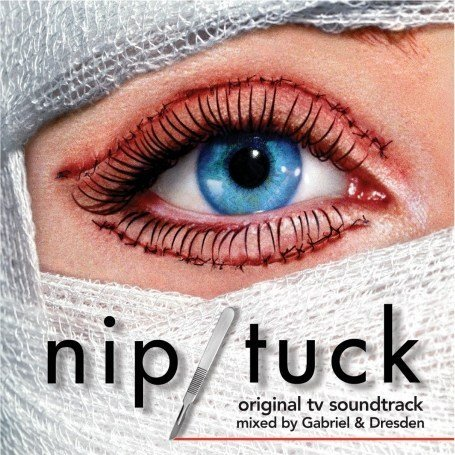 The structure of this journal (multiple topics visible at a glance, with ever-more links) looks like how I imagine my brain to be inside. As a TV scholar and teacher, my brain is pretty much all about “bouncing around.” I think FLOW’s structure also parallels the TV experience for many today: TIVO links and recommendations, opportunities to catch missed episodes, the “bouncing” TV seasons. This is definitely the place to be discussing TV! That said, what to write about? My strategy was to revisit past columns and see what triggered my interest. That was a miserable failure — too much to choose from, and a likelihood that some other more organized columnist would beat me to the punch. So I’m going with a topic that my husband (and many of my students) swears is uniquely my own and begging for explanation: the inside of my brain. Right now, the neurons babbling the most loudly are chatting about “Meaningful Mysteries” — shows I am obsessed with because they offer up overarching mysteries that extend beyond the “mystery solved!” formula of today’s procedural-dominated landscape.

The shows I have in mind are: Nip/Tuck (which I watched backwards and I think may have enjoyed more for that), Desperate Housewives, Lost, Medium (technically a procedural but see below), Veronica Mars, and Wonderfalls (cancelled but living with unaired episodes on DVD.) Clearly I can’t break down each of these shows (which, by the way, you should all be watching, either because you love TV and/or because you teach it), so I’m “forced” to forge a connection. Go ahead and laugh, but I think psychoanalysis is the route to take (again, my husband and students are likely to concur, albeit in a different sense.)

All of these programs are rooted in an overarching mystery to varying degrees. Nip/Tuck has left us hanging with a serial rapist about to attack; Desperate Housewives is prompting speculation about why Mary Alice committed suicide (among other mysteries); Lost has a “simple” mystery (where/why the hell are they?); Medium has weekly criminal mysteries matched with a larger mystery of how the psychic DuBois family handles the uninvited visions they receive; Veronica Mars has a periodically missing mother and a dead best friend; and Wonderfalls features inanimate objects come to life who guide the cynical Jaye to perform unwilling acts of kindness. There’s a way to fit even Nip/Tuck in here if I wanted to go the Freudian “what do women want?” route. But I’ll take things in a different direction psychoanalytically. 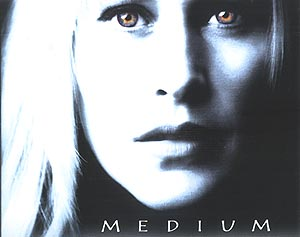 Humans like to figure things out, from why bad films win Oscars to why that girl from the 6th grade teased you so mercilessly. We like puzzling over such psychological and emotional issues — both on a personal and (Jungian) collective or social level. Storytelling has been a strategy across cultures for us to work through our fears and desires, and TV is just one of the more recent manifestations. Epistemophilia explains the pleasure in this process — and this is where TV in general and the “Meaningful Mystery” shows in particular take flight. The pleasure, from a psychoanalytic perspective, comes in the process of trying to figure things out. In other words, we enjoy the “chase” more than the “catch.”

Don’t ask me to fit in Law & Order or CSI here — that’s a different psychoanalytic ball game. Look instead to the shows I listed: their mysteries extend beyond solving a crime to pondering “larger” mysteries, very Freudian in nature. Why do people abandon us? Why do dead people return to bother us — literally and figuratively? Why do we end up with the people we do in our lives? Is there such a thing as karma? The uncanny, a la Freud, occurs when something threatening emerges that is oddly familiar to us at the same time; we are compelled to return to that mystery (why is it familiar? why is it threatening?) over and over until we master the situation (i.e., remove the threat.) TV watching is all about returning (week after week, season after season), and these shows add a more overt thematic layer of “returning,” as seen in the questions I rattled off above. What pulls me in further is that they turn Freud’s uncanny upside down: the overarching mysteries provided and the epistemophilia provoked situate the uncanny as something with potential rather than as a threat-infused monster to conquer. (This is perhaps best exemplified by Locke early on in Lost, who “looked into the eye of the island” and “saw something beautiful.”) Further, the use of literal mysteries provides viewers with the epistemophilac (probably not a real word) pleasure of prediction (what comes next?), while the overarching span of the mysteries prompts the twin pleasure of speculation (why will that come next? what is the meaning of the mystery itself?). Throw in the Internet, and you’ve got an ever-expanding web of topics that become inextricable from each other as viewers discuss their show’s mysteries — a never-ending source of epistemophiliac pleasure.

Lacan might chime in here and explain that we constantly seek a return to jouissance — that state of blissful oneness we apparently had pre-birth. There’s something there I think; but again, for me it is about being in the midst of the mystery-solving itself. I don’t want to achieve jouissance — that would mean the game is over. This is perhaps why I get bored with procedurals (and why others prefer them.) It may also explain the increasing soap operatic aesthetics of TV — something Horace Newcomb saw coming long before the rest of us.

I leave you all with a jumping off point for discussion in the spirit of solving mysteries and in the spirit of this journal: Is there a reason that there has been a “mini-explosion” of such shows recently in TV? And how do the pleasures of being immersed in a mystery interact with the pleasures/displeasures of the content of these shows (see Allison McCracken’s recent discussion of Lost and religion)? I write again in June, so be interactive and use the FLOW response links to choose a topic you’re interested in and calm my bouncing neurons: 1) season finales, 2) “mid”-season hits and misses, 3) fiction Peabody winners, 4) what got cancelled that shouldn’t have, 5) Everybody Loves Raymond‘s version of feminism, or 6) Degrassi on “the N.”