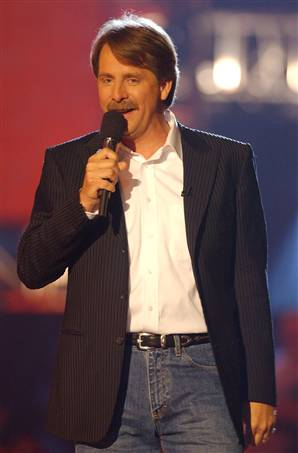 I was channel surfing late one evening when I stumbled upon a rebroadcast of Comedy Central’s Roast of Jeff Foxworthy. Although I did not view this special when it originally aired (March 20, 2005) and there were less than 10 minutes remaining in the show on this particular occasion, I decided to stay tuned. About half way through the final roast, comedian Bill Engvall quipped, “You might be Jeff Foxworthy if … you’ve shot everything except a successful TV show.” The joke was a stab at the dismal and thankfully short-lived Jeff Foxworthy Show, which ran for only a season on ABC (1995) before being moved to NBC where it was cancelled in 1997. But as is often the case with humor, this joke was operating on more than one level. The reference to hunting reflected the “blue collar” content that has made Foxworthy famous and the joke’s form mirrored Foxworthy’s well-known punch line, “You might be a redneck if … [fill in a stereotypical working-class behavior].” In the face of such comedic genius, there was only one acceptable response. Laugh. So, I did. 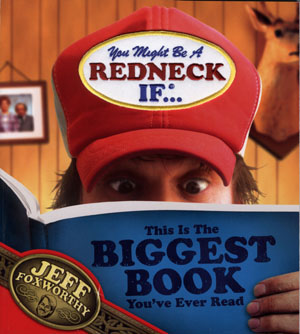 With humor, timing is everything — not just rhetorical timing, but also social timing. In this regard, Engvall’s joke is rapidly becoming “not funny.” You see, if success is measured by what one’s done lately, then The Jeff Foxworthy Show is the exception, not the rule. Best-selling author and multiple-time Grammy nominee Jeff Foxworthy is now “the largest selling comedy-recording artist in history.”[1] His 2000 comedy concert, “The Blue Collar Comedy Tour,” with fellow comedians Bill Engvall, Ron White, and Larry the Cable Guy sold out theaters coast to coast (grossing 15 million dollars), produced a best-selling live album, The Blue Collar Comedy Tour Live, and generated the highest rating of any feature film to premier on Comedy Central, Blue Collar Comedy Tour: The Movie.[2] But perhaps nowhere is Foxworthy’s current success more evident than with his sketch comedy show, Blue Collar TV, on the WB. The show, which Foxworthy executive produces, premiered July 2004 and was the second most watched program during its 8:00 PM time slot, garnering 5.4 million viewers.[3] Simply stated, you might be Jeff Foxworthy if … you’ve become a multi-millionaire by cracking redneck jokes.

As a media critic, one could take up Blue Collar TV from a wide variety of perspectives. The TV show — an unapologetic recycling of much of the Blue Collar Comedy Tour — certainly lends itself to a political economic analysis of corporate ownership, cross-promotion, and media synergy. AOL Time Warner has successfully repackaged Foxworthy’s image and material in a wide array of products. Jeff has had his own HBO special (HBO Comedy Hour: Jeff Foxworthy: Totally Committed) and (surprise!) won TNN’s “Comedian of the Year” three years in a row. His Blue Collar Comedy Tour: The Movie and corresponding soundtrack were produced by Warner Brothers, as were his comedy albums You Might Be a Redneck If…, Games Rednecks Play, and Have Your Loved Ones Spayed Or Neutered. The Roast of Jeff Foxworthy aired on Comedy Central, and Blue Collar TV was produced for the WB and re-airs on Comedy Central. HBO, TNN, Warner Brothers’ movies and records, the WB, and Comedy Central are, of course, all owned by AOL Time Warner. In other words, you might be a massive media conglomerate if … you own Jeff Foxworthy.

I would like to come at Blue Collar TV from another critical perspective, however — one that aims to understand the appeal of the show. Structurally, Blue Collar TV is a sketch comedy show similar in format to Chappelle’s Show (Comedy Central, 2003-present). It typically opens with a monologue by Foxworthy that is followed by a series of themed skits. Past themes range from family and television to bad jobs and marriage. Each episode also features a word being added to the “Redneck Dictionary.” Sample words from Season 1 include “fascinate” (Usage: “Clem ordered a light beer because he was getting too big for his shirt — it had nine buttons on it and he could only fascinate”) and “mayonnaise” (Usage: “Mayonnaise a lot of pretty women in the bar tonight”). This may be sufficient data for many TV enthusiasts to determine they are not fans. And believe me, Blue Collar TV has plenty of “not fans,” particularly among critics. In his review of the show for popmatters, Terry Sawyer comments, “When I watched Blue Collar TV, I couldn’t help but think of how homogenized images of ‘working class’ folks have become. Now, ‘blue collar’ means white, Southern, alcoholic redneck. Blue Collar TV is a comic blight, a bastion of jokes well beyond their expiration date culled from e-mail forwards sent by the least funny of your coworkers.”[4] I identify with Sawyer’s critique, as Blue Collar TV is decidedly sexist, classist, racist, and homophobic.

But that still does not explain its appeal. Why do so many people watch and enjoy the show? One possible answer is suggested by Russian literary theorist Mikhail Bakhtin’s discussion of “carnival” — a concept he borrows from the work of Rabelais. “Carnival is,” explains Ferguson, “a particular kind of humour, characterized by vulgarity and excess.”[5] In the Middle Ages, carnival was a time of celebration that involved the reversal or abandonment of “normal” and “polite” social codes. In privileging the macabre and the grotesque–particularly the grotesque body — carnival offered “temporary liberation for those whose lives were bleak and oppressive.”[6] By celebrating drunkenness, corpulence, sexual excess, and flatulence, Blue Collar TV offers a similar release for working class viewers. Symbolically, it inverts the codes of “refined” (read: wealthy) society. It gets right up in the face of elite culture and breaks wind … loud, stinky wind. That said, Blue Collar TV does its work through the voice of a multi-millionaire, who is “owned” by a transnational media conglomerate. To coin a phrase, you might be a postmodernist if … you appreciate the irony.

Image Credits:
1. Jeff Foxworthy
2. You might be a redneck if…